Brawn: Gimmicks not the answer for F1 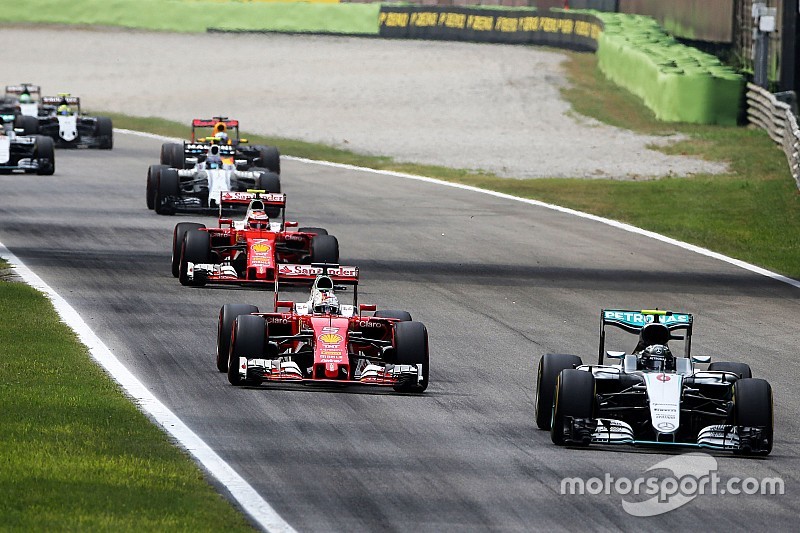 Formula 1 chief Ross Brawn says that there will be no knee-jerk reactions to try to improve the spectacle of the sport under its owners, as he questioned the value of gimmicks like DRS.

Brawn is part of Liberty Media's new management structure, with his focus on helping with the sporting aspects after long-time supremo Bernie Ecclestone was moved aside as CEO.

While there are clear frustrations with what F1 is currently delivering, Brawn is adamant that the best way forward is to create a five-year plan of improvement than try to find quick fixes.

"There will be change, of course," Brawn told Gazzetta dello Sport. "With Carey as president and CEO, myself on the sporting side and Sean Bratches in marketing and media, decisions will be more cohesive. And then we will involve the FIA, teams and organisers.

"In recent years I have seen that F1 is unresponsive [to change]. To deliver continuity is obviously important to everyone, but we must be careful to preserve the essence of grands prix.

"For my part, after a period of study, we must think of a three to five-year plan and introduce innovations gradually. Acting quickly could be counterproductive."

Brawn said that it was important that fans were consulted about the direction they wanted F1 to go, and that any revisions to the rules were well thought through.

In the record-breaking GPDA/Motorsport.com Fan Survey of 2015, there was a overwhelming desire to see F1 make changes, but not through the use of gimmicks.

From more than 215,000 responses, 89 percent called for a more competitive F1 - but there was little support for ideas like reverse grids (18 percent), success ballast (26 percent) or customer cars (44 percent)

Instead, 74 percent of fans believe the rules should be relaxed to allow greater diversity of cars and technology. They preferred to see a tyre war (80 percent) and the return of refuelling (60 percent).

Brawn said that he too was sceptical about the use of gimmicks, like DRS, double points and elimination qualifying, that have been pushed through in a bid to artificially create excitement.

"We must avoid, as has happened in recent years, falling into the temptation to artificially create the show," he said.

"But I agree on the need to make sure that there is more competition. To do this we need patience, we can not overhaul everything. To switch from black to white would be a mistake: this is a complex sport."

Although sketching out a five-year plan, Brawn did suggest in a separate interview with the BBC that he had ideas that he wanted introduced as early as 2018.

"We need to make sure there is no artificial solutions," Brawn said. "The drag reduction system; everyone knows it's artificial. We need to find purer solutions.

"We need to think through the solutions. I have ideas - I can't share them all with you because I want to share them with the teams first - but I have ideas of things we should start to study and perhaps use in '18 or '19."

No more knee jerk F1 decisions: Ross Brawn speaks on his vision for a new F1