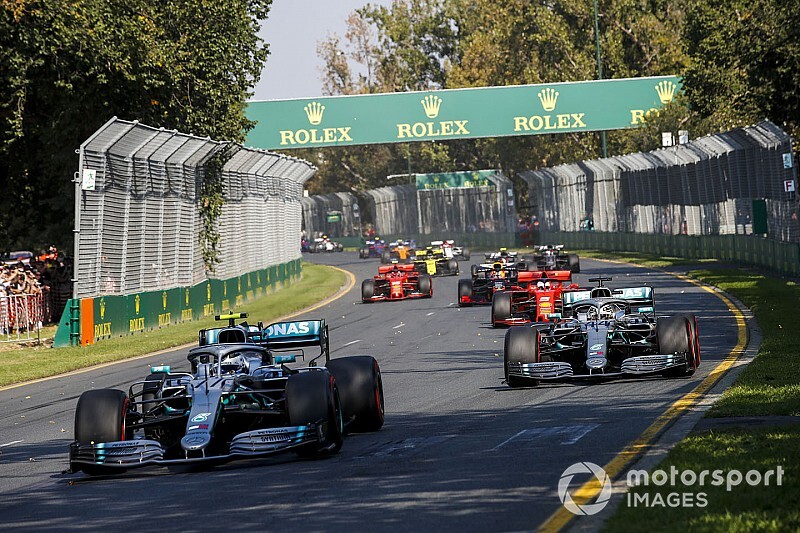 Valtteri Bottas was left stunned by his Australian Grand Prix victory, which he called "definitely my best race ever" in Formula 1.

Bottas dominated the season opener after getting ahead of pole-man and Mercedes teammate Lewis Hamilton on the run to the first corner at the start.

It marks his first win since the 2017 season finale in Abu Dhabi, after bad luck and poor form at the end of the year left him win-less in 2018.

Asked if he felt it was his best race in F1, Bottas said: "I think so. I don't know just what happened.

"The car was so good today. Truly enjoyable, and I need to enjoy today."

Bottas also claimed the first bonus point of the season by setting the fastest lap of the race on the penultimate tour.

It gives him 26 points, the biggest single-race haul from a driver in F1 history, and leaves him eight points clear of Hamilton atop the standings.

"I knew it's a new rule for this year, as I had really strong pace I wanted to go for that in the end," said Bottas of the revived fastest-lap point.

"It's always risky with the worn tyres but it was worth it. [I'm] happy and can't wait for the next race."

Hamilton paid tribute to his teammate's performance after being forced to keep Ferrari driver Sebastian Vettel and Red Bull's Max Verstappen at bay during different stages of the grand prix.

He finished well adrift of Bottas but that was exaggerated by a forced early pitstop to cover Vettel, which put both drivers on a slower strategy than the race winner.

"It is a good weekend for the team so I have to be happy for everyone," said Hamilton.

"Valtteri drove an incredible race today so deserved it. We have some work to do, [but] it is more than we could have hoped for as a team."

Hamilton said he had some "ideas" where his qualifying pace went but would save that for his debrief.

He said losing the win after starting on pole was "a little bit frustrating when you have a good weekend up until that point, but I will work hard to do better next time".

Bottas has dedicated his victory to long-serving FIA race director Charlie Whiting, who died ahead of the season-opening weekend.

Whiting was at the Melbourne circuit on Wednesday but passed away overnight after suffering a pulmonary embolism.

Bottas ended an answer in the post-race press conference to ensure he paid tribute to the popular and respected 66-year-old.

After responding to a question about the fastest lap bonus point, Bottas asked: "Was this the last question?"

When told it was, Bottas said: "I just want to say, thank you Charlie.

"This win is for Charlie and all his work for Formula 1. He's done massive amounts. What he's done, it means a lot to all us drivers."