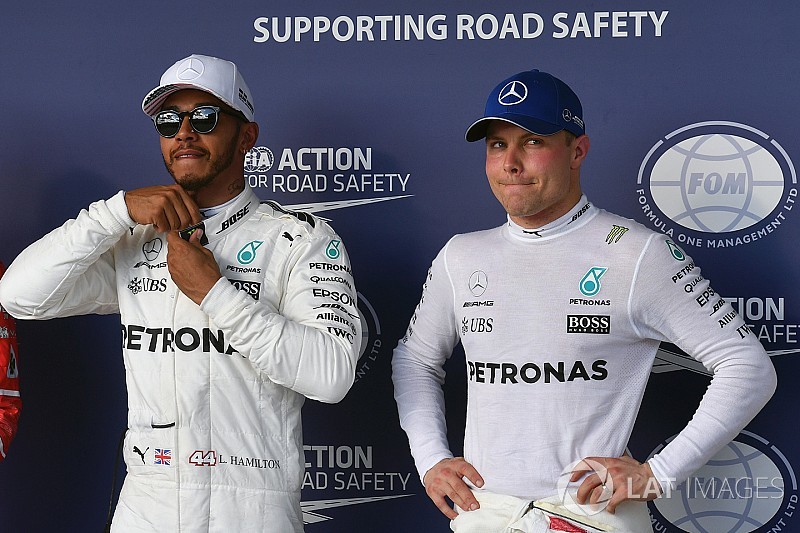 Valtteri Bottas admits he didn’t realise how hard four-time Formula 1 champion Lewis Hamilton works until he partnered him for the first time at Mercedes this year.

Bottas joined Hamilton at the title-winning F1 team for 2017 after the shock retirement of last year’s world champion Nico Rosberg.

The pair have built a strong and friendly working relationship, which is in stark contrast to Hamilton’s previous partnership with Rosberg.

Speaking to Motorsport.tv’s weekly program The Flying Lap, Bottas said: “I always knew he was a good driver, but I never knew how much he works.

“He works hard, he spends a lot of time with the guys, at the race weekends, visits the factory quite a bit.

“I didn’t know him as a person at all really, it was only what I’ve seen from the outside. This year, I’ve learned he’s a very nice guy, just a normal human being, as the rest of us.

“[He has] good manners, good respect and doesn’t play any games.”

Bottas has impressed, winning two races and playing a key role in helping Mercedes win its fourth consecutive constructors’ title, but he has been outclassed by champion Hamilton, who has taken nine wins.

The Finn has excelled on tracks with low abrasion surfaces, such as Russia, but struggled on tracks at the other end of the spectrum.

“The issues I’ve had in some races this year, especially after summer break - where we had circuits like Spa, Suzuka, Malaysia - those were places I struggled the most, the Tarmac is a bit rougher,” he said.

“There are longer corners, more high-speed corners where you put more energy through the tyres. On smooth asphalt, you can drive it a bit differently. So we have seen a bit of a pattern there.

“I’ve seen a clear direction on which things I need to work on in terms of my driving style and how I set up the car on those kinds of circuits.

“Definitely from those races I have struggled, I’ve learned massively. I’m confident if I went back again, I will perform better.”

With a year under his belt and a contract extension that ensures he will stay with the team for 2018, alongside Hamilton, Bottas is hopeful of making a step forward next year.

“I’m personally expecting much better,” said Bottas. “I’ve learned massively this year from the whole team, from Lewis and from my own struggles.

“I believe if I work hard during the winter, analyse everything and start the new season with a team I know and with a car that I know much better because I didn’t know it at all this season, I’m expecting much more.”