Valtteri Bottas says he was left confused about where his pace disappeared to on Saturday, as he ended up third on the grid for Formula 1’s Qatar Grand Prix.

The Finn had made a strong start to the weekend in Friday practice, and was again on top of the standings in Saturday morning’s final session before qualifying.

However, he said that from the start of the day’s running he had not felt as comfortable as before with his car – and that explained why he couldn’t match teammate Lewis Hamilton who took pole position.

“It's been a good weekend so far, until the qualifying for me,” said Bottas.

“I felt really comfortable and strong in the car, but I don't know what's happened overnight.

“I could feel in FP3 that the wind was different to yesterday. I was still fastest, but I had to push a lot, and so I knew that I really couldn't find much more.

“And in quali, I struggled quite a bit, especially in turn one. I struggled to get the tyres ready, unlike yesterday evening.

“We need to have a look. Honestly, I tried my best but I’m a little bit confused about what happened with the car overnight.” 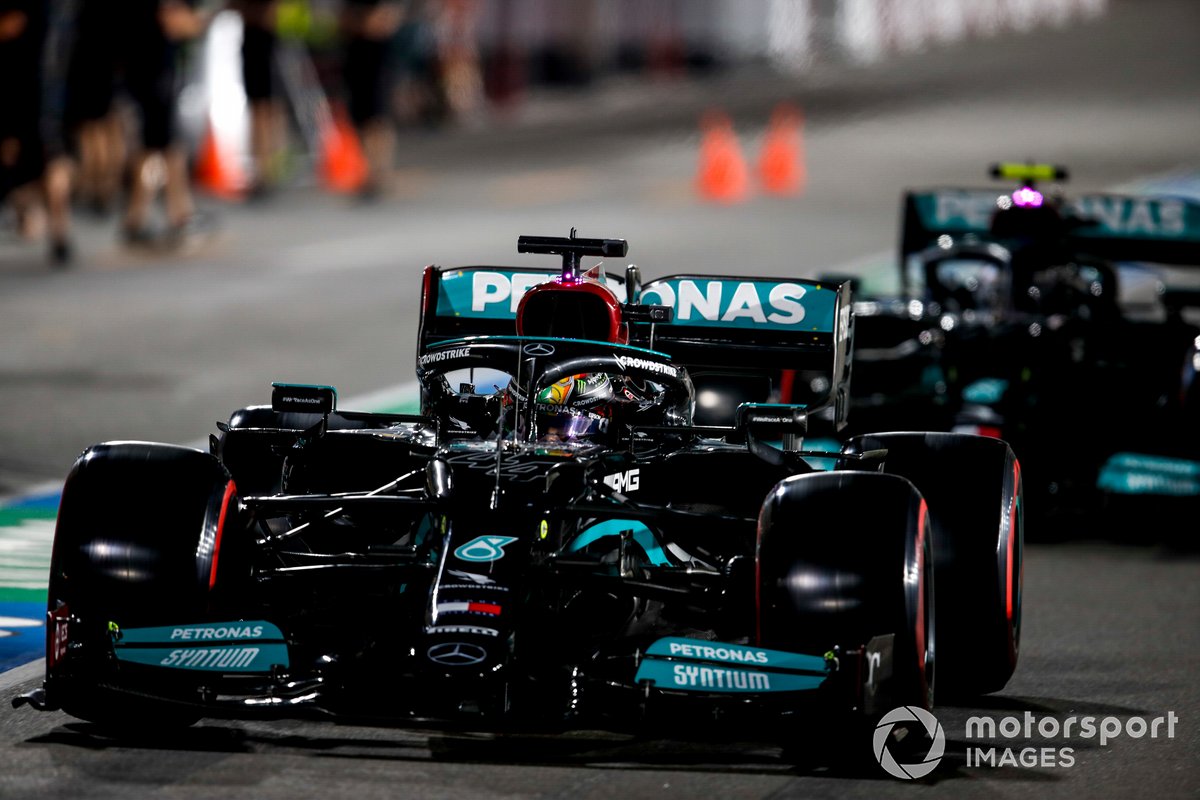 While Bottas felt his car was worse than Friday, Hamilton said a late-night session with his engineers at the Losail circuit had transformed his feel inside the Mercedes.

“Yesterday was a really difficult day for me actually,” he said after grabbing pole position.

“On Thursday and Friday, I wasn't feeling too well. So I really struggled throughout practice and I was just off yesterday.

“I really had to dig deep. I was here until midnight last night working with the engineers, who also always work so late as they're just such hard workers, and found a lot of areas in which I can improve.

“We made some changes for P3 and it seemed to work, and then of course, you've got to try and carry that through into qualifying.

“But I'm so grateful for the timings that they put us out on track. We didn't have any traffic and then just that last lap was beautiful. It was a really sweet lap.”

Qatar GP: Hamilton storms to F1 pole ahead of Verstappen