Ferrari Formula 1 team principal Mattia Binotto believes that learning from the Monaco Grand Prix strategy errors “will make us stronger” as it vows to bounce back in Baku.

Polesitter Charles Leclerc was leading the race when Ferrari made several strategic blunders during the race's transition from wet to dry tyres, which not only made Leclerc lose the race to Red Bull's Sergio Perez but bumped him off the podium to finish fourth.

“Sometimes mistakes can happen but there have been too many mistakes overall,” a furious Leclerc said after another chance to win his home race evaporated.

“It is hard as it has been in the other years here, so I am getting used to it and getting back home feeling disappointed, but we cannot do that, especially in a moment that we are in now.”

Team boss Binotto believes Ferrari will learn from its judgement errors as the team gets more used to fighting for wins again, something it hadn't been able to do consistently over the past few years.

“I'm pretty sure that those situations will make us stronger,” Binotto said. “And we are pretty aware, being competitive is a fact; winning is another task. And it's another level of difficulty.

“And I think as a team, we are still progressing, learning and maybe it will take some more time.” 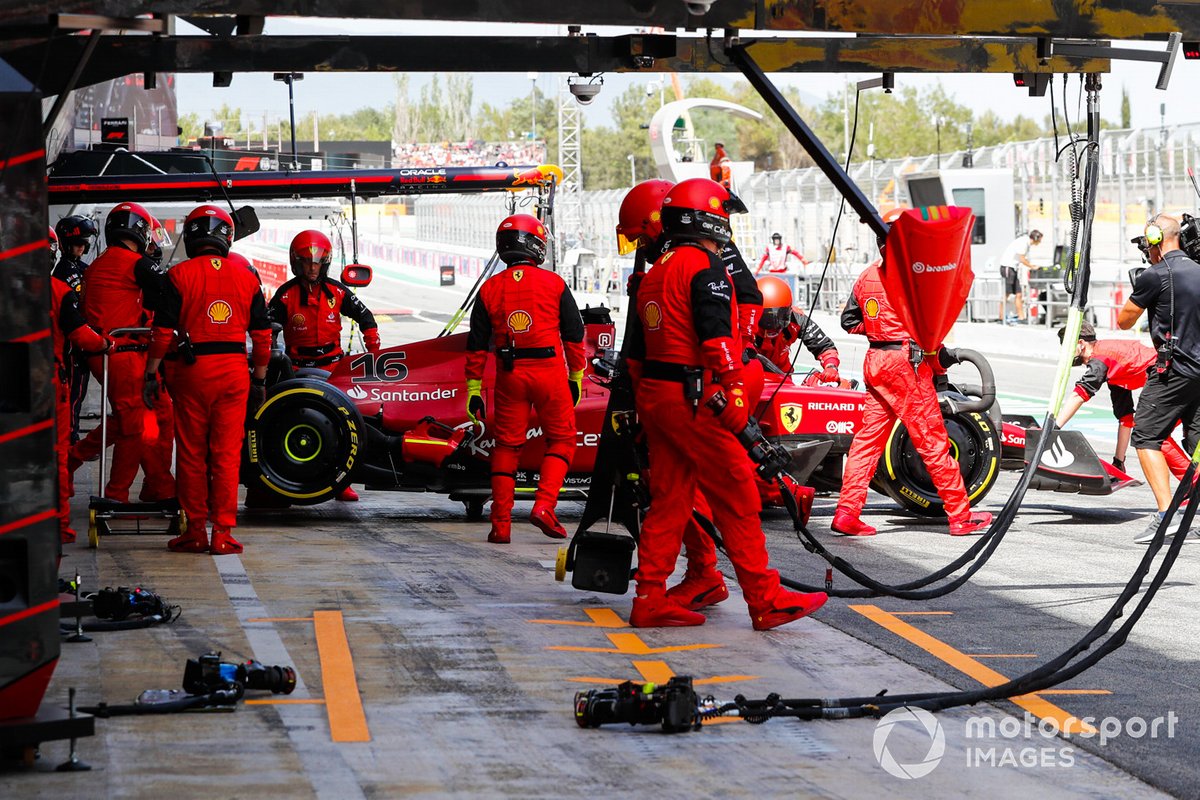 Charles Leclerc, Ferrari F1-75, is returned to the garage and retired from the Spanish GP

It's the second lost win in a row for Leclerc and Ferrari, after the Monegasque driver retired from a commanding Spanish Grand Prix lead due to power unit issues, which has seen the lead in the drivers' championship go to world champion Max Verstappen.

“Certainly, it is a disappointment, when you've got the fastest car and you are scoring the pole and you're not winning the race,” Binotto added. “It's somehow a disappointment.

“What happened in Spain was a completely different story, we had reliability issues while we were clearly leading the race. Here I think there have been circumstances which make our life a bit more difficult. But we have not been great in judging and deciding so yes, it's a disappointment.”

Leclerc added: “Unfortunately everything went against us, so it hurts at home, but it's life and we'll come back stronger.”