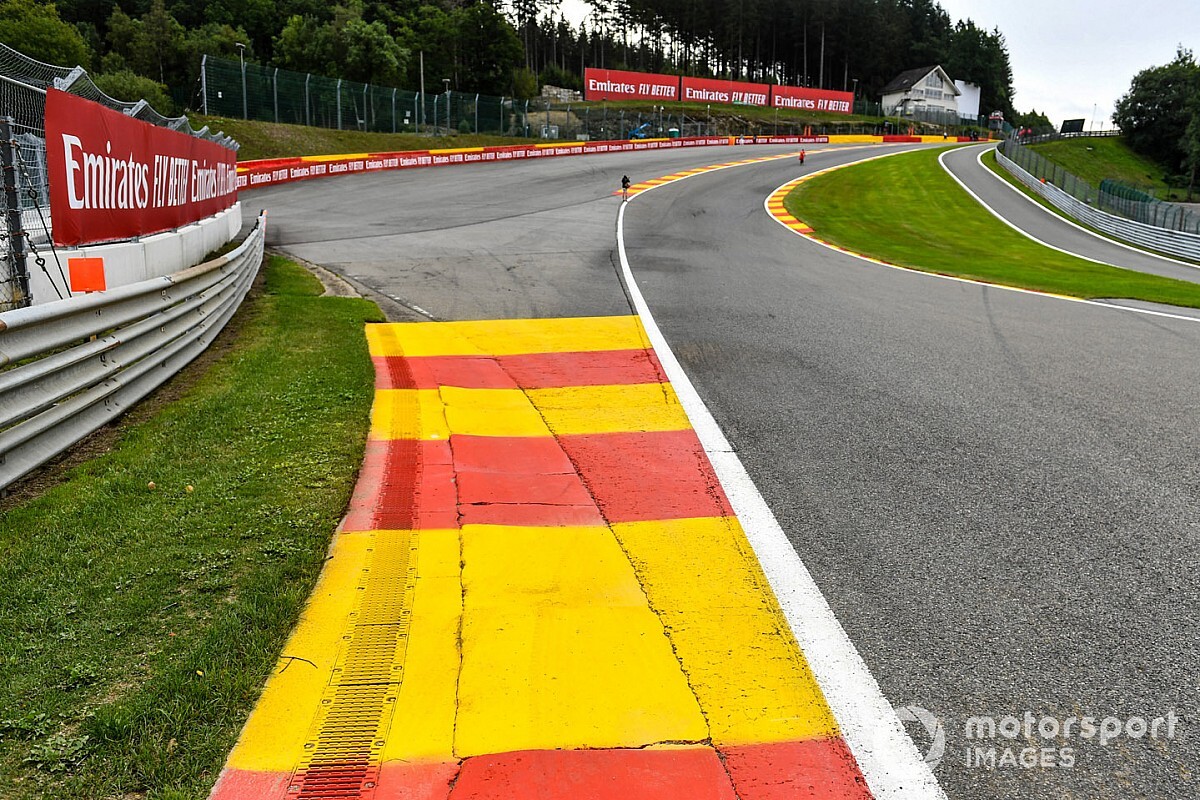 The FIA has toughened up on its policing of track limits for the Belgian Grand Prix, with drivers now warned that they must not run wide at three corners.

While the kerb on the apex of Raidillon has long been a focus of the FIA, with drivers pushing the limits in cutting the corner to try to gain time, F1 has now also made clear it will not allow drivers to abuse track limits at two other places.

Drivers have been told that for all three corners, at any time in practice or qualifying that they run wide and cut behind the painted kerbs then they will have their lap times deleted.

In the race, the FIA has also said that it will not tolerate any repeated abuse of track limits – with only three allowances made on Sunday before drivers will be reported to the stewards.

In a note sent to teams, F1 race director Michael Masi was firm that there will only be three exceptions in total before drivers are reported to the stewards – rather than three for each corner.

"On the third occasion of a driver cutting behind the kerb at Turn 4, Turn 9 - exit and Turn 19- exit during the race, he will be shown a black and white flag, any further cutting will then be reported to the stewards," said Masi. "For the avoidance of doubt this means a total of three occasions combined not three at each corner."

The FIA will not count any incident where a driver runs wide if he has been judged to have been forced off the track by another car.

Other changes that have been made at the track include the addition of a second kerb on the inside of Eau Rouge.

The length of the pit wall on the support race pits has also been extended, while the four-row tyre barrier at the exit of Raidillon has been extended in the wake of the Anthoine Hubert accident last year.

Raikkonen hasn't decided if he'll stay in F1 after 2020