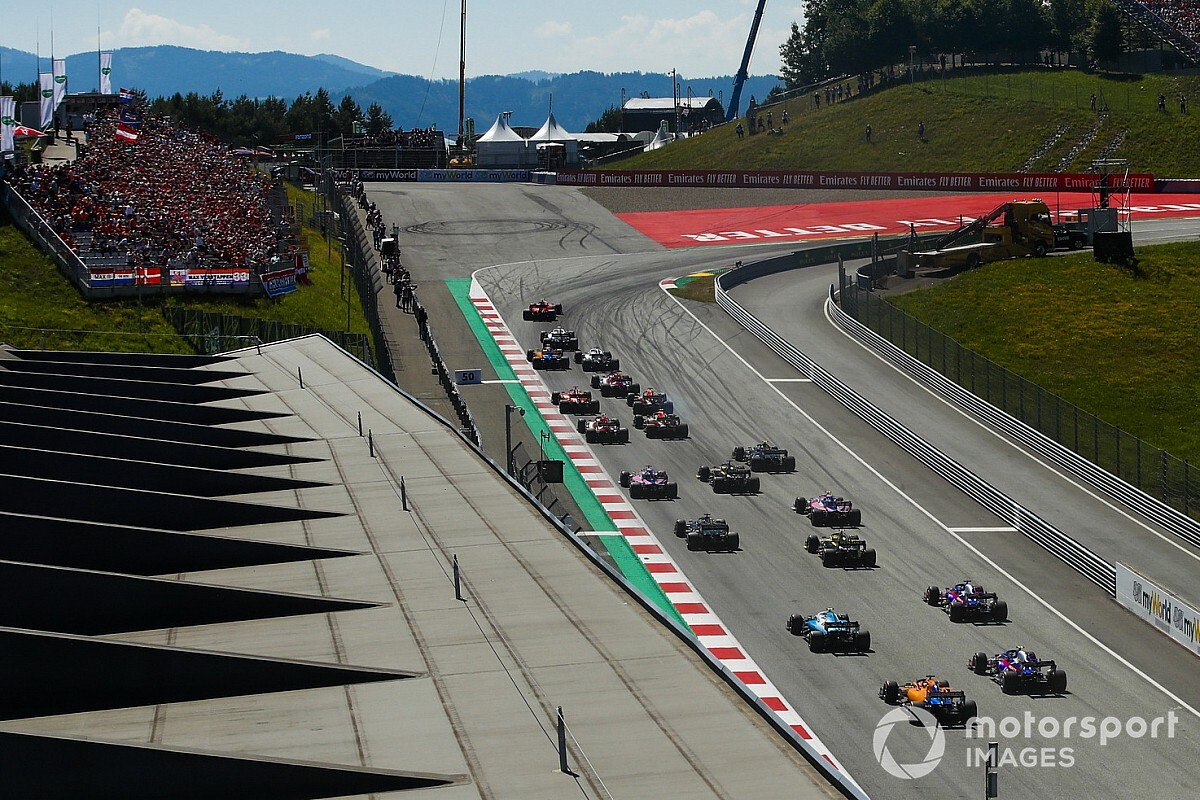 Austrian Grand Prix chiefs believe an isolation plan to keep Formula 1 team personnel away from the local community will help boost chances of the race getting the go-ahead.

Although the French GP on June 28 is currently scheduled as the first round of the 2020 championship, it is thought unlikely that the event at Paul Ricard will be able to run on that date.

Recent discussions have therefore concentrated more on a plan for Austria to hold one or even two behind closed door races at the Red Bull Ring to get the season started.

Talks on the event with local authorities are being led by Red Bull motorsport advisor Helmut Marko, who says that special measures are being considered.

This will include no spectators, guests nor media, reducing team personnel to the minimum possible  - perhaps as low as 45 for each outfit - and ensuring that the F1 staff present are 'relatively isolated' from the population who live near the track.

The wearing of face masks could also be made mandatory and travelling personnel may be required to produce health certificates confirming they are not infected with COVID-19.

Marko told Motorsport.com: "The Formula 1 community is afraid of being infected and wants to isolate itself as much as possible.

"At the same time that's good, because the population is also afraid of being infected. Everyone is afraid and therefore everyone will be extremely careful."

F1 personnel could all be accommodated in hotels near the Red Bull track, and could stay there for a fortnight if it is decided to hold races on July 5 and 12.

While Marko believes the 'TV-only event' can be run with minimal staff numbers that would satisfy local authorities, he thinks there should be support races too.

"Formula 2, Formula 3 and Porsche Supercup should be part of it," he said. "This is a message to the sport.

"I don't know whether TV will miss background stories that will not be possible due to the strict regulations, but maybe we can broadcast support races instead of them."

Marko has faith that the plan can get support of the government as it will fulfil any health and safety requirements.

"We will try to reduce participants from teams and suppliers as much as possible. This increases the chances that it may be signed off.

"But clearly, all of this can only be done within the [Austrian] safety regulations. They will still be in force at the time

"We are working hard to ensure that all this goes hand in hand. I see [that the] chances are good."

Banned: Why McLaren's F-duct was outlawed