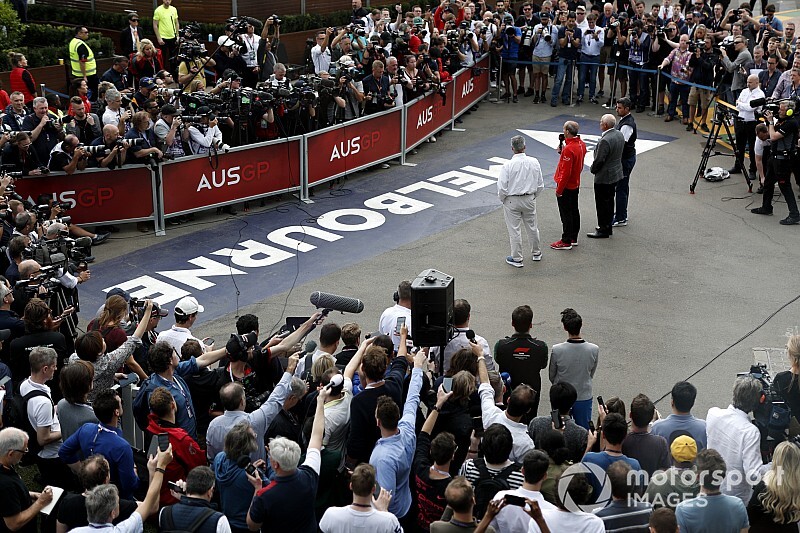 The Australian Grand Prix chief is confident Formula 1 was not put in danger by its visit to Melbourne prior to the race's cancellation after a paddock coronavirus diagnosis.

Officials from F1, the FIA and the Australian Grand Prix Corporation announced on Friday the race had been cancelled after a McLaren team member tested positive for coronavirus the previous evening.

The decision was confirmed less than two hours before the first F1 practice session was meant to start after initial hopes of the event still going ahead, even if behind closed doors.

F1 officials had considered a paddock lockdown and introducing extra precautions to allay fears of the infection spreading that would have allowed Friday's running to continue as planned.

But the idea failed to get majority support from teams, paving the way for the event to be cancelled.

AGPC CEO Andrew Westacott explained how closely the race organisers had worked with local health authorities, noting the fast-changing nature of the situation.

"We have taken guidance from that committee, and their input has been crucial. We had that additional advice that indicated that the event would be cancelled.

"It's important to note that Victoria hosted a massive event last weekend, the World T20 Women's Final at the MCG, which hosted 86,000 fans. So this is a fluid situation that emerges and changes on a day to day basis."

Westacott stressed there was zero indication any fans or F1 staff had been put in danger by the decision to not cancel the race earlier.

"There's no suggestion of that whatsoever," he said.

"The advice and input from the chief medical officer of the Victorian government took into account not only the test results from the eight teams that were submitted and the one positive, but it also takes into account what's happening in the localised society.

"When they made the decision that they did, it was based on all the inputs and the medical evidence that they had, and which we have taken all along.

"It was clearly the right decision to make, and we are where we are."

F1 came under fire for its lack of information or decisions in the build-up to the race weekend, with six-time world champion Lewis Hamilton saying it was "shocking" that they planned to race.

But F1 CEO and chairman Chase Carey said the situation had "changed rapidly" in the space of a few days.

"You go back and look four days ago, you had very different situations around the world, whether in Europe or the US," Carey said. "It is an evolving situation. All those facts are part of what we deal with.

"There were other individuals being tested here. Clearly the situation here was very different than it was on Sunday, as Andrew said, when you had an event with close to 100,000 people.

"You do have to realise we're a sport traveling around the world that really started to move everything here last weekend. There is the lead time to what we do.

"In hindsight, it obviously looks different, but when things were changing as rapidly as they were, I think we were dealing with it in real time."