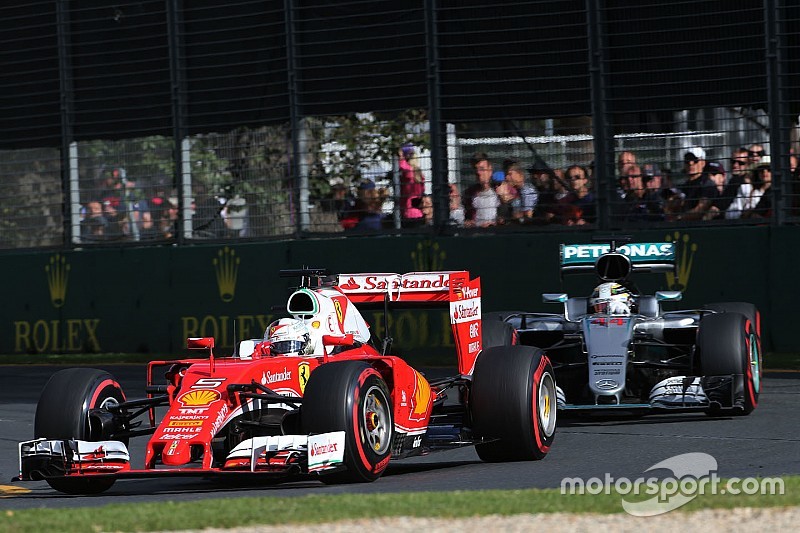 Matt Somerfield explains how jet technology could be key in the F1 championship battle between Mercedes and Ferrari.

But one we could be hearing a lot more about over the remainder of this season is HCCI or Homogeneous Charge Compression Ignition.

So, what is it all about and why is it becoming a talking point in the paddock?

The why is easy, because it is central to the battleground between Ferrari and Mercedes.

Ferrari has made good progress this season, seemingly eating into Mercedes' advantage. But it has come at a cost, with the Scuderia spending the most development tokens on the lead up to the 2016 season.

Whilst many of the tokens have been spent changing the architecture of the 059/5, this has been done in part to take advantage of a combustion trick used by Mercedes since the dawn of the power unit regulations, improving performance and increasing fuel efficiency. 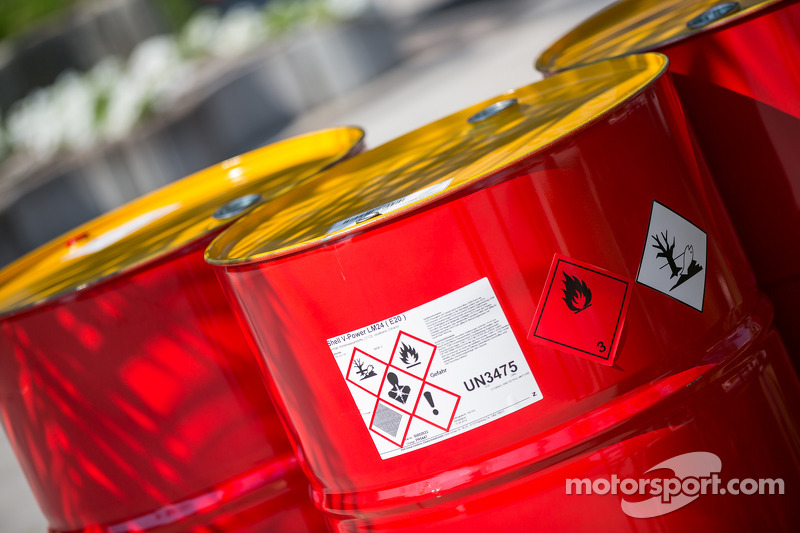 HCCI is a combination of the processes used in petrol and diesel engines, with a compression increase from high pressure fuel injection into the cylinder. This causes a spontaneous reaction without the need for the spark plug to ignite the fuel.

Whilst the engine manufacturers have likely looked at the merits of implementing HCCI in its normal form, it is actually MAHLE's Jet Ignition system they are using to improve the combustion process.

Although similar to the processes involved in HCCI, the MAHLE system offers up a more finely controlled fuel delivery system in tandem with the standard spark plug to increase the overall operating window.

The MAHLE Jet Ignition system uses an ignition chamber, which fires compressed fuel into the cylinder to cause auto-ignition under certain conditions, whilst the normal fuel delivery and spark plug are used under other conditions.

Interestingly the regulations only permit five sparks per cycle, but the use of the jet ignitor means this can be extended, as the mixture within the cylinder can also have multiple auto ignitions, a neat way of improving the potency and efficiency of each cycle.

Therefore careful design of the injector, jet ignitor, spark plug, cylinder and piston crown can lead to a multi-modal fuel strategy, allowing the use of both stratified charging and homogeneous charging depending on the prevailing throttle demand. This can improve fuel efficiency as well as performance. 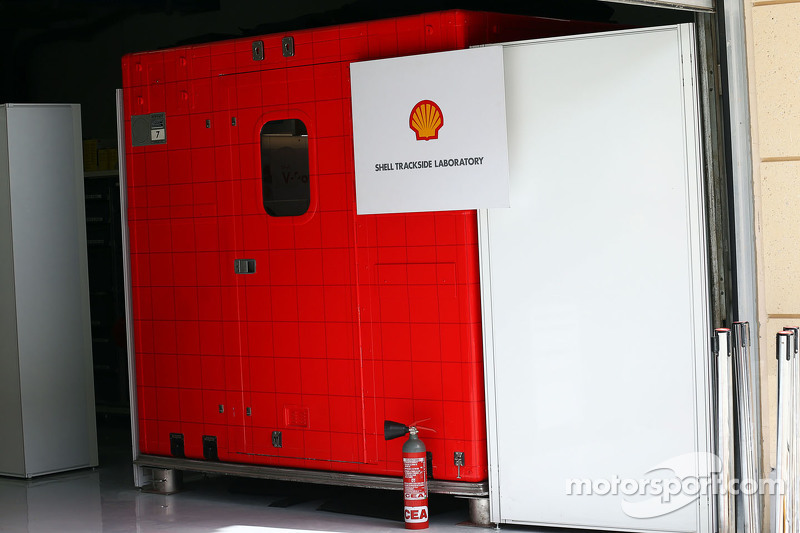 Of course none of this is possible without a close relationship with the fuel and lubricant supplier, which in the case of Ferrari is Shell.

Shell has a significant presence at the circuit, during race weekends, as it strives to improve performance.

Let's not forget that they are at the forefront of the petrochemical performance in WEC too, a crossover that bears even further credence when we consider just how closely aligned the hybrid regulations are in each sport.

Multi-stage delivery of the fuel not only needs precise injection but also requires two independent fuel temperatures, which is vital to the pressure of the fuel delivery.

We know that Ferrari powered cars are taking two independent fuel temperature measurements from on-screen data seen on the pitwall.

It is likely that these temperatures are discerned from both the standard fuel delivery and the jet ignitor, which must be closely monitored in order to retain parity and a clean burn during the cycle. 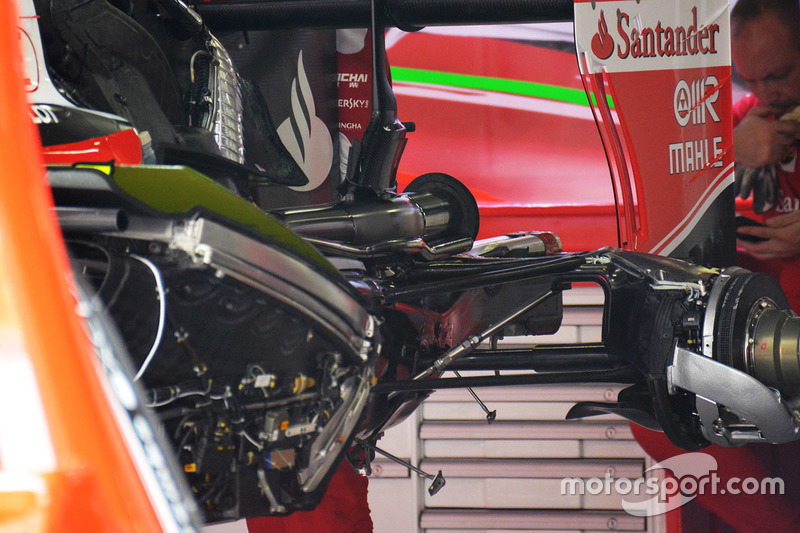 It is easy to look at the direct benefits that can be garnered from the use of MAHLE's jet ignitor, especially as it was already in use in some guise in the Mercedes power unit.

But It has implications across other components too.

Whilst Mercedes quickly adopted the use of variable length inlet trumpets in 2015, as they were banned for 2014, Ferrari did not.

However, the 059/5's architectural overhaul saw Ferrari ditch their liquid/air cooler mounted in the I.C.E's Vee, utilising a much larger plenum and VLIT's to better regulate the charge air instead.

Clearly, the ability to control the amount of air consumed by the engine has huge benefits when coupled with multiple injection and ignition stages, improving efficiency and/or power. 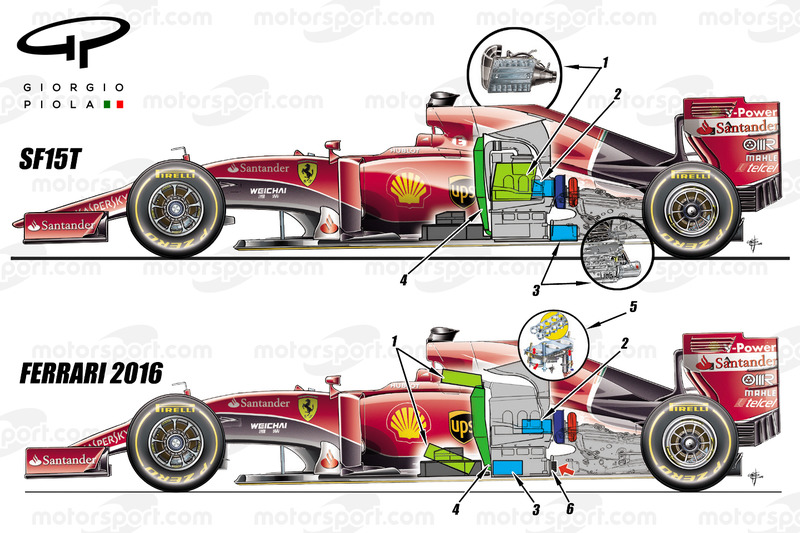 To maximise the introduction of the variable length inlet trumpets and the use of MAHLE's jet ignitor, Ferrari has employed several architectural changes, namely in order to change how the charge air is supplied to the I.C.E.

As previously mentioned, the liquid-to-air cooler used in 2014/15 that could be found sandwiched between the I.C.E's vee has been replaced by numerous coolers housed within the SF16-H's chassis.

Two air-to-air coolers flank the car and are askew with the radiators within the sidepod.

A further air-to-air cooler can be found mounted behind the power unit, in a position usually reserved for oil coolers.

Furthermore, it is understood that both Ferrari and Haas have a liquid-air cooler sandwiched between the monocoque and fuel tank, in much the same vein as Mercedes.

This use of multiple charge air coolers affords them a much wider operating window, with the charge distributed to the relevant cooler based on the current or transient conditions.

Waste not, want not 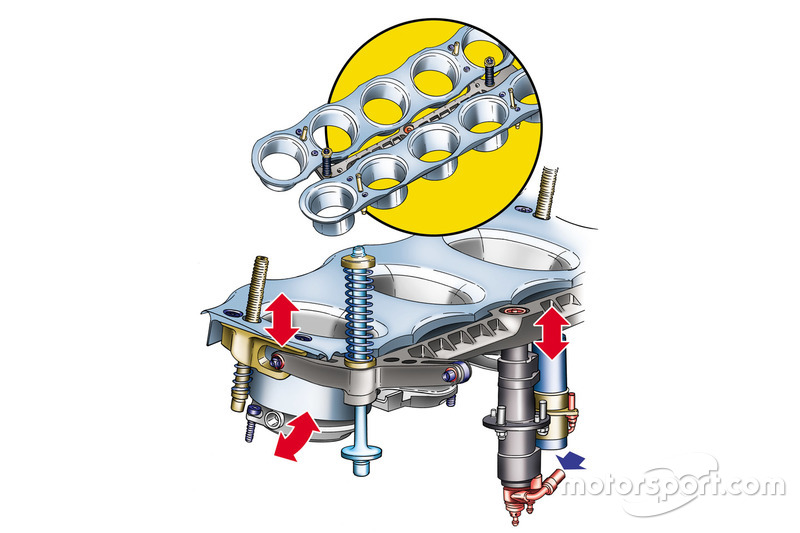 Looking at the power unit holistically, the turbo and MGU-H's role in the combustion process cannot be ignored.

The MGU-H is perhaps one of the most critical components, as it is free from regulatory constraints and able to recover and dispense as much energy as is viable, allowing it to keep all of the other components within their set parameters, which makes it a prime target for improvements on overall efficiency.

The kinetic energy it recovers, via its attachment to the turbo, will be increased if the engine is run lean at wide open throttle, as more gas will circulate around the turbine.

In a conventional turbocharged engine this may be undesirable as without the MGU-H it would see a drop in power. However, in the case of the F1 power unit, the additional electrical energy could be passed directly to the MGU-K, without the electrical losses associated with transferring the energy to be stored in the ES (Energy Store).

This could be seen as huge coup in terms of range extension as not only does the net power output only result in a minor loss but fuel usage is reduced dramatically.

Although it does often lead to a reduction in the cars VMax, it's something that can be overridden by the driver with the overtake button, increasing fuel consumption but providing the power units full petrochemical potential. 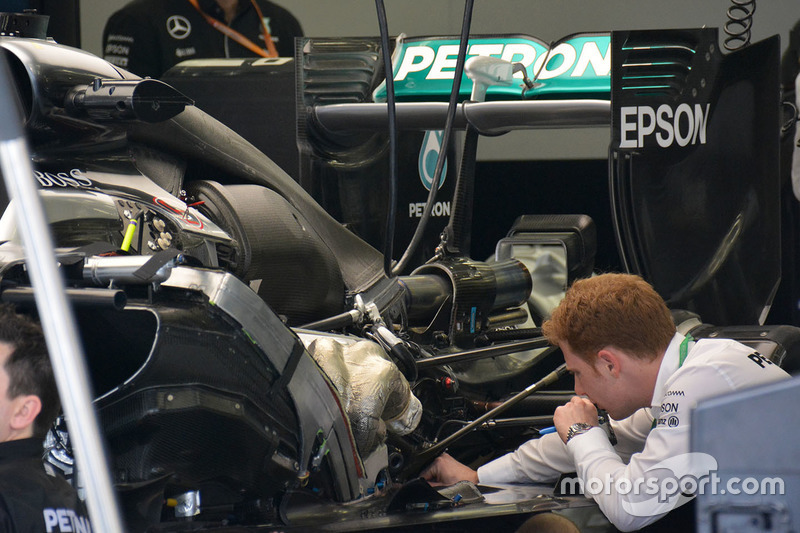 Mercedes still have an advantage when it comes to raw pace during qualifying, with all sorts of numbers being thrown around but usually circulating in the region of a 30bhp advantage.

This comes from their experience gathered with the technology as a whole, understanding how to maximise the transient energy conditions to generate the necessary hybrid energy whilst using the fuel delivery system to extract the maximum petrochemical reactions.

Ferrari now has many of the physical attributes to match the Mercedes power unit but lack the knowledge to fully exploit its new-found advantage.

It will swiftly learn how to maximise its energy expenditure, finding new ways to map the energy flows to suit transient conditions and improve its overall performance.

However, to make an omelette you must first break some eggs, of which its recent failures in Australia and Bahrain show, with the hardware pushed to the operational limits.

Of course, we're not yet at the point of diminishing returns with these power units and whilst the regulations do shackle the engineers in one respect, it breeds lateral thinking in another.

Furthermore, with talk of the token system being scrapped for 2017, it could lead to open warfare as the manufacturers go in search of more power and improved efficiency.

Ferrari certainly isn't resting on its laurels and understands that this field of engineering isn't directly relative to its road cars just yet, so can't fall back on direct in-house assistance.

But it has recently announced an extension of its partnership with MAHLE, who'll assist in the future development and optimisation of the crank mechanism, high strength forged pistons, friction-optimised piston rings and piston pins made of extremely resilient steel, as well as cylinder coatings that reduce friction and wear, all of which help to improve the thermal efficiency of the power unit.

An extension of its partnership with NGK, until 2020, will provide it with a partner that can harness the potential that the MAHLE jet ignitor provides during the ignition process, be it auto ignition or via their spark plugs.

So, how about Renault and Honda? 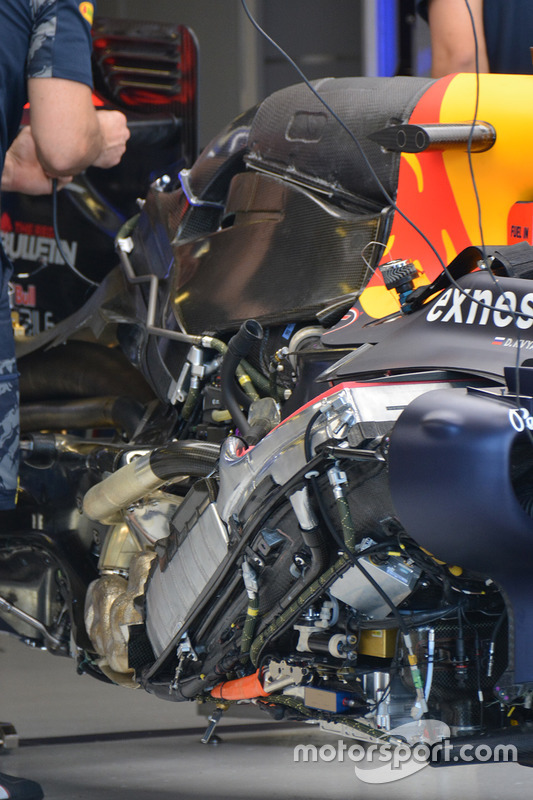 You might have noticed that Renault, as it did last year, has spent the least tokens heading into the season and has a significant update planned for Canada.

It's understood that much of the update is focused on exploiting this technology, with Renault and Ilmor suggesting that gains can still be made from the combustion elements.

Meanwhile, Honda is fully focused on delivering a similar step and have tasked Mobil 1 with providing fuels and lubricants that can deliver the necessary performance benefits.

As such, I fully expect Red Bull to be in a position to launch an assault on Mercedes and Ferrari late in the season, whilst Honda's deficit may take a little longer to close.

Whilst Bernie Ecclestone constantly condemns the current power units, citing them as meaningless, it couldn't be further from the truth.

The developments we are seeing in Formula 1 will form the basis for technology that will be in our road cars in years to come.

The highly regulated and competitive nature of the sport has already seen the manufacturers exceed 45 percent thermal efficiency whilst exceeding the overall power attained with the V8s, all while completing the same race distance on a third less fuel.

And we are just at the start of some really exciting new technology coming to the fore.

Kvyat says "everything is possible" for Red Bull