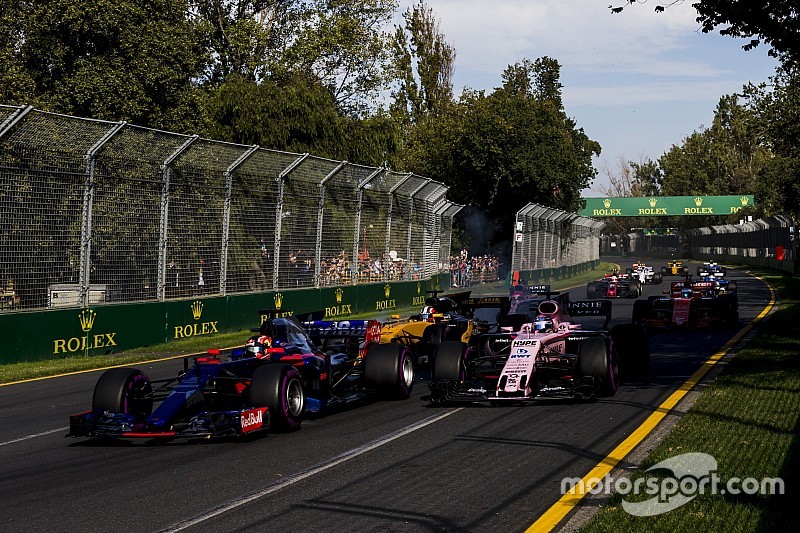 One of the key messages from Liberty Media is its desire to address the huge disparity in income between the haves and the have-nots. But can Formula 1's new owner really change the way the sport works?

It's not just a question of ensuring that there are enough teams on the grid in years to come, but also encouraging greater competition. In other words, improving the show.

F1 Group chief Chase Carey and his colleagues have used comparisons with major US sports leagues to stress that the sport should not just be about the spending power of the wealthiest teams.

"I think all parties understand the need for a competitive race environment," Liberty CEO and President Greg Maffei said recently.

"And like the NFL on any given Sunday, an opportunity to have the teams come from behind and win, not have the usual players. It's not in anybody's interest to have a non-competitive, non-interesting, non-exciting sporting event."

Carey himself used a baseball analogy when talking to the FIA World Motor Sport Council.

"And he used the example of the New York Yankees, who apparently have very rich owners, who could spend unlimited sums of money to ensure that they won every time. And he said, that's not competitive sport.

"If I read into that, he meant everyone big or small should have an equal chance to compete."

Leaving aside Red Bull's sister team Toro Rosso, and newcomers Haas, the two long established teams left out of the party are Force India and Sauber.

And that is why they joined forces to pursue the EU competition complaint that the new owners now have to deal with, and which is progressing slowly through the system.

It doesn't take a genius to realise that forcing through changes that the top teams don't want is not going to be easy, but Liberty hopes the big players can be persuaded to agree even before the current deals negotiated by Ecclestone expire, via inducements such as shares in the revamped F1 Group.

"Until 2020 we are under a Concorde Agreement that sets the terms to the payments to the teams," said Maffei.

"We are hoping that with some inducements, including the stock we're offering, with some incentives around trying to create a more balanced and fair and more competitive race environment, that we may see changes.

"But there are no guarantees of that, certainly before 2020. Understandably, teams that are being paid particularly well today will be reluctant to give those payments up."

In addition to a redistribution of income, Liberty is also keen to tackle expenditure, having quickly understood just how much the teams are spending in the annual arms race.

The logic is that if costs can be kept down, it will be easier to address the income issue. Some form of budget cap is thus part of Liberty's strategy as it attempts to level the playing field.

Ross Brawn has been tasked with investigating the practicalities, after previous attempts failed.

"Could you create more fairness with a cap? It's certainly something others have talked about it," Maffei added.

"It will be in the execution of that, how to really make it fair, how to make it accountable. People like Ross Brawn are far more articulate on the topic and be far more effective than many of the prior attempts. Let's see how it goes."

Carey and his colleagues have met with the teams both individually and collectively, and they have laid their cards on the table. What they've had to say about levelling the playing field has met with a positive response from Force India and Sauber, the teams with most to gain.

"I have to say that everything Chase Carey has said is music to my ears," said Mallya. "These Americans understand how to promote sport, they understand how important stability of the sport is, they are the owners of the Atlanta Braves themselves, so they understand the importance of how franchises or participating teams should be on a stable footing.

"So I think it's going to be a very, very different approach to what Bernie had."

Mallya is confident that Liberty means what it says: "Absolutely, for sure. I can only repeat that Chase told the World Motor Sport Council when asked, that they would not like to allow a situation where money power can determine the track result, and that there has to be fairness in competition."

Like Mallya, Sauber boss Monisha Kaltenborn is pleased that new owners appear to be on the same page as the independent teams.

"I think the talks we had, and actually all teams were present at those talks, were very encouraging for the sport," she told Motorsport.com. "If you get to hear very clear statements that the new owners want to support the smaller teams, and that private teams are a part of F1, and are very much a core part of it actually, that's very encouraging.

"Also they want to look at the costs – they are thinking about a cost cap. or a budget cap, in whatever way, it's coming in. They're looking at the engine, and it's normal that discussion – do you still have the current engine or not? And making it affordable to everyone."

But can Liberty really push through such major changes – in areas that have been discussed so many times in the past? Kaltenborn believes that this time, there's a solid plan.

"A lot of these topics that we were discussing have all been there before," she added. "It's not the first time we've had these talks in this intensity.

"The last time was when the last Concorde Agreement was signed in 2008-09, when the resource restriction and all that came in. So these are all things that have been discussed before, but the difference now is we need to set a target, otherwise these discussions just end up nowhere.

"What we now sense is that we will put a target out there that this is what we want to achieve, in very specific terms."

Inevitably the question of a fairer distribution F1's income will be hard to push through, but Mallya remains hopeful.

"The redistribution of income, as per my repeated requests to Bernie, is going to cost very little money in the overall scheme of things," he said. "Bernie wanted to take it away from the big teams and give it to the small teams, which the big teams objected to. That's not the only way.

"The commercial rights holders could also dip their hands into their own pockets and ensure the financial sustainability of the smaller teams, because I hope they recognise the importance of the smaller teams to the sport, and in the long run, they will reap greater dividends."

Meanwhile, in the background, the EU action instigated by Force India and Sauber is still ticking away - and could yet force the sport to react.

"Over the past two years we've been carrying a battle fundamentally on our own," said Force India deputy team principal Bob Fernley. "Regarding getting better distribution, looking at cost controls, and all of the other elements coming through. We've moved from being a heretic two years ago, to being relatively mainstream today, which is encouraging!

"There are two ways of doing it. One is negotiation, which is the where Liberty are moving. Two is through enforcement, which could come through an EU investigation. There are a number of things that could happen, and we need to move things forward.

"What we've said to Liberty is that we will support them 100 percent, but we will robustly follow the programme that we are bringing in place with the EU, and other means if necessary."

Fernley is adamant that the process shouldn't be rushed, but equally he says it should not rely on the big teams in effect agreeing to earn less – or indeed spend less.

"Things take time," he added. "What we shouldn't do is any knee-jerk reactions. You've got some very skilled people there, and you've got Ross Brawn there, and he's poacher turned gamekeeper. We have to rely on them taking a little time and doing it in a controlled, structured process. If we do that the signs are good at the moment.

"What I'd hope to see in the future is that Ross and whoever else within Liberty take their time and look at things, and then they implement a programme. It's not something that has to be done with with the teams' approval – it's something that the teams have to comply with."

Will Liberty really be able to push through such major changes without a consensus from the big players? It's going to be fascinating to see how things unfold.

Out until Sochi? The curious case of Pascal Wehrlein and F1 super sub Giovinazzi