Alonso says his "stock value has never been higher" 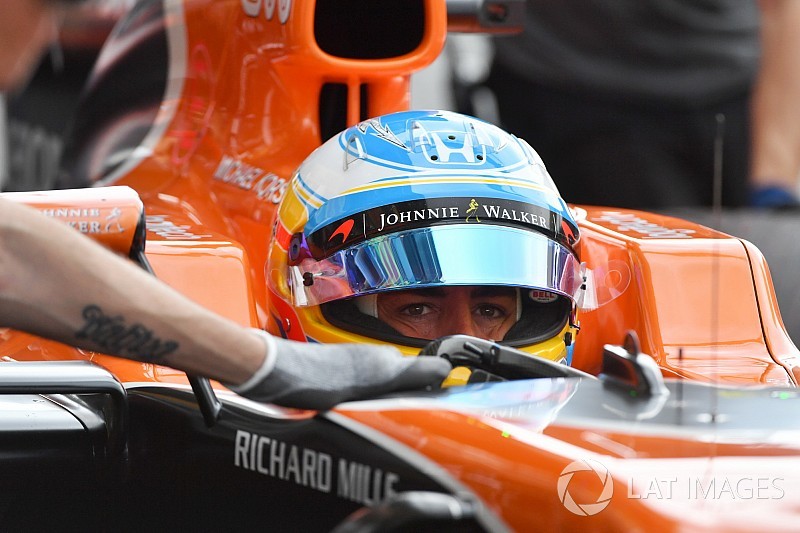 Fernando Alonso says his "stock value has never been higher" as he gets closer to making a decision about his future following a disappointing Belgian Grand Prix.

The Spanish driver was heard screaming on the radio several times during the race after being overtaken on the straight because of his Honda-powered car's lack of top speed- following a good start in which he'd moved up to seventh.

"Embarrassing, really embarrassing," Alonso said on the radio. That was followed by "I really don't care too much about the gaps. This is just a test." before he asked for no more radio messages until the end of the race.

The McLaren driver went on to retire in the pits after reporting an engine problem.

Alonso, who admitted this weekend that he has offers from rival teams, has insisted often he will make a decision about his future in September, but suggested back in June McLaren needed to be winning races before next month in order for him to stay.

Despite the tough times, the two-time champion said he is still having fun in F1 despite all the troubles.

"I am [enjoying it]. I think my stock value has never been as high as now seeing the offers that I have, so it's good," he said.

When asked how much longer he can put up with the situation, he said: "Seven or eight more races. I think we will consider all the options out there, but as you said, we did a fantastic qualifying, a fantastic start, we won a lot of grands prix in our careers.

"The team is working a lot. I know the guys have been sleeping very little this weekend so thanks for all the effort."

Alonso hinted that the only thing McLaren needed to change to be competitive was the Honda engine.

"There needs to be one change only," he said. "I think there are many answers out there and we need to find them. They will not come looking at the sky.

"We need to sit down and work on it and hopefully we find the best solution for next year."

The Spaniard also heaped praise on his McLaren team for its efforts during this difficult period.

"I think we will see what happens in the next couple of weeks. I'm happy with the team.

"We've had three tough seasons so far but McLaren is one of the best teams in the world and I would be happy to keep working with them, but we need to see how things evolve in the next couple of weeks."

Verstappen angry to be “competing” with Alonso on retirements