Fernando Alonso felt “a little bit sad” that the battle to score the final point on offer in Sunday’s Formula 1 Austrian Grand Prix had to be with George Russell.

Russell sat 10th entering the closing stages of Sunday’s race at the Red Bull Ring, putting him on the cusp of Williams' first points since the 2019 German GP and his maiden score with the team.

But the British driver faced a late attack from Alonso, who recovered from 14th on the grid to enter the fight for 10th with less than 10 laps to go. Russell managed to keep Alonso behind on a number of occasions at turn 4, as well as defending from the Alpine driver when they went side-by-side at turn 6, only to finally be overtaken with five laps remaining.

Russell said after the race that he was glad to have held his own against Alonso, but felt he was powerless to stop the two-time F1 world champion from passing due to the pace difference between the Williams and Alpine.

Alonso has previously spoken highly of Russell, labelling him as a future world champion, and broke into a smile when asked about the fight after the race by Motorsport.com.

"It was very intense, unfortunately for only one point, but it felt like it was the last lap of the championship for us,” Alonso said. “At one point it was gold for him and for ourselves after starting 14th. It was nice.

“In a way when I saw it was George, I felt a little bit sad the battle had to be with him. 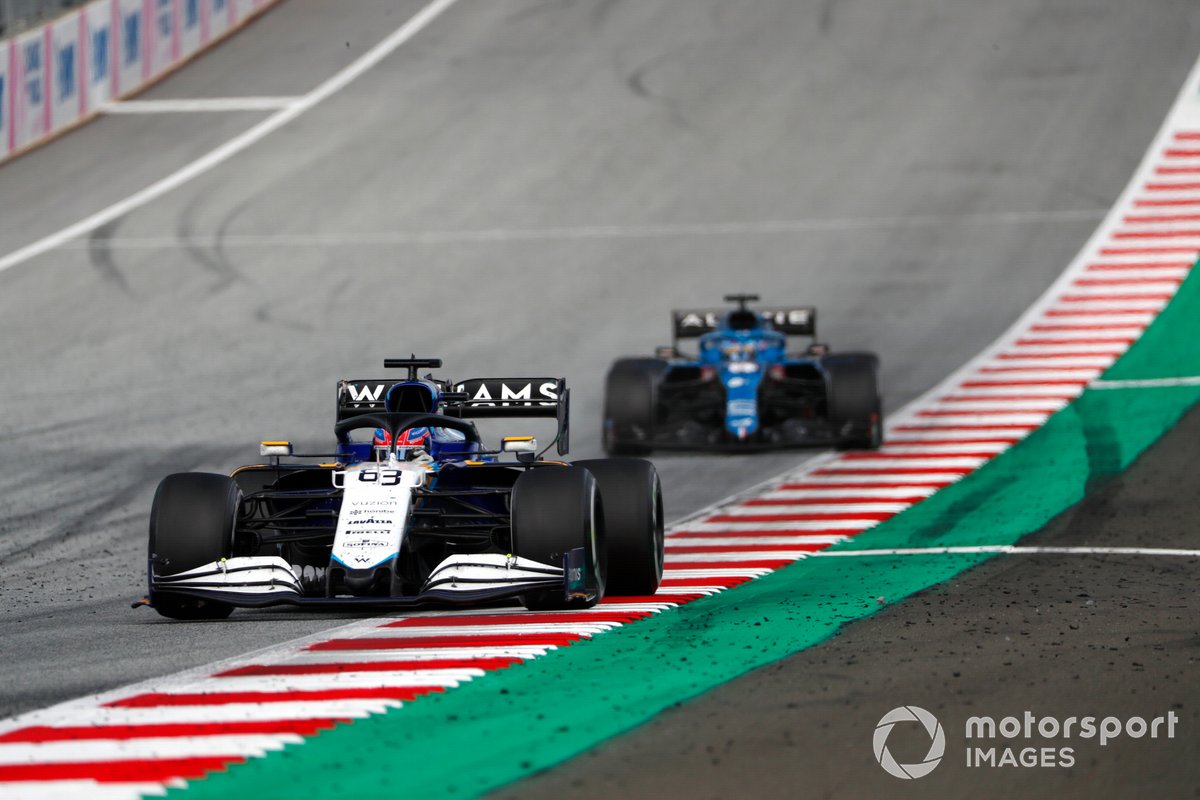 “I think he will have the opportunity to stand on the podium and fight for race wins, I guess in the future, if he goes to Mercedes. I enjoyed today. One point starting 14th was not expected, as our simulations this morning, they were a little more pessimistic than P10. I will take the point.”

Alonso’s recovery to 10th marked his fourth consecutive points finish, and came after a frustrating qualifying session that saw the Spaniard lose his final effort in Q2 after hitting traffic in the final sector.

“The pace was very good today in the race,” Alonso added. “It was not only yesterday that the car was performing well. I think it was also today, so this weekend, for different reasons, we seem more competitive.

“If you start on your real position in qualifying, I think P5 or P6 was possible. And today starting 14th, if you are P11 on lap one or P12 you can still finish P8 or P7, so it was positive to see that.”

How to become a Performance Engineer in F1 – Qualifications, skills & more

Why the FIA is unmoved over Austria F1 penalty criticism