Fernando Alonso may have quit Formula 1 at the end of 2018 in order to pursue outside interests, but he has rarely been far away from the series’ orbit.

In fact, by the time Alonso returns full-time with Renault in 2021 and lines up on the grid for the season-opener in Australia, he will have not gone any longer than 18 months without driving an F1 car - despite his sabbatical lasting almost three years.

Alonso tested McLaren’s 2019 car after that year’s Bahrain Grand Prix to give some feedback, and has been busy getting up to speed with Renault already this year, sampling its 2020 car on a filming day.

Ever since Alonso concluded his most recent attempt to complete the triple crown of motorsport at the Indianapolis 500 in May, his F1 comeback has been his only focus. The two-time world champion has already visited Renault’s Enstone base and conducted some simulator running, and was on-site for the Emilia Romagna Grand Prix at Imola as part of his assimilation into the team.

But one of the more surprising elements of Alonso’s preparations has been the extent of his test running. His outing in the 2020 Renault F1 car in Barcelona was limited to just 21 laps due to restrictions of testing current-spec machinery, but as there are no rules on the amount of private running using cars older than two years, the 2018 Renault is the most recent car he can sample freely.

It’s something Alonso has been taking full advantage of. Earlier this month, Renault held a test in Bahrain for its academy drivers - Guanyu Zhou, Christian Lundgaard and Oscar Piastri - but decided to bolt two days of running on the end for Alonso. A second test took place in Abu Dhabi two weeks later for Alonso, offering another two days in the R.S.18 F1 car.

But just how valuable really is testing the 2018 car for an experienced driver such as Alonso, who surely knows everything there is to know by now and would surely adjust quickly? 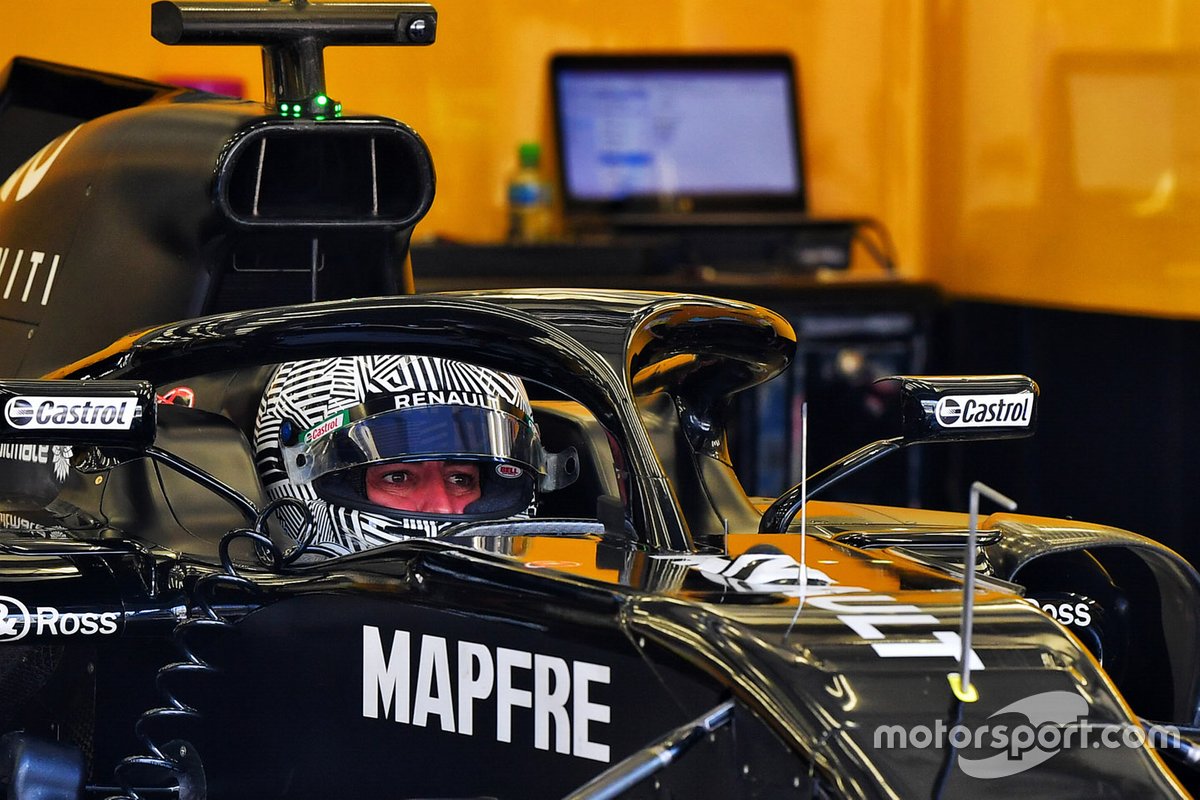 By the time 2021 rolls around, a lot will have changed at Renault. Not only will the team be racing under a different name, when it rebrands as Alpine, but it has also grown substantially. Daniel Ricciardo’s brace of podiums in 2020 proves the progress it has made, capitalising more often and more clinically on opportunities coming its way. For a driver whose career has been dogged by missteps and poorly-timed decisions, Alonso’s comeback coincides perfectly with Renault’s upswing in form.

The car has also made significant improvements, making the 2018 model hardly representative of where Renault is right now. To put it into context, the 2020 car’s time in qualifying for the Russian Grand Prix was over a second quicker than in 2018, again showing the step forward made in that time. Assuming yet even more progress is made through power unit gains and the minor aerodynamic development permitted for 2021, then the point of reference will be even further out by the time of Alonso’s comeback.

Yet there are some important elements to the test running that make the disparity between the 2018 Renault and the eventual 2021 Alpine irrelevant. Alonso’s test running has never been about gaining a representative feel of how next year’s car will perform, but instead about helping him hit the ground running once he finally does sit in the new car next year.

Firstly, there are the physical benefits of driving an F1 car in anger once again. Prior to his Bahrain test, Alonso had not completed more than a day of testing in grand prix machinery since his final start for McLaren in 2018.

Although he has hardly taken time off, winning the 24 Hours of Le Mans and the FIA World Endurance Championship for Toyota in LMP1, twice entering the Indy 500 and racing in it once, and making his debut in the Dakar Rally, his body will take time to get used to the unique physical demands of driving an F1 car again.

Alonso said upon his announcement for 2021 that his fitness tests results were better than ever - yet he later conceded after driving the 2020 Renault F1 car that he had some work to do to adjust to the strains placed by the car, which he conceded was “outperforming me at the moment”.

“You have to be back in shape, train for the F1 standards,” Alonso added. “The neck and upper body will need to be reinforced.”

Four days of testing in the 2018 car will have gone a long way to helping Alonso get into shape and the right rhythm again. But they will also have helped for seemingly minor yet hugely important things such as his seat position and button placement on the steering wheel.

When a driver joins a team, they ordinarily will spend the early part of their test running working on these things and seeing how they transfer across from the simulator. However, with just three days of pre-season running scheduled for 2021, there will be little opportunity to iron out any issues and for the new drivers to get fully comfortable with the cars. By getting everything set up to Alonso’s liking on the 2018 car, it can easily be transferred onto next year’s model for when he hits the track for the first time in the Bahrain test running.

“It seems simple but the more we practice these things, the less we have to do in winter testing,” explains Renault F1 executive director Marcin Budkowski. “We only have three days of running for our two drivers in winter testing next year, so practicing FIA procedures, all the various things he will need to have under his belt that might be different from what he experienced before, and also getting accustom to the team.

The final factor is that Alonso has the opportunity to integrate even more with the Renault team. Although there are some familiar faces still at Enstone from his previous two stints, the vast majority of the team will not have previously worked with Alonso. Completing test running and joining the team for race weekends gives Alonso the chance to get to know his race crew for next year, breaking the ice nice and early.

Alonso’s eagerness to get up to work with the Renault team even months before he has to acts as proof of his hunger and his focus - and why even testing a two-year-old car will matter a lot by the time the lights go out in Australia. 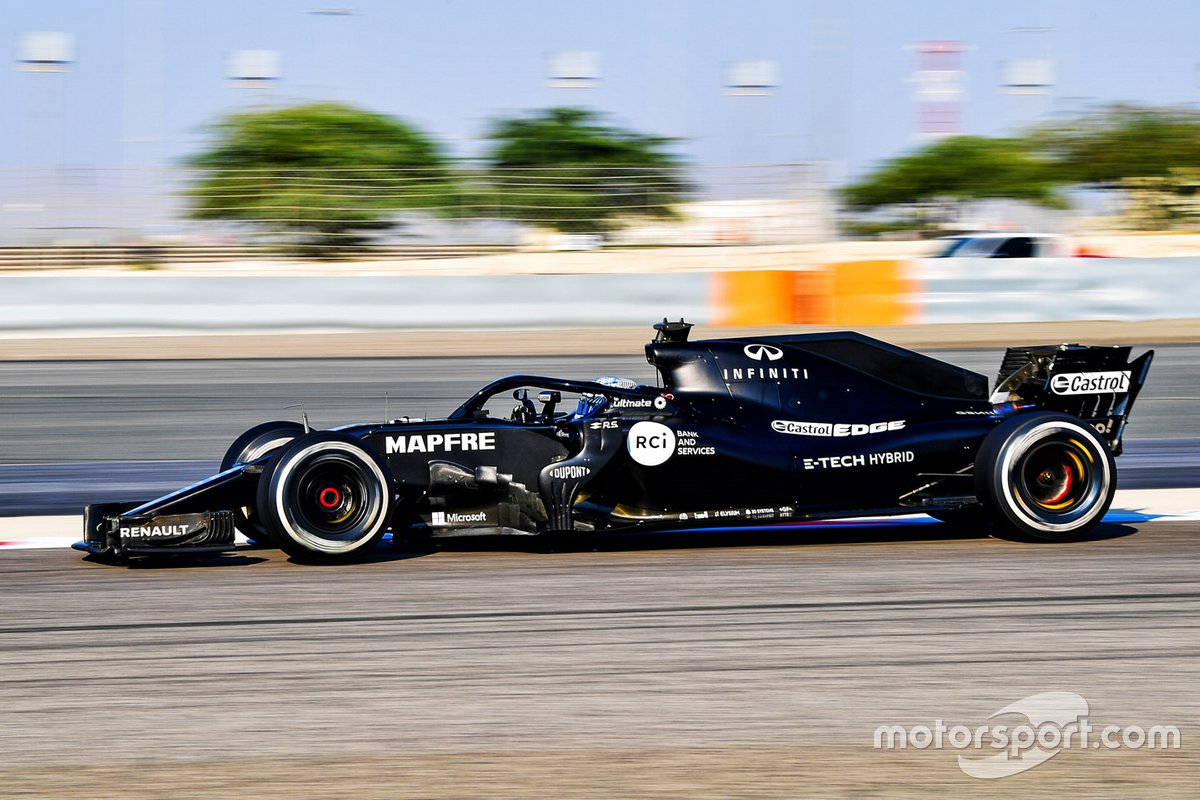 Ricciardo to get Abiteboul a tattoo Ricciardo: Time running out to sort Abiteboul's tattoo