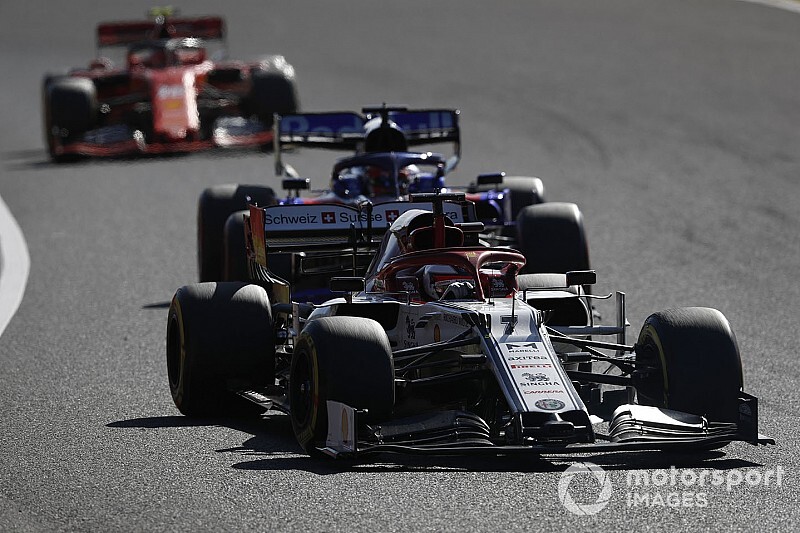 At Suzuka Antonio Giovinazzi just missed Q3 in 11th place, but in the race both he and teammate Kimi Raikkonen lacked pace in the opening two stints.

They eventually finished 13th and 15th, with the Finn ahead but both admitting the race pace was not at the level it should've been.

Although the recent poor results have been frustrating – since the summer break Giovinazzi has logged a ninth and 10th while Raikkonen has scored no points – Vasseur says the basic one-lap pace of the C38 gives some encouragement.

“There’s no need to panic,” he told Motorsport.com. “Each time it’s a different scenario. I would be very worried if we were one second off in quali, but it’s not the story. The race might be difficult to manage, but it’s more easy to find the pace in the race than in quali.

“In Spa for example we were P5 in Turn 1, in Monza we were in Q3. Sometimes for one tenth, plus or minus, you can have the feeling that the situation is completely different. We always have to be very careful with this.

“We’ve moved from seventh or eighth[-best team] in quali, but this is one tenth. Perhaps we could do a better job by one tenth.

Vasseur admits that the team is still trying to understand how to get the best out of the Pirelli tyres in race conditions.

“It’s difficult to know what’s wrong. We are struggling to be consistent over the race, and I think that was the issue over the last two or three events.

“The first part of the [Suzuka] race was a disaster – well, 'disaster' is a bit too much, but it was very tough. In the last stint with the soft we were back on the pace, and we did a very strong stint at the end, but it was far too late.

“We have to take care with the conclusion, but I think it’s more about consistency over the stint with different compounds than on the pure pace.

“Sometimes you are in the right window, sometimes not, depending on the track layout or the track temp or so on.”