Alfa Romeo penalty appeal to be heard in late September

The Alfa Romeo Formula 1 team’s appeal against the penalties it received after the German GP will be heard in Paris in late September. 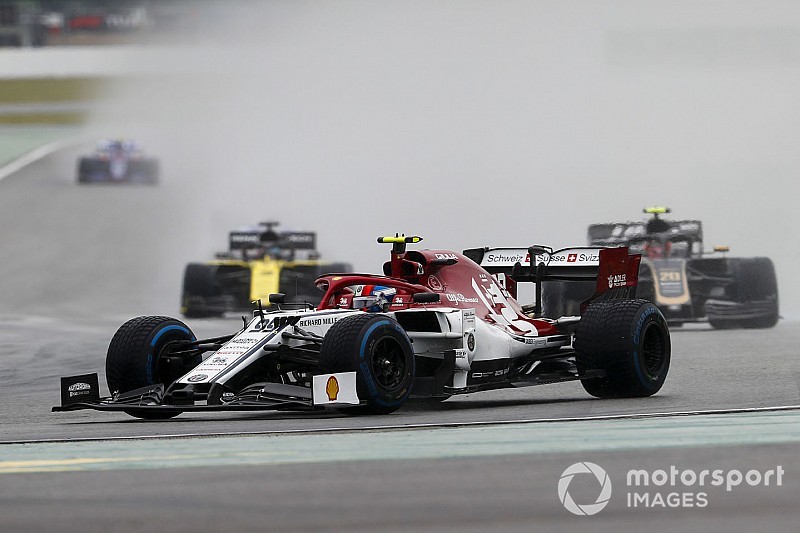 The International Court of Appeal hearing will take place on September 24, the Tuesday between the Singapore and Russian Grands Prix.

Kimi Raikkonen and Antonio Giovinazzi finished seventh and eighth on the road at Hockenheim, but both were given 30-second penalties for a breach of F1's clutch regulations.

The drivers who benefitted, and who would thus lose points the points they gained if the appeal is successful, were Romain Grosjean, Kevin Magnussen, Lewis Hamilton and Robert Kubica.

In theory the penalties applied in Hockenheim cannot be appealed, so the court’s first job will be to decide whether the appeal is admissible, before then going on to consider the case.

The risk that Alfa has taken is that if the court considers that the appeal was frivolous it has the option to increase the original penalty. However, Alfa clearly believes that it will be able to present a strong argument.

“We’ve been penalised after the race, and we went for an appeal,” said Alfa sporting director Beat Zehnder. “Which is the normal procedure if you are [penalised] and you think you have some arguments to win, otherwise you wouldn’t do it.

“It’s an ingoing process, I can’t give you any more information. Everything will be disclosed on September 24, when the hearing takes place in Paris.”

Raikkonen denied he had made a particularly strong start in Germany, despite bursting through from fifth to third place by the first corner.

“I think it was a pretty normal start,” he said when asked by Motorsport.com. “It only made it look quite good because the Red Bulls made bad starts themselves.

“For sure if you ask them they will tell you that they made a pretty s****y start themselves. Mercedes and us were similar, so it just looked a bit better. That’s honestly nothing to do with all these things.”

Claire Williams acknowledged that the point won by Kubica could eventually be lost, but said it hadn't made a great difference to the team's difficult 2019 campaign.

“With the number of points we’ve scored in our history for us to get excited about one point would be slightly erroneous,” she said. “Everybody at Williams has been working so hard this year, it has been another brutal season for us.

“So I suppose to get any kind of reward, we should take and we should accept that, even though Alfa have submitted their appeal against that. So I think we’re going to have to wait and see.

"One point for me, as a Williams, I can’t personally be happy with that, and I don’t think our team is necessarily ecstatic about it.”