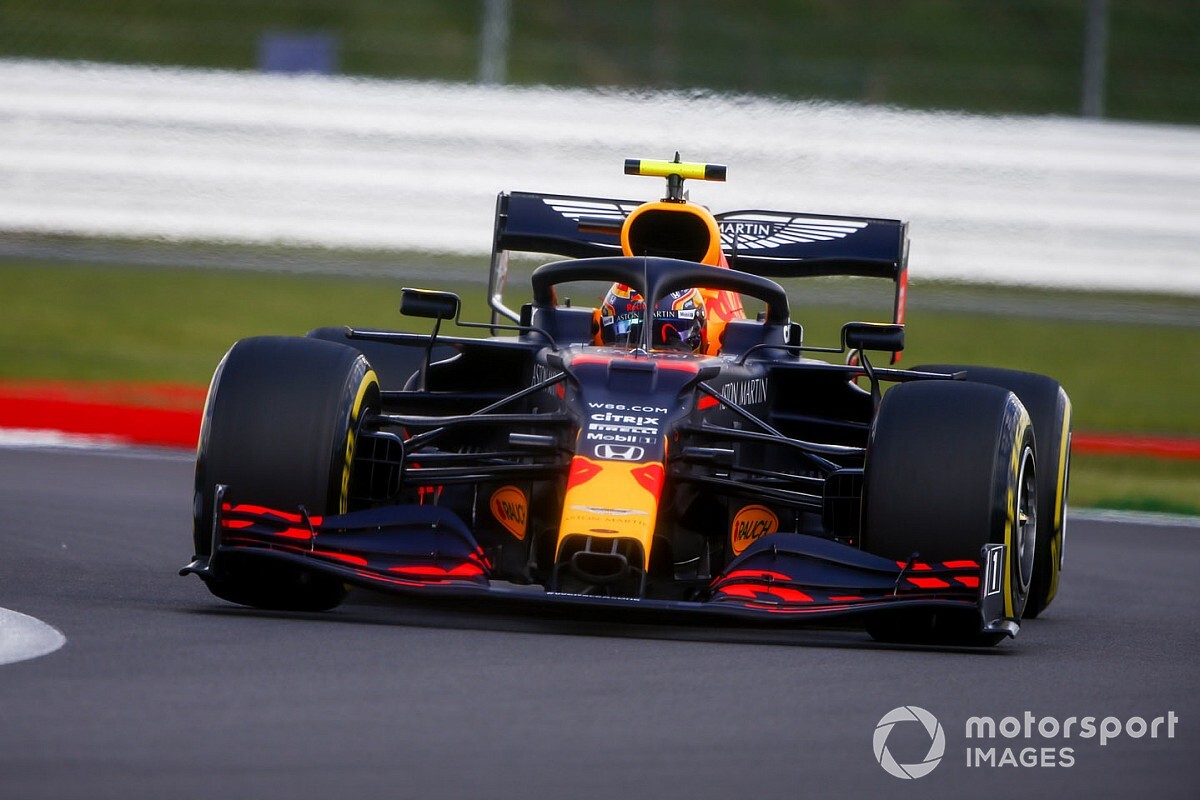 Red Bull Racing Formula 1 team chief engineer Paul Monaghan says that the Milton Keynes outfit has to be “brutally honest” and admit that it has to provide Alex Albon with a better balanced car.

The Thai driver has struggled to get up to speed in qualifying this year, and in an effort to address his problems veteran race engineer Simon Rennie returned to track duty with him at Silverstone this weekend.

However a heavy crash on Friday hampered Albon’s progress and he lost more time with PU issues on Saturday morning. In qualifying he had to settle for 12th, while team mate Max Verstappen took third.

Chief engineer Monaghan says Albon will be able to perform if the team can give him better equipment.

“You often find around here when it gets a little bit windy the car is gonna be a little bit tricky to drive,” he said.

“And I think it's fair to say that if you looked at Friday's pace, then it's a little bit disappointing for Alex as much as anybody to not reach Q3. Certainly he's capable and the car's capable, we've just got to actually sort it out for him to allow him to do it.

“I think it's just actually working out how to drive this place in terms of you've got sort of a low-speed corner in Sector One and a low speed corner towards the end of Sector Three, and yet the others demand quite different characteristics in the car.

“And if we could give Alex a better-balanced car, then we all know that he will then stick it straight into Q3 without any bother. So I think that the challenge lies more with us than it does with Alex, to be brutally honest with ourselves.”

“Banging it in the wall was never going to do his confidence any good. The boys did a stunning job to get it rebuilt last night and then deal with our little hiccup this morning.

“We got him out for a couple of runs, so he got some running this morning as opposed to none before before qualifying, and the gain in terms of running for him is huge. We had a known quantity going into qualifying.”

Albon: "I don't see it as struggling"

Albon himself has hit back at suggestions he is struggling at Red Bull.

Although he is aware that his Saturday form could be better, he says his run of race results are nothing to be concerned about and that there were no worries on his side that Red Bull could look to replace him.

“Firstly, I don't see it as struggling,” said Albon, who came close to winning the season opener in Austria.

“I feel like race one we had a very strong race. Race two we finished fourth and race three we finished fifth. So if that's struggling then I'd be worrying about other things.

“I'm happy personally with the first few races, but things haven't gone our way. And to be honest, I'm not worried in the sense that I feel like it's been tough or it's going badly.

“It's just a tough qualifying and on my side I'm just focused on trying to get more comfortable with the car and extract the performance out of it.”

Albon’s priority at the moment is trying to find a consistent balance with his car over the varied corners on a track, with the RB16’s inconsistent handling putting him on the backfoot.

And with the Red Bull car having a nervous rear end, Albon says that a move towards a more understeery setup is just one way to trying to help improve his situation.

“It's obviously tricky,” he said. “I wouldn't say we put in understeer to make it safe. It's obviously we just want to be as optimal as possible with the car.

“But there's definitely places, especially with tail winds, where when you are on the edge on the rear already, it does make it more difficult when you have a tail wind or anything like that. It's the same for everyone to be honest.

"It's just trying to get the balance a bit more consistent through speed types and corner types through the lap. That's kind of where my focus is on.”