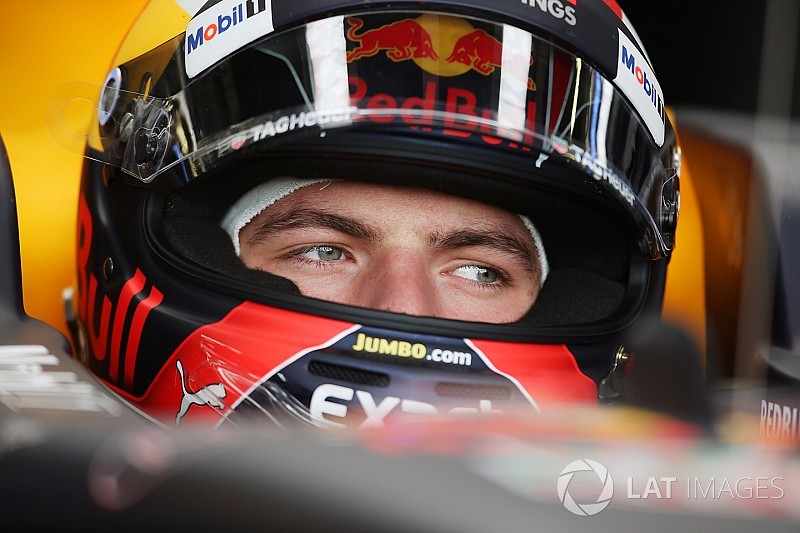 Max Verstappen will come out of his recent frustrating spell of retirement setbacks a stronger driver, reckons his team boss Christian Horner.

The Dutchman has endured a frustrating recent run of form in F1 – having seen podium shots, and even a possible win in Baku, snatched from his grasp because of reliability woes.

But while there has been huge disappointment over the situation, Red Bull team boss Horner is adamant that the events have made Verstappen a better competitor.

"I think he has shown tremendous maturity, to be honest with you," said Horner. "He's obviously had a flair of emotion at the time, but very quickly he's got himself under control and focused on the next event.

"The way he's driving this season, he's just getting stronger and stronger. So I think it's been a bit of character building for him.

"I think that he will come out the other side a stronger person with this being a difficult part in his very short career so far. But he has dealt with it very, very well.

"He hasn't been spitting his dummy or throwing his toys out of the pram. He's had his moment at the race, which is understandable, and then very quickly, boom, focused on the next event. His work ethic is very strong."

Horner thinks the way Verstappen has responded to what has been going on is especially praiseworthy, because of his young age.

"He's 19, he's twenty later this year. It's often easy to forget that this is a guy that can't even rent a hire car here," he said. "He should have only just finished his education before going to university.

"So for somebody so young, the way he's handled all the pressure, the expectation and now obviously the interest particularly in his home country, which follows him around the world.

"You've only got to look at the contingent of Dutch fans at Silverstone over the weekend and particularly in Austria just over a week ago. And I'm sure Spa is going to be nuts as well this year. It's impressive how he deals with that interest."

Verstappen run of retirements ended at the British Grand Prix, when he managed to finish fourth, but Horner hopes that an ever better result in Hungary this weekend will set things up much better for the second half of the season.

"Of course it was pleasing to see him take the chequered flag [at Silverstone] because the last three races, he has been in great positions in all three races and it has not gone his way

"And now we need to start to keep building on that. Hungary represents hopefully a chance of a good result for us so we need to build on what we achieved over the [Silverstone] weekend."

Could Aston Martin spread its wings into F1 from 2021?