Carlos Sainz Sr has been officially unveiled as a driver for the maiden Extreme E season in 2021, with the double World Rally champion signing for Spanish team QEV. 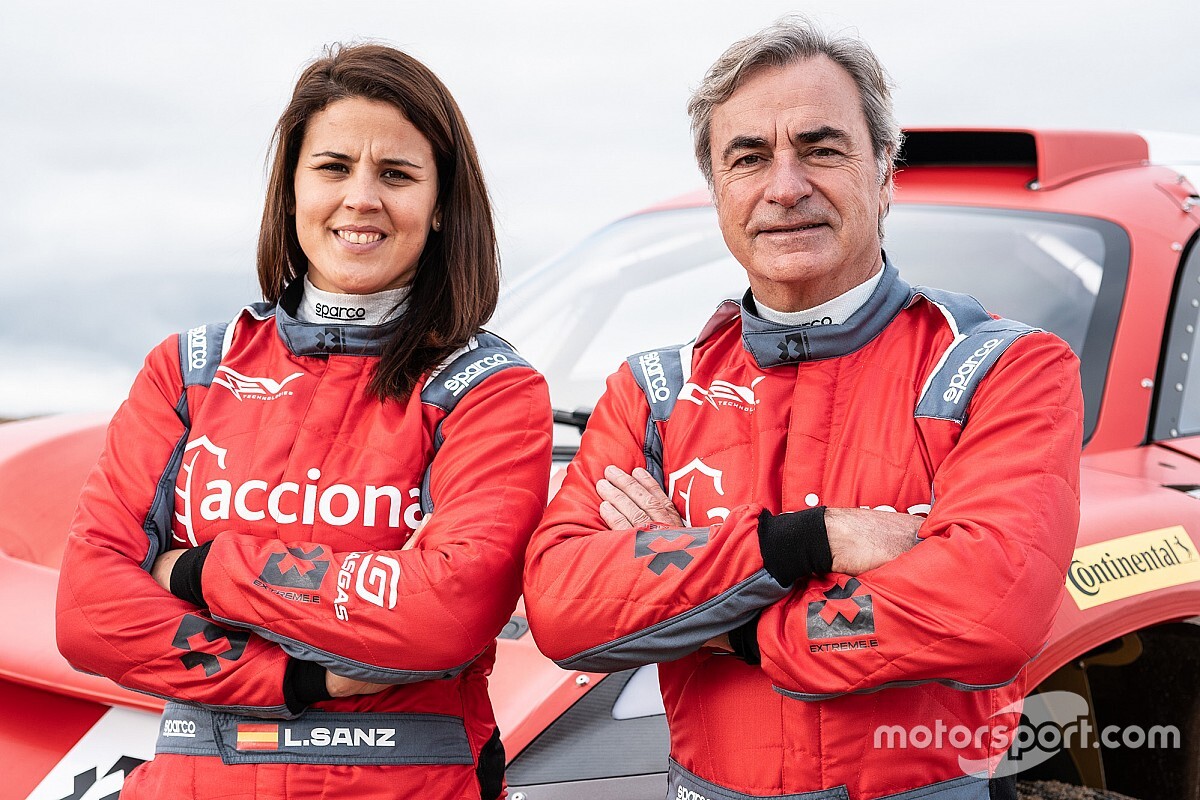 As reported by Motorsport.com earlier this month, the 58-year-old was expected to compete in the inaugural campaign of the all-electric SUV off-road racing championship.

The official confirmation of Sainz’s move to XE, which includes taking a management role in the team, was made during a press conference streamed live on Monday morning.

QEV has ties to sister all-electric championship Formula E, having assisted the management and operations of the Mahindra Racing and NIO 333 teams.

Sainz said: “It’s a great opportunity to have something new for me. There are two great things new for me.

“One is to have the opportunity after driving so many cars, before I finish my career I get to drive something that’s 100% electric.

“Second is to be part of ownership of the team. I will be in this area and driving the car as well. So far I have not been able to do that.

“I would like also to say I will continue with Dakar project."

In addition to his World Rally success for Toyota in 1990 and 1992, earlier this year Sainz completed his hat-trick of Dakar Rally victories aboard an X-raid Mini Buggy.

It was at this January event he had his first look around the XE car, present in Saudi Arabia for ex-World Rallycross driver Ken Block to contest the final stage on an invitational entry.

Sainz met with long-time friend and XE co-founder Alejandro Agag - who also approached Lewis Hamilton about creating his own X44 squad for XE.

As reported by Motorsport.com, it has now been confirmed that Laia Sanz - a 10-time motorbike finalist of the Dakar – will be Sainz teammate as part of the mandated XE female-male pairing.

Although Sanz specialises in two-wheeled competition, he has made fleeting SEAT Eurocup, 24H Series and RX Lites cameo appearances.

Sainz said: “You can imagine how happy I am having Carlos Sainz a s a teammate.

“I have been following his career since I was realty young.

“Being his team-mate is a big pleasure. I hope to learn a lot and learn fast to be competitive.”

“To perform in the sport as best as we can and the second one is to use the loud speaker of the Extreme E platform and our own team to develop a conscience of the need for the fight against climate change to protect ecosystems and biodiversity and sustain gender equality.

Ex-Formula 1 driver Pedro de la Rosa is expected to act as QEV team principal after departing his role as sporting and technical director for the DS Techeetah FE team.