Two-time World Rally champion Carlos Sainz Sr has called on Extreme E to open up its equality stance to include age and size following an alteration to the pitstop regulations.

The all-electric SUV off-road racing championship has cut the minimum time for a driver change over from 45 down to 40 seconds for the second round in Senegal this weekend.

This follows an inaugural round in Saudi Arabia in April for which most teams completed their swap comfortably under the limit.

Motorsport.com understands the justification for the tweak was not stated in the drivers’ briefing but it is said to be in response to periods of inactivity in the pitlane as drivers had already adjusted their seat belts and were sat waiting for the timer to elapse.

But Acciona Sainz team co-owner and driver Sainz, 59, reckoned this rule change will hurt him and team-mate Laia Sanz in particular due to their age and size.

“Obviously, our team, I'm 85 kilos. Laia is also a big woman. For us, it's difficult to make the change. 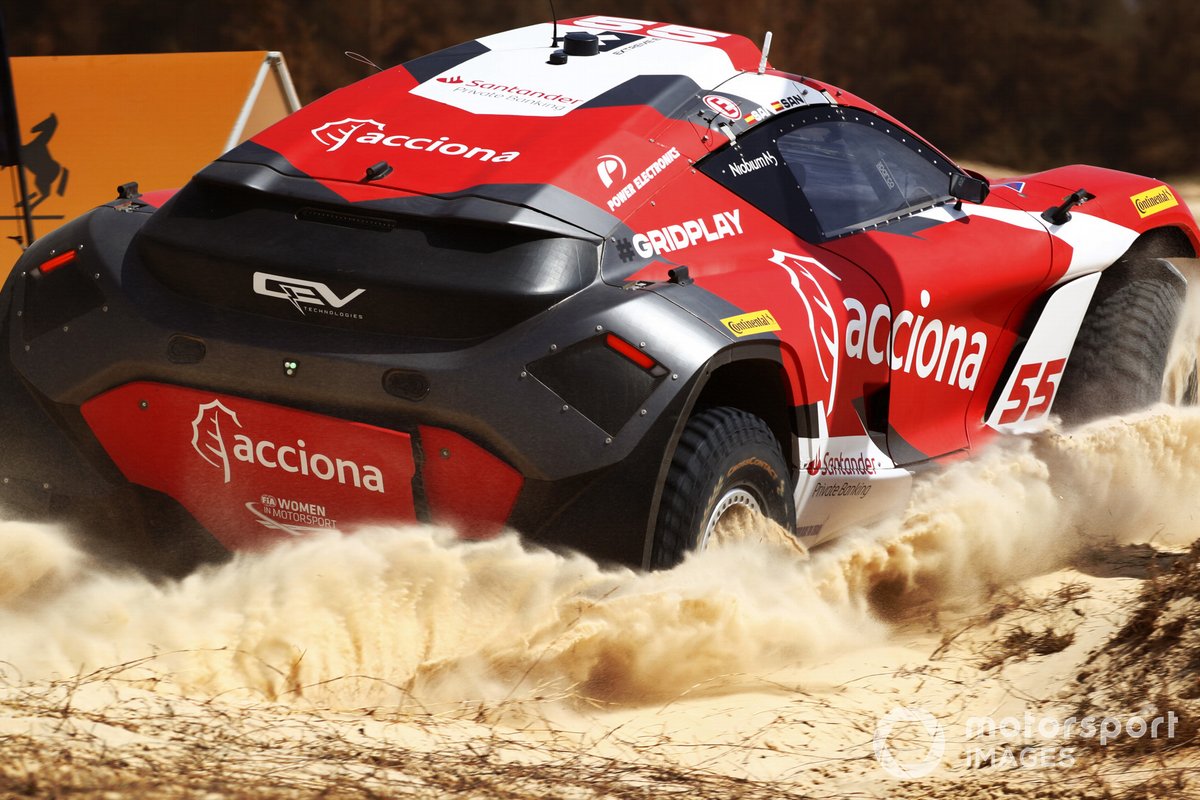 Sainz, who reported his throttle stuck fully open during practice in Dakar, added that he wanted Extreme E to be decided on the course and not in the pitlane through the rules.

He said: “At the end of the day, five seconds, it's not changing anything. But it's changing a lot when you also are not allowed to make the seatbelt loose before you arrive.

“This must be a championship that is won or lost on the track. And safety is the best, everybody will like to make sure it is correct.

“First, I would like to be in a proper way with the seatbelts very well tight. When I'm coming in, you have to turn, you have un-loose [sic]. With the hands, it's not easy.

Sainz added that Extreme E’s stance on equality, namely mandating each team runs a female and male driver, should be opened up otherwise the tweak stood to hurt him and Sanz.

He said: “If this is a championship of equality, it shouldn't be a problem to put these extra five seconds. It doesn't matter if you are bigger, taller, smaller, fatter, whatever.

“This shouldn't be a deciding factor.”