One of the most successful teams in all of GT racing headlines a full entry list announced for the 2014 Liqui-Moly Bathurst 12 Hour today.

A full field of 55 cars are entered to compete in the February 7-9 Event next year – six cars larger the previous record field (since the return of the race in 2007) of 49 cars set this year.

The pair of Vita4One Racing BMWs will likely race towards the front of an incredibly strong field of GT cars. 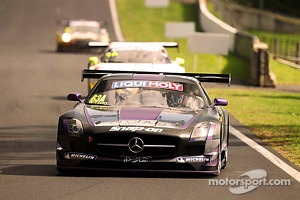 Vita4One racing, based in Olpe, Germany, won the FIA GT Championship every year between 2006 and 2009 and were world champions in 2010, then running the famous Maserati MC12. Following a brief stint with Ferrari the team switched to BMW Motorsport Z4M GT3s at the beginning of the 2012 season and continues to operate the cars to this day.

Headed by team manager / driver Michael Bartels, the team has been consistently successful in recent years in the FIA GT World Championship, the Blancipain Endurance Series and long-distance races across Europe and the world.

2012 Liqui-Moly Bathurst 12 Hour champions Phoenix Racing will return with their Audi R8 LMS Ultra, heading a strong Audi assault as the brand seeks to win a third 12-hour on the Mountain.

Nissan Motorsport will make a big push with the Australian debut of the GTR NISMO GT3, following on from their successful maiden season in V8 Supercars this year. 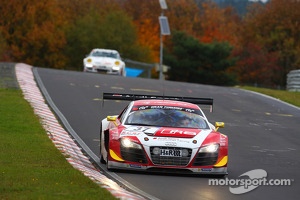 Popular British team Motionsport will return to the Event in 2014 with their Lotus Exige, having created an impact on the 2013 Event with a brave performance despite difficulties throughout. The British team will battle a Nissan GTR and a New-Zealand entered BMW M3 GT4 in Class C (GT4).

The usual diverse array of production-based vehicles will again return, whilst there will likely be several interesting inter-class battles throughout the field.

A one-hour session on Friday morning for cars in Classes C,D,E,F and I will commence at 7:45am and run for a full hour, to be followed immediately by another one-hour session for class A & B cars only.

The two morning sessions will be the first experience for competitors on the brand-new Mount Panorama surface currently being laid by the Bathurst Regional Council workers.

Two one-hour ‘all in’ practice sessions will be held in the afternoon on Friday to give teams and drivers experience of negotiating the 6.213km circuit with race traffic.

Qualifying will be held over three stages, a one-hour qualifying one to be held on Saturday morning to be followed by a 40-minute session for all cars later in the afternoon. A 15-minute session for Class A (GT3 outright) cars will immediately follow the second session.

Bathurst 12 Hour: Eight Audis on the entry list – including Phoenix and Rotek

The Maserati Trofeo World Series returns to the Hungaroring

Title battles hot up in Navarra