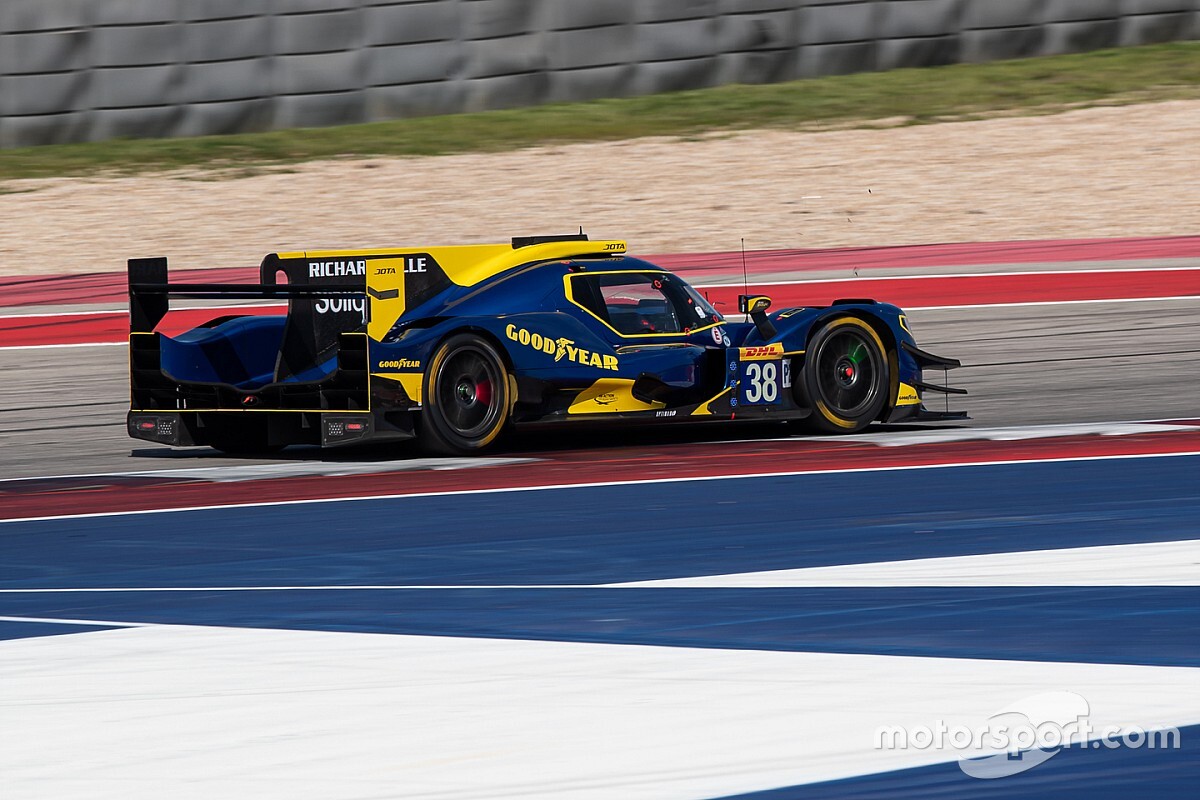 Former R-Motorsport Aston Martin DTM driver Jake Dennis will return to the prototype ranks for the first time in four years at the Spa European Le Mans Series round next month.

The 25-year-old Briton will drive for JOTA Sport, which has entered one of its LMP2 Oreca 07s in the Belgian event on August 9 in preparation for the Spa round of the FIA World Endurance Championship a week later.

Dennis will share the car with WEC regulars Anthony Davidson and Roberto Gonzalez in place of Antonio Felix da Costa, who will be racing that weekend for the DS Techeetah squad in the second of the three Formula E Championship double-headers in Berlin.

Dennis's previous prototype starts were aboard a JOTA-run Gibson 016S LMP2 run under the G-Drive Racing banner at the Spa WEC round and at the Le Mans 24 Hours 24 Hours in 2016.

He has retained his links with JOTA through his campaigns with R-Motorsport: it runs the former DTM entrant's GT3 team together with Arden Motorsport, with whom he raced in GP3 in 2016.

JOTA is one of four additional entries of WEC cars for Spa that have boosted the ELMS entry to 40 cars for its second round.

Three AF Corse-run Ferrari 488 GTEs will also contest the race, in addition to the factory Aston Martin Vantage GTE that joined the grid at this month's Paul Ricard series opener.

Teammates for Tatiana Calderon in the Signatech-run Richard Mille Racing LMP2 ORECA have yet to be nominated in the wake of Katherine Legge's accident in testing at Ricard.

Fractures to the Briton's left leg and right foot have ruled her out of the Spa ELMS round and Barcelona at the end of August while she battles to be fit for the Le Mans 24 Hours in September.

Andre Negrao, part of the Signatech Alpine team in the WEC, flew in from Brazil to share with Calderon in the rebuilt car at Ricard.

The Carlin Dallara P217 is again absent from the entry after missing the Ricard series opener.

Also missing from the entry list is G-Drive Racing's Nyck de Vries, who like da Costa is away on Formula E duty in Berlin. Roman Rusinov and Mikkel Jensen will therefore race as a pair.