Factory BMW driver Marco Wittmann says he and the Walkenhorst team have “found a way” with the M6 after jumping to third in the DTM standings with a podium finish at the Nurburgring.

The two-time champion made a slow start to the 2021 season as he got accustomed to GT3 cars, managing a best finish of fifth in the opening two rounds of the season.

The Germany-based Walkenhorst team also faced a learning curve of its own on its debut in the DTM, having to adapt from endurance racing to a sprint race format - with the series' rapid tyre-only pitstops being the biggest challenge for the outfit.

But Walkenhorst made a breakthrough at Zolder a fortnight ago, with Wittmann going on to convert pole position into an impressive victory in Race 2 and ending a two-year win drought in  the series.

That form carried over the Nurburgring sprint weekend, with the German driver securing a fifth and third position across the two races to move just two points behind second-placed Maximilian Gotz in the championship.

With 70 points across the last two rounds, the BMW star has outscored all other driver in the DTM field during this month, putting himself firmly in title contention for the first time since his championship-winning campaign in 2016.

Speaking after his 38th career podium in the DTM, Wittmann lauded the one-car Walkenhorst team for turning around its fortunes in such a short span of time.

"The expectations before the season were quite on the low side. It was also for me quite a step of a change coming from Class One cars to GT3 cars with ABS, traction control and so on, and it took me quite a while.

"Obviously Walkenhorst is a single car team, we kind of had to prove ourselves and had to get into the rhythm.

"But in the end we did so far a super good job and especially from Zolder onwards we had quite a ramp up in terms of performance, which is very positive and I'm proud of.

"Obviously very happy with P3. On Saturday we already scored some good points with P5 and on Sunday again a podium, which is important.

"So far we've scored in every race. So all in all, I'm super happy. I think we've found a way that we understand the car, understand how we approach the weekends, especially at Zolder and also here. I think it worked out pretty well I have to say." 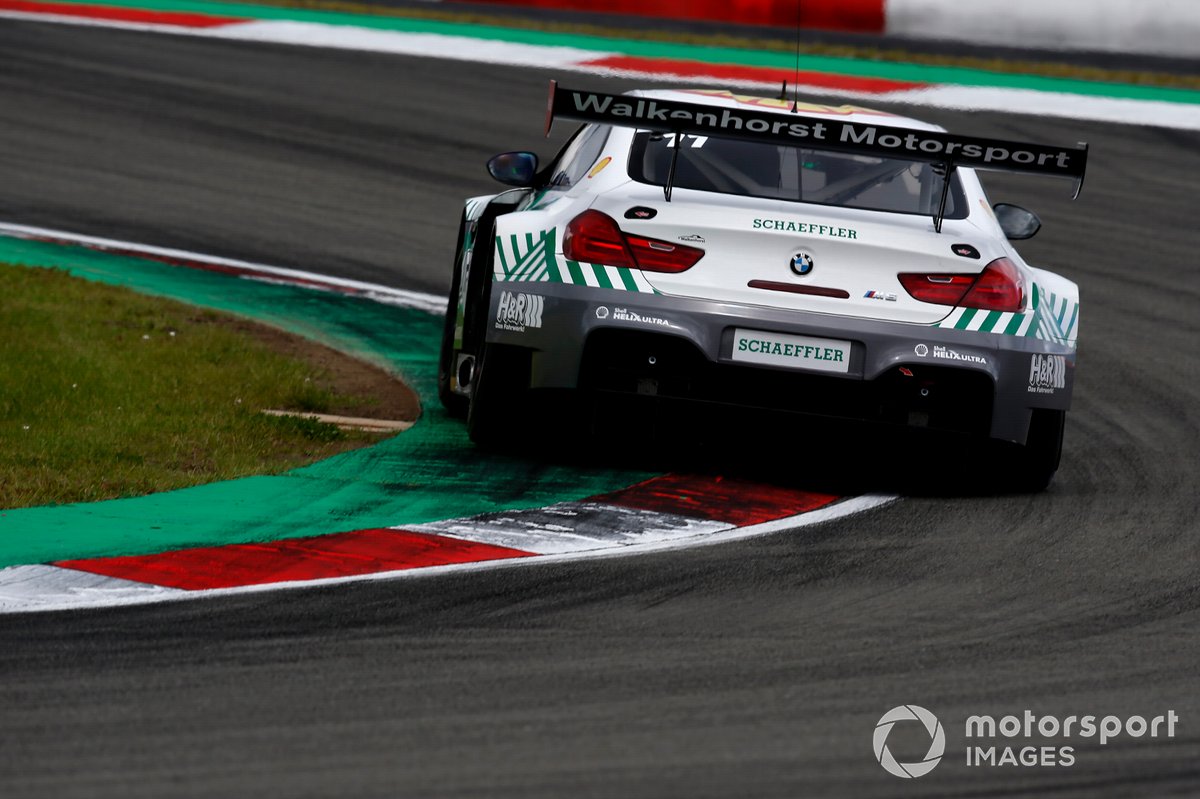 Wittmann feels Walkenhorst has made the biggest strides in one-lap performance, which is allowing him to show his potential over a race distance.

Over the first two rounds of the season, the 31-year-old failed to qualify inside the top 10, with an average starting position of 13.5 leaving him with a mountain to climb in the races.

By contrast, Wittmann has qualified inside the top two rows in all four qualifying sessions across Zolder and Nurburgring, leaving him with an impressive average starting position of 2.5.

"I think, to be honest, the first two weekends we mainly struggled in qualifying, we were pretty much on the back foot," he explained.

"We were starting the first four races pretty much around P14, P15, so we were struggling obviously. We gained positions in the race, got in the points but if you start P14-15, it's not easy.

"So I think we clearly made a step in Zolder and also coming here in qualifying, which is positive.

"I'm getting more and more used to these cars, but also the team gets more and more experience in this DTM environment, and I think we just made a step forward in qualifying and also in the races with pitstops and so. So at the end it's a team effort."