Portuguese street circuit Vila Real is pushing for a slot on a heavily-revised 2023 DTM calendar, which could feature just one event outside of German-speaking countries.

The DTM returned to Portugal for the first time since 2004 this year, with the Algarve International Circuit in Portimao opening the round of the season on April 30-May 1. While the event itself was a success, the race hardly drew any crowds despite the presence of WRC legend Sebastien Loeb, with drivers racing in front of near-empty stands at the ex-Formula 1 venue.

The city of Vila Real located east of Porto is now in contention to take Portimao place’s on the DTM schedule next year, although no deal has been concluded just yet.

Known for its love for motorsport, the city of 52,000 inhabitants has been hosting car races since the 1930, with the WTCC/WTCR the most recent championship to grace its streets from 2014 onwards.

However, the touring car championship is unlikely to return to Vila Real next year, making GT3-based DTM an obvious candidate to take its slot. According to Motorsport-Total.com, the organisers of the race have been trying hard to get DTM to add a round at the Vila Real street circuit, which is known for its high-speed layout and incident-filled races.

"If they can pull that off, it would be a mega event," he said.

"I think it would fit in well with the DTM. It's incredible what goes on at this race and how many people are moved there. Plus, it's definitely a track where a good driver stands out." 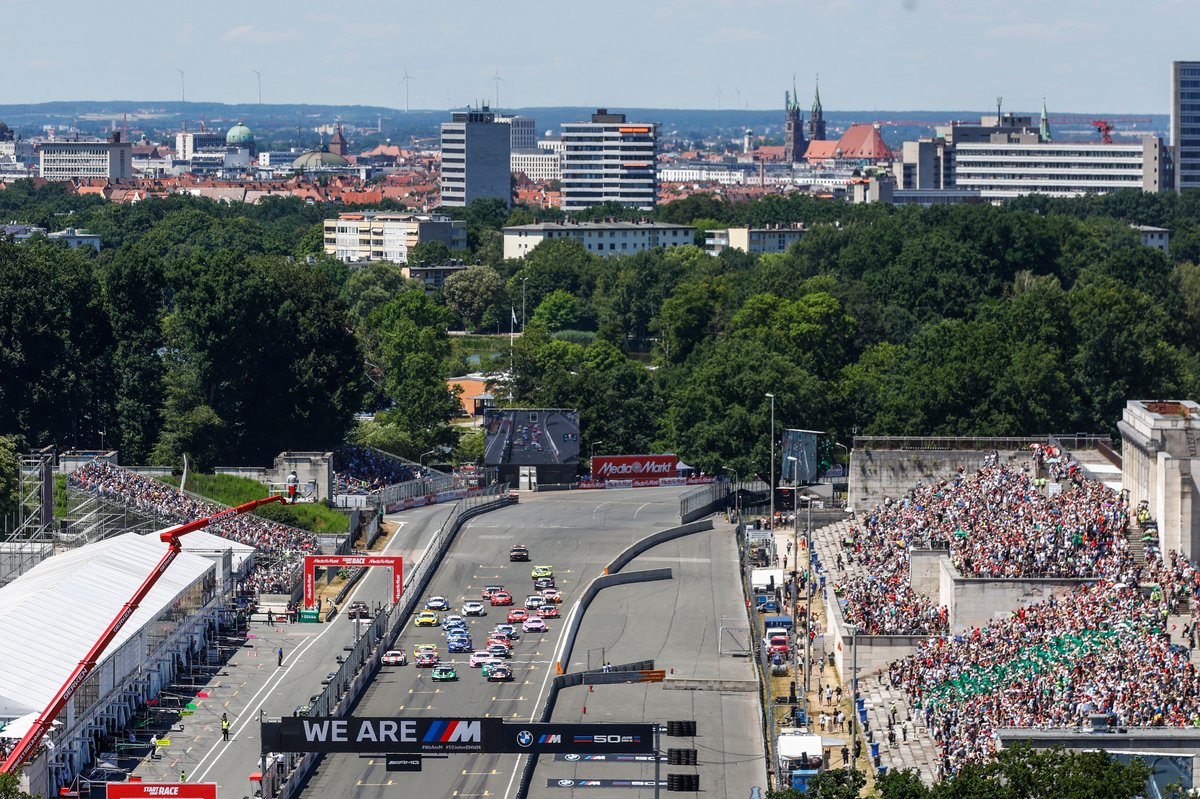 The DTM has already been hosting street races at the Norisring for decades, but the Nuremberg-based venue won’t occupy its usual early July slot on the calendar next year.

Formula 1’s decision to bring forward the Belgian Grand Prix to the end of July has triggered a series of events, forcing the Spa 24 Hours to be moved to July 1-2. This in turn has created a clash with the original Norisring date, something DTM must avoid as several drivers compete in the Belgian endurance classic every year.

The city of Nuremberg has proposed two alternative dates, June 23-25 and July 7-9. The DTM is likely to opt for the second of the two slots to avoid back-to-back weekends with a confirmed fixture in June.

The DTM was originally supposed to reveal its 2023 calendar in September, but has been forced to delay the announcement due to a number of factors, including the new date for the Belgian GP.

According to DTM chief Gerhard Berger, the series is currently not planning on announcing next year’s calendar at the Hockenheim finale this weekend, but he wouldn’t entirely rule it out either.

It is expected that the DTM will host five rounds in Germany next year, with Oschersleben expected to make a return for the first time since 2015. A second round at Hockenheim is seen as an alternative option. Both the Lausitzring and the Nurburgring are expected to keep their place on the calendar, while efforts to host a race at the Nordschleife have come to nought.

There will be two rounds in Austria next year after DTM promoter ITR concluded that pit buildings at the Salzburgring meet the series’ requirement. Red Bull Ring will continue to host the other Austrian round.

This means there will be only event outside of German-speaking countries next year as part of the series’ push to go ‘back to its roots’. Apart from Vila Real, several circuits in Italy are also believed to be evaluated for a place on the 2023 calendar.