DTM/Super GT set for only one standalone joint race

Only one standalone joint DTM/Super GT race will take place in 2019, Motorsport.com has learned.

Chiefs from both championships, which in 2020 will share the unified Class One regulations being adopted by the DTM this year, had intended to host two crossover events this year, with one to be held in Europe and one in Japan.

However, while the Japanese event is still expected to go ahead in November after the conclusion of the Super GT season, efforts to host a similar race in Europe have now been abandoned.

Instead, the DTM is now investigating the possibility of inviting Super GT teams to contest an existing event in the German-based championship this season as one-off entries.

In a statement provided to Motorsport.com, an ITR spokesperson said: “It is still our intention to have two meetings this year that feature both DTM and Super GT cars.

“For one thing, we're planning a joint event in Japan, likely to take place in November after the seasons of both series have ended.

"Unfortunately, another standalone joint event over the course of this season is not feasible due to the race calendars of both series. That's why we're planning to have Super GT cars participate at one of the nine 2019 DTM race events.

“However, it is not finally decided yet which race event it could be.”

Although there is only one direct clash between the DTM and Super GT calendars – between the DTM opener at Hockenheim and Super GT’s first Fuji race – the logistics of shipping cars to Europe from Japan make only a few DTM rounds viable venues for a joint race.

These include June’s Misano round, July’s Assen round and the Hockenheim finale in October.

Fuji is likely to host the Japanese event in November after the Super GT season concludes at Motegi, although an exact date has not been finalised amid difficulties finding a slot on the Oyama venue’s congested schedule. 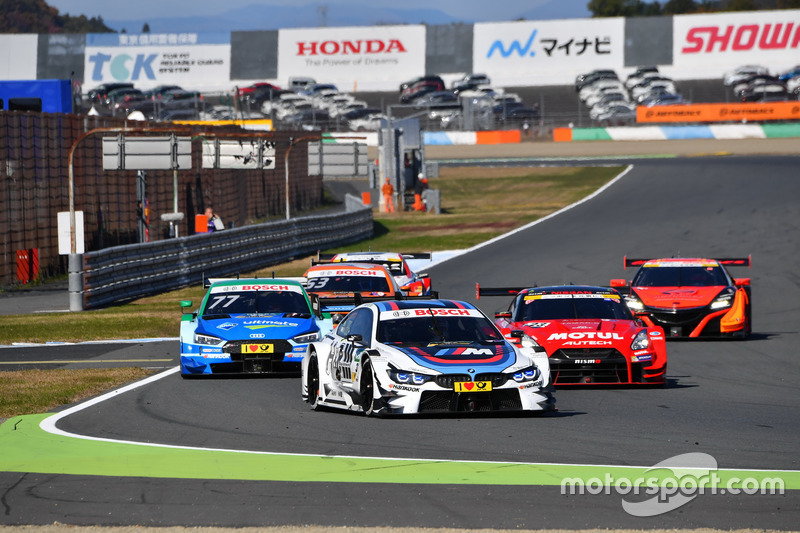