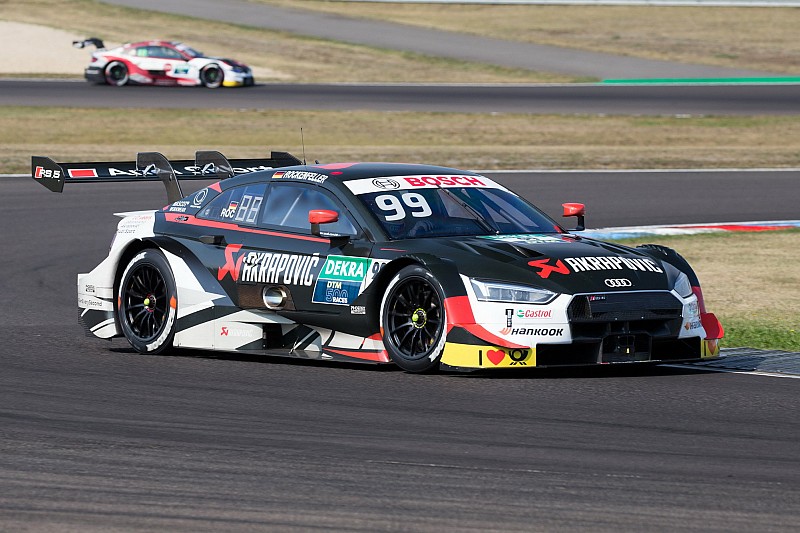 The boss of Audi DTM squad Phoenix Racing has described the ongoing coronavirus situation as the “worst crisis” in his team’s 20-year history.

The COVID-19 pandemic has affected the financial health of teams across various motorsport categories, and the DTM has proven no exception to this.

Phoenix has contested every season of the DTM since the category's rebirth in 2000 and powered Martin Tomczyk and Mike Rockenfeller to drivers’ titles in 2007 and ‘13.

But team boss Ernst Moser believes Phoenix's existence could be threatened if the situation, which has delayed the start of the DTM season until mid-July at the earliest, doesn't improve soon.

"This is clearly the worst crisis I've ever experienced with my company," Moser told Motorsport.com. "For a certain period of time I can bridge that gap, but in the long run it's obviously a killer.

"If it goes on like this for more than a month or two, it's going to be difficult."

While Phoenix is on a stronger financial footing compared to privateer teams thanks to its affiliation with Audi, Moser said that lack of racing in the first half of the calendar year will have a negative impact on its budget.

The squad is also losing out on income from its customer programmes, as the start of the 2020 NLS (formerly VLN) season - where it fields several Audi R8 LMS GT3 cars - has likewise been delayed amid the pandemic.

"In the DTM we have a certain basic security through the works contract with Audi, which runs until the end of the year,” Moser said.

"[But] If we don't have any assignments in the DTM, we won't get the budgets that were normally promised to us in the contract.

“[While costs will be lower] but of course, we will also lose budgets. That's how you should get through the year, even though you certainly won't be in the black."

Fellow Audi DTM squads Rosberg and Abt Sportsline - which also runs the marque's Formula E programme - also admitted that that their finances have taken a hit because of the pandemic, but not to as great an extent as Phoenix.

"The worries are definitely there, but the situation is still okay under the circumstances," said Team Rosberg boss Kimmo Liimatainen, who recently took over the reins of the team from the now-retired Arno Zensen. "You'll survive the odd month or two."

Abt CEO Thomas Biermaier added: “As a works team, you're in a different situation than the private teams or GT teams that really have to finance themselves with driver income. Nevertheless, the air is also limited in the works teams."

Why WRT is in a stronger position

Customer Audi squad WRT insists that it will be able to weather the crisis, having the safety net of its parent company Weerts Group, which specialises in both real estate and logistics.

"Of course this crisis is difficult for us," team boss Vincent Vosse told Motorsport.com. "But for other people it must be much more difficult. We're lucky that we're well-organised and that we made decisions early on so that we can face this situation.”

"Fortunately, we have the possibility to provide our employees with temporary work in another area of the group, because a lot of people are needed in the logistics area at the moment.

"Apart from the truckies, they're doing something different than usual now, but at least we haven't let anyone down."

Vosse warned that the cancellation of the entire 2020 DTM season would "hit the team with certainly", but added: "I don't believe that the whole season will be canceled. Nobody can say that at the moment. We are passengers."