GT3 racing veteran Christopher Haase will make his DTM debut at the Nurburgring this weekend, driving for the factory-supported Team Rosberg Audi squad.

The 33-year-old, who has claimed outright wins in 24-hour endurance races at Spa, Nurburgring Nordschleife and Dubai, has been drafted in as a last-minute replacement for rookie Dev Gore.

In a statement, the outfit led by Kimmo Liimatainen said the 24-year-old American will be sitting out of the fourth round of the season due to personal reasons.

Gore later wrote on his Instagram account that he has elected to skip the round as a precautionary measure after reporting flu-like symptoms in the run-up to the race.

"Unfortunately, I will not be competing at Nurburgring this weekend as I have slight flu-like symptoms," he wrote.

"Although we have not been able to confirm whether or not it's covid yet, the team and myself have agreed that it is in the best interests of all the team members that I do not participate this weekend to avoid future complications for any of the team members.

"I'd like to wish the best of luck to the entire team this weekend and the following week in Extreme E and hope to be back in time for Austria. Good luck to Christopher Haase who will fill in for me."

Liimatainen added that Haase was an obvious choice for the team, given his success with the Audi R8 LMS GT3 he'll be driving at the Nurburgring this weekend.

"Of course it's a great pity that Dev can't be at the Nurburgring and we hope that he will return at the Red Bull Ring," said Liimatainen.

"Nevertheless, I think that with Christopher we have found a good replacement who, thanks to his great experience with the Audi R8 LMS GT3, can get into the car without much preparation.

"In addition, he knows the Nurburgring very well. For us as a team, the focus has not changed. In the Eifel we want to continue our upward trend and attack the podium places with Nico Meller and Christopher."

Team Rosberg, which powered Rene Rast to three drivers' titles between 2017-20, has amassed one podium so far with last year's runner up Nico Muller behind the wheel of its lead Audi R8 LMS.

Newcomer Gore has had a comparatively difficult time in the sister Audi, scoring a best finish of 12th in the opening three rounds of the season.

Haase bolsters what is an already strong grid at the Nurburgring, with the likes of Luca Stolz (Toksport Mercedes) and Porsche Supercup ace Michael Ammermuller (SSR Performance) also making their first appearances in the category.

Ex-Audi and Opel driver Hubert Haupt will also drive a third Mercedes for his eponymous HRT team, becoming the first driver to compete in all three eras of the series. 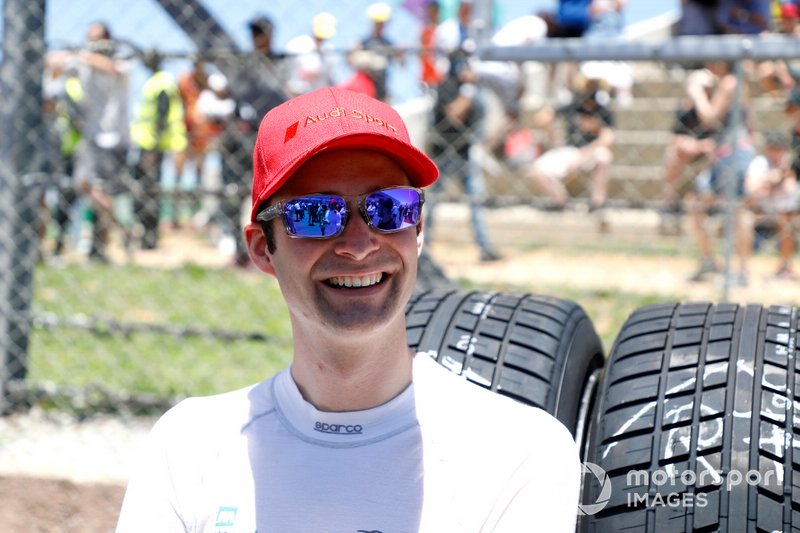 Audi's Muller not expecting many more DTM win chances in 2022