2009 Formula 1 champion Jenson Button could make guest appearances in the DTM in 2022 at the wheel of a McLaren 720S GT3, according to the co-owner of Jenson Team Rocket RJN, Chris Buncombe.

Button and Buncombe, together with Bob Neville, founded the Jenson Team Rocket RJN squad in 2019 that has gone on to compete in Blancpain GT Series (now GT World Challenge Europe) and British GT in the last two years.

The outfit was originally intending to expand into the DTM in 2021 with a one-car entry, going as far as making an official announcement in December, but it was revealed last month that those plans have been put on the backburner in favour of a full season in both British GT and GTWCE.

However, the British-based team hasn’t completely given up on the DTM yet and is targeting an entry into the revamped GT3-based category next year, possibly with two cars.

This has opened up the possibility of Button racing in the DTM as a guest driver, having largely remained out of action since he stepped down from SUPER GT at the end of the 2019 season.

Asked if the 2018 GT500 champion could make a cameo in the DTM when Jenson Team Rocket RJN eventually joins the championship, Buncombe told Motorsport.com: “At some point. Certainly with...we all know it’s a great series and for any driver it’s a great championship to be a part of. So possibly. Who knows in the future.

“This year I think there were only two races that didn’t clash. But for next year it would depend upon how other calendars look like and schedules.”

Button has driven for his own team in the past, having taken part in the final round of the British GT season at Silverstone in November of last year.

The Englishman isn’t completely new to the DTM either; in the 2019 title decider at Hockenheim, he drove a SUPER GT-spec Honda NSX as part of the two championship’s Class One collaboration.

But Button’s next guest outing in the DTM outing won’t happen until at least 2022, with Buncombe ruling out the possibility of Jenson Team Rocket RJN entering a car on a one-off basis for him this season.

Buncombe cited the 41-year-old’s busy racing schedule, which currently includes a campaign in the new Extreme E series, managerial duties with the Williams F1 team and a punditry role with Sky Sports in the UK, as the key reason why it may not be possible.

“It’s not likely,” he said when asked if he could race in the DTM this year. “That was never the intention when we looked at it this year. There was always the chance of him doing one or two invitational outings and that can still be the case possibly.

“He’s super busy, obviously being based in the US, doing his work for Sky at Formula 1 races, Extreme E. At the moment I don't expect that. Who knows. Another season. Everything is possible.” 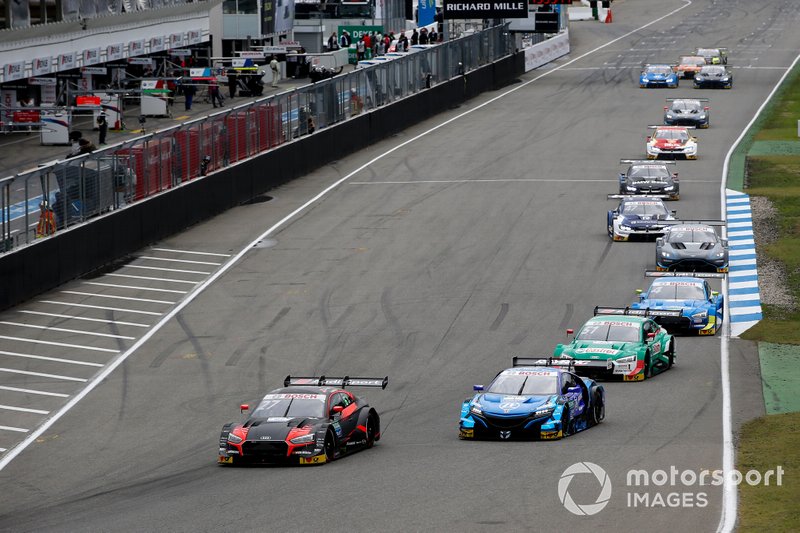