Bortolotti thought his race was over at Portimao DTM restart

Grasser Racing driver Mirko Bortolotti thought his race was over when his Lamborghini Huracan suffered a sudden loss of power at the safety car restart during the opening DTM race at Portimao.

Bortolotti was on course to claim a maiden DTM for himself and Lamborghini having converted pole position into a comfortable lead in the opening half of the race.

However, a mid-race safety car prompted by GRT teammate Rolf Ineichen threw a spanner in the works, allowing the field to bunch up again behind the Italian driver.

When the race went back to green, Bortolotti struggled to accelerate from the lead and slipped to sixth place on the long run down to Turn 1, handing the lead to eventual winner and Winward Mercedes driver Lucas Auer

The 32-year-old quickly recovered to fourth place but then got stuck behind another Mercedes of Maro Engel and it wasn’t until the final lap of the race that he could make a move on the GruppeM driver to snatch the final spot on the podium.

Speaking after the race, Bortolotti revealed that it was a technical problem that led to the sluggish restart that cost him a likely maiden DTM victory at Portimao.

“We had quite a good day until the restart, where unfortunately an issue cost us probably a better result than what we had in the end," explained the factory Lamborghini driver.

“Seems like we had the race under control but unfortunately the restart was not as good as I wanted it to be.

“Luckily, we kind of recovered and I could accelerate out immediately after that and recover a good position and [score] good points for us today.” 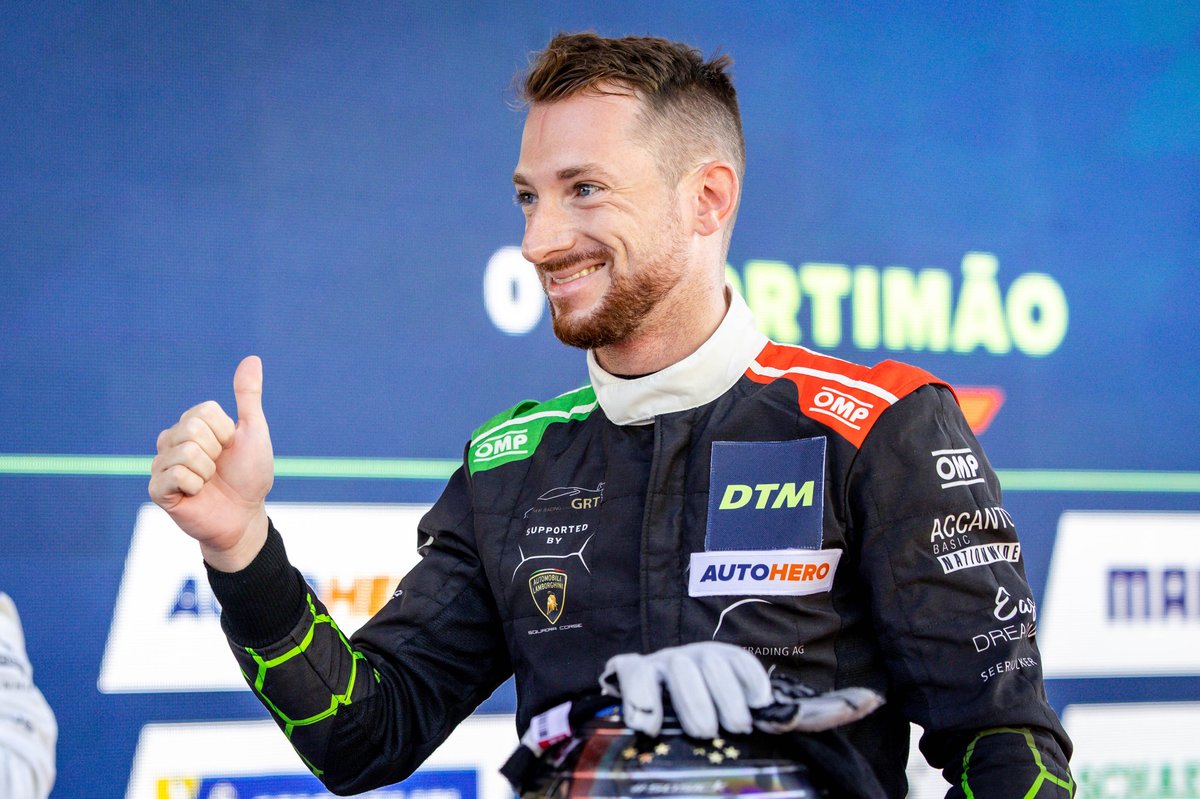 Bortolotti said his team Grasser Racing, a new entrant to the DTM this year, will have to analyse what caused power to cut out on his Lamborghini when the safety car period ended after lap 22 of 32.

The car of Bortolotti’s GRT teammate Ineichen previously came to a halt at Turn 1 shortly after he exited the pits on lap 17, which caused the safety car to be deployed in the first place.

“I have no idea honestly, we need to investigate it and find out what happened,” said Bortolotti, who finished second for T3 Motorsport in a wildcard outing at Assen last year.

“Rolf also had an issue after the pitstop so it could be something similar, I don't know. We need to check first and hopefully we'll find the issue and it doesn't happen again.

Bortolotti will carry 5kg of extra weight on his Lamborghini in Sunday’s second race at Portimao as part of the DTM’s revised success ballast system for 2022.