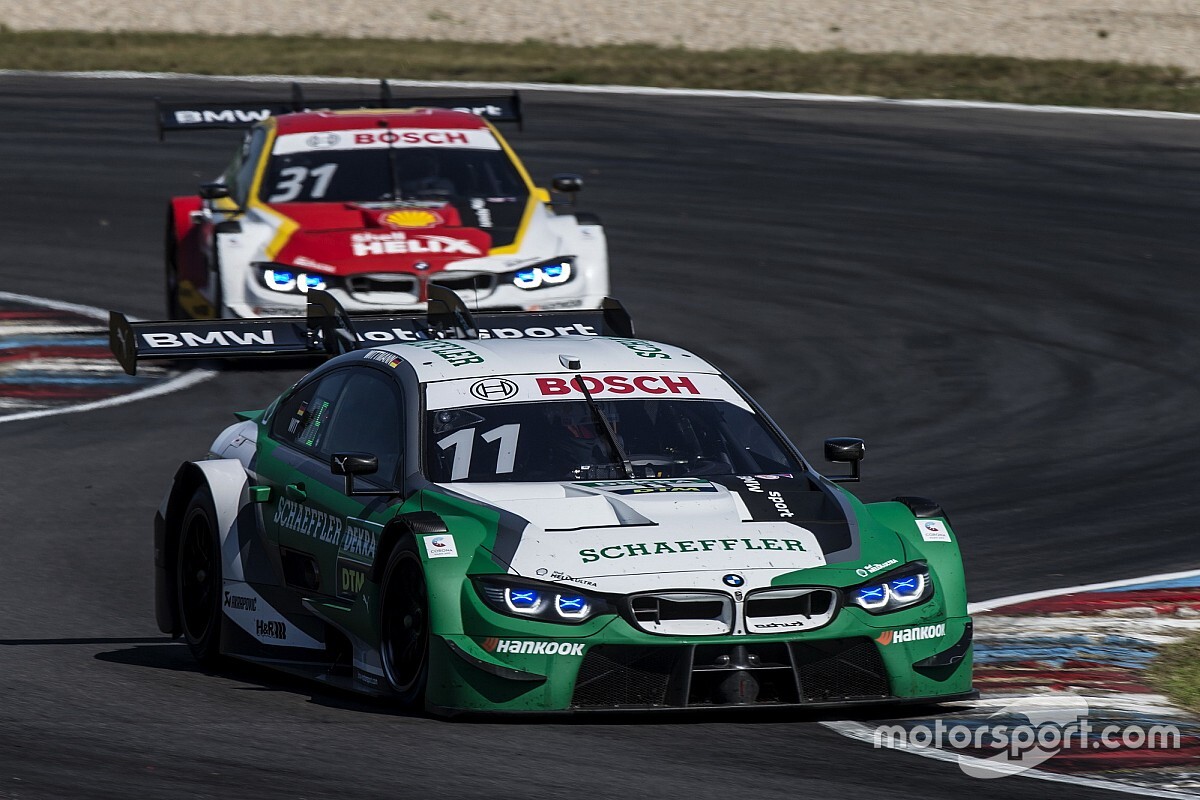 BMW Motorsport boss Jen Marquardt admits the marque was “too cautious” with its approach in the DTM season opener at Spa-Francorchamps following a double podium at the Lausitzring.

BMW played second fiddle to Audi at the start of the 2020 DTM campaign at Spa earlier this month, failing to trouble its Ingolstadt-based rival for a top-five spot in either race.

However, it delivered a remarkable turnaround in pace at the Lausitzring last weekend, with both Sheldon van der Linde and Marco Wittmann scoring a podium each on merit after beating their Audi rivals on track.

Asked to explain what changed between Spa and Lausitzring rounds, Marquardt said: “Well, it’s obviously a different track. It’s a track that we know, even if it’s the shorter layout we know it much better [than Spa].

"I think after the test in Spa we approached [the race] very cautiously. We had seen some difficulties [at the test] and probably meant we were too cautious with the approach we took, and definitely for here we were closer to the limit straight away.

Wittmann endured a nightmare weekend at Spa, scoring a single point across the two races, before bouncing back at Lausitzring to finish as BMW’s top points finisher.

This included a charging drive from seventh to third in Race 2, where he successfully passed Robin Frijns and kept Nico Muller at bay in the opening stint.

However, Wittmann believes BMW still has a huge gap to bridge to Audi, pointing out a nine-second gap to race winner Rene Rast and second-placed Muller after 43 laps of racing.

“Once again in the race we were a little bit more in better shape than quali,” Wittmann said. “This we showed Saturday already and on Friday.

‘But the fact is that we were still missing at least the first two guys, Nico and Rene. There was still a gap of round about nine seconds at the end of the race.

‘It seems like we are a bit better on the long run pace, but generally you saw that we are missing pace, especially the gap in qualifying was quite high [on Sunday], bigger than Saturday, which is disappointing to see.

“If you start P7 and there are six Audis in front you don’t expect a podium at all. So at the end I’m happy about the podium, but clearly not happy about our current pace and performance compared to the competition."