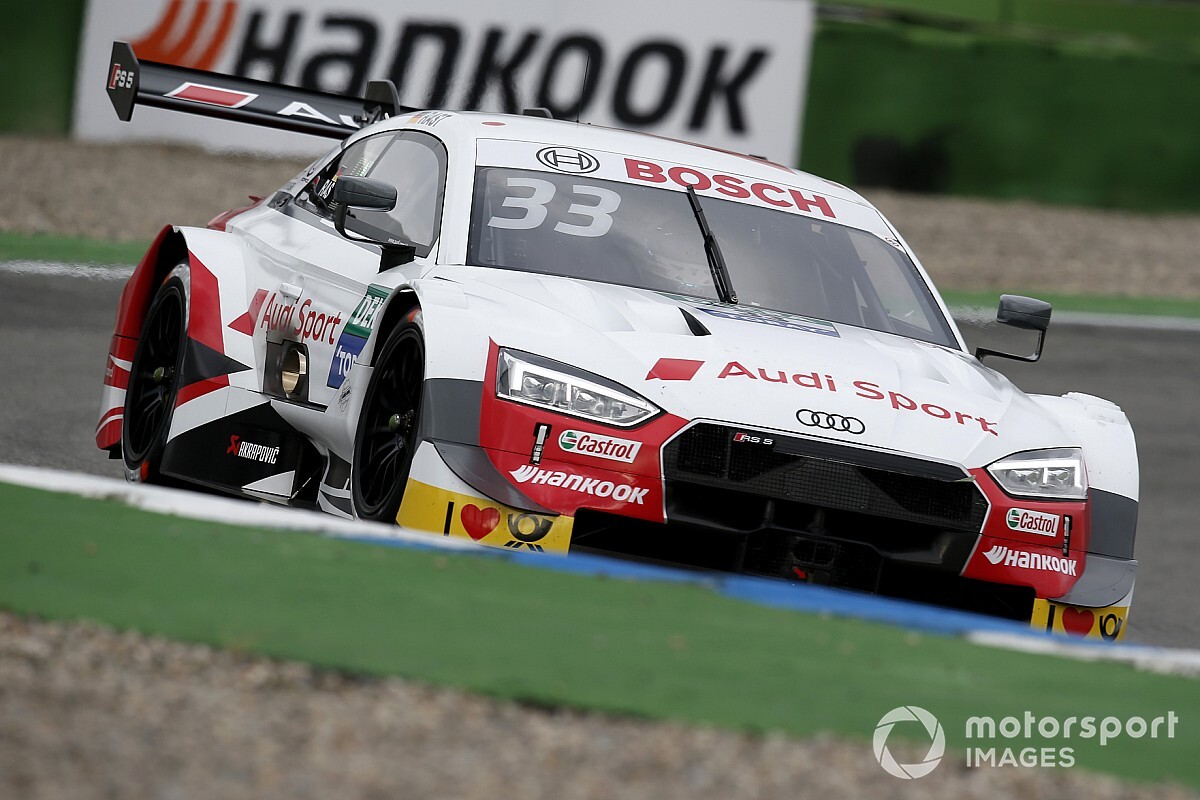 Audi has announced it will not take part in the DTM beyond the 2020 season, plunging the championship's future into doubt.

The Ingolstadt brand made the announcement on Monday, citing the desire to focus its energies on its Formula E and customer racing projects and also the negative economic consequences of the global coronavirus pandemic.

Audi had however been known to be weighing up its future involvement in the German tin-top series even before the COVID-19 crisis.

The decision follows parent brand Volkswagen's decision to terminate its non-electric motorsport programmes last year, and leaves BMW as the DTM's only manufacturer.

"Audi has shaped the DTM and the DTM has shaped Audi," commented Markus Duesmann, Audi's Chairman of the Board of Management. "This demonstrates what power lies in motorsport – technologically and emotionally.

“With this energy, we’re going to drive our transformation into a provider of sporty, sustainable electric mobility forward. That’s why we’re also focusing our efforts on the race track and systematically competing for tomorrow’s ‘Vorsprung.’

"Formula E offers a very attractive platform for this. To complement it, we’re investigating other progressive motorsport formats for the future.”

Berger admits DTM future up in the air

Audi's exit comes as another heavy blow to the DTM, not long after it suffered the loss of the R-Motorsport Aston Martin squad after just a single season.

A 16-car grid had been assembled for this year's coronavirus-delayed campaign, with Audi upping its involvement to nine cars, including three to be fielded by customer team WRT.

ITR chairman Gerhard Berger responded to the news of Audi's withdrawal in a statement, admitting that the DTM's future is now entering a critical phase.

It read: "Today is a difficult day for motorsport in Germany and across Europe.

"I deeply regret Audi's decision to withdraw from the DTM after the 2020 season. While we respect the board's position, the short-term nature of this announcement presents ITR, our partner BMW, and our teams with a number of specific challenges.

"Given our common association, and the particular difficulties we all face during the COVID-19 pandemic, we would have hoped for a more united approach.

"This decision worsens the situation, and the future of the DTM now very much depends on how our partners and sponsors react to this decision. Nevertheless, I fully expect Audi to undertake its planned exit properly, responsibly and in full partnership with ITR.

"My commitment remains to the year ahead, and to ensuring we provide our hundreds of thousands of fans with a thrilling and competitive season.

"But, as soon as possible, I also want to create planning security for our participating teams, sponsors and everybody whose job depends on the DTM."

Audi has been a mainstay of the DTM since the championship's relaunch in 2000, first in semi-official guise with Abt Sportsline's TT-R programme and since 2004 as a full works entrant.

It was also part of the 'old' DTM for three seasons in 1990-92, scoring two titles in that time, and scored a further nine crowns in the current era of the series with Laurent Aiello, Mattias Ekstrom, Timo Scheider, Martin Tomczyk, Mike Rockenfeller and most recently Rene Rast.