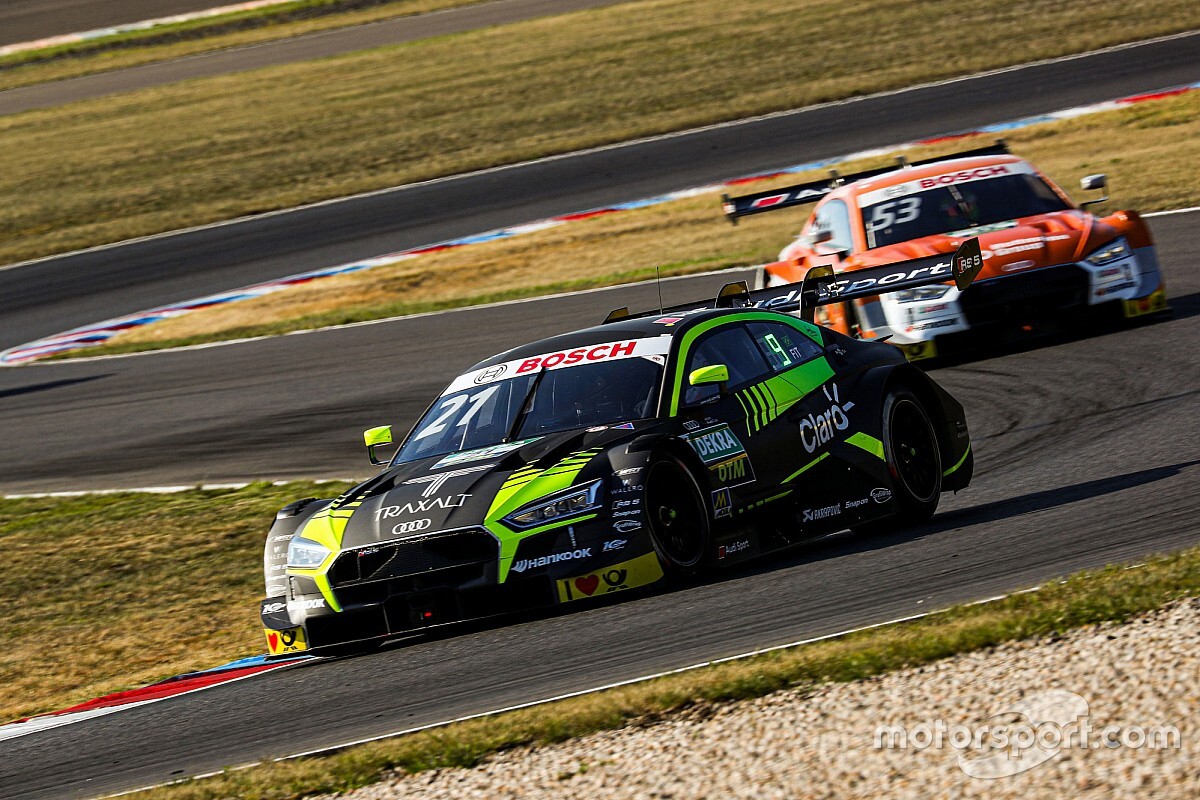 Audi DTM teams have warned it would be too expensive for them to compete in the series as privateers following the German manufacturer’s withdrawal at the end of 2020.

Audi announced on Monday that it would pull the plug on its DTM programme after two decades, leaving BMW as the only manufacturer and threatening the existence of the series.

However, shortly after the announcement, Assen race promoter Lee van Dam claimed he had heard from ITR that Audi would continue to supply Class One engines to teams, theoretically allowing the current formula to continue beyond 2020.

Van Dam told Motorsport.com: “From ITR, they called me Monday morning and said, ‘Lee, there's a bad message coming out at 5pm but it's not as bad as it looks. It's actually just like Mercedes would withdraw from Formula 1 as a factory team, but continue to supply engines to Williams, for example. That's how you have to see it.’”

However, Audi teams insist there have been no talks with the Ingolstadt brand about a supply of engines beyond 2020, while ITR and Audi have refused to comment on the situation.

"If this was Audi's plan, they would probably have approached their own teams first," Abt team boss Thomas Biermaier told Motorsport.com. "That didn't happen, so I assume that there's nothing to it. But if such a possibility existed, you'd have to analyse it."

Team Rosberg boss Kimmo Liimatainen believes even if an agreement could be reached with Audi, it would simply prove too expensive for teams to compete in the championship without any factory support.

Liimatainen has past experience of running a privateer team, having fielded a Lamborghini Huracan GT3 in the ADAC Masters series in 2018 before withdrawing from the category after a single season.

“I think this is very difficult," said Liimatainen. "I haven't gone through the figures in detail yet, but would spontaneously say that this is simply too expensive.

“I've seen what a battle of materials we had in GT3 at times. And that was only GT3. Class One is even more extreme."

"Sure, you may find something, but the next question is whether the others will find something as well. If so, is there a series at all?”

Liimatainen’s words were echoed by Vincent Vosse, whose WRT team is believed to have spent around five million euros to run a two-car privateer team in 2019.

"It's easy to say that you simply take a car from Audi and use it. But who pays for it?” Vosse told Motorsport.com.

"The engine is probably the most expensive thing in the DTM these days. It's still new. Although it's frozen, it's still in development.

"If you don't have a manufacturer behind you to develop this engine and cut costs, you don't stand a chance. That's an important aspect that we should not forget."

However, according to Team Rosberg's Liimatainen, even WRT’s financial model may not work in 2021, as drivers may no longer be willing to pay anything up to a million euros for a seat without the lure of a factory drive in the future.

Liimatainen explained: "The problem is that with WRT it only works because the drivers have the desire and the perspective: ‘If I'm good, I'll become a factory driver!’ But if this perspective no longer exists, is that still interesting [for them]?”

Phoenix team boss Ernst Moser believes the DTM will ultimately have to ditch its current cars to keep the series alive.

"I do think that there are still chances to keep this championship and this platform alive,” Moser told Motorsport.com. "But I don't think it's possible with Class One cars anymore.

"First you have to get these cars. I don't know if there has been any thought about putting the cars into private hands. We need to talk about that. But even then, the costs would be quite high."

Could GTE be the answer to the DTM's survival dilemma?