Tom Ingram stretched his British Touring Car Championship lead going into the finale with his second victory of the day at Brands Hatch.

Ingram and his Excelr8 Motorsport Hyundai i30 N soaked up massive pressure from the West Surrey Racing-run BMW 330e M Sport of Jake Hill, who has now become his closest title rival and is 11 points adrift.

Pre-weekend championship leader Ash Sutton placed fifth in his Motorbase Performance Ford Focus and is 14 points adrift, while a charging drive to third from WSR BMW star Colin Turkington was not enough to keep him in title contention.

The race initially followed a similar pattern to the first – minus the safety cars and long clear-up operations – with Ingram holding the Speedworks Motorsport Toyota Corolla of Rory Butcher at bay.

But once Hill had his tyres warmed up on the rear-wheel-drive BMW, he began to haul in Butcher.

By one-third distance Hill was with the Toyota, and he managed to slip through on the inside of Druids on the eighth lap of 15.

He set off after Ingram and, with five laps remaining, the Hyundai was having to defend.

But Ingram made no mistakes, and saved one more lap of hybrid deployment than Hill who, with three laps remaining, had run out of rear-tyre life.

This was evidenced by a massive slide for Hill at Sheene Curve on the penultimate lap, and he eventually finished 0.673 seconds adrift of Ingram.

“I’m out of puff from that one,” said Ingram. “That really was hard work.

“I didn’t have the pace against Jake. The only way we did have the pace was on hybrid deployment, so I had to use it and deploy it where I could build a gap.” 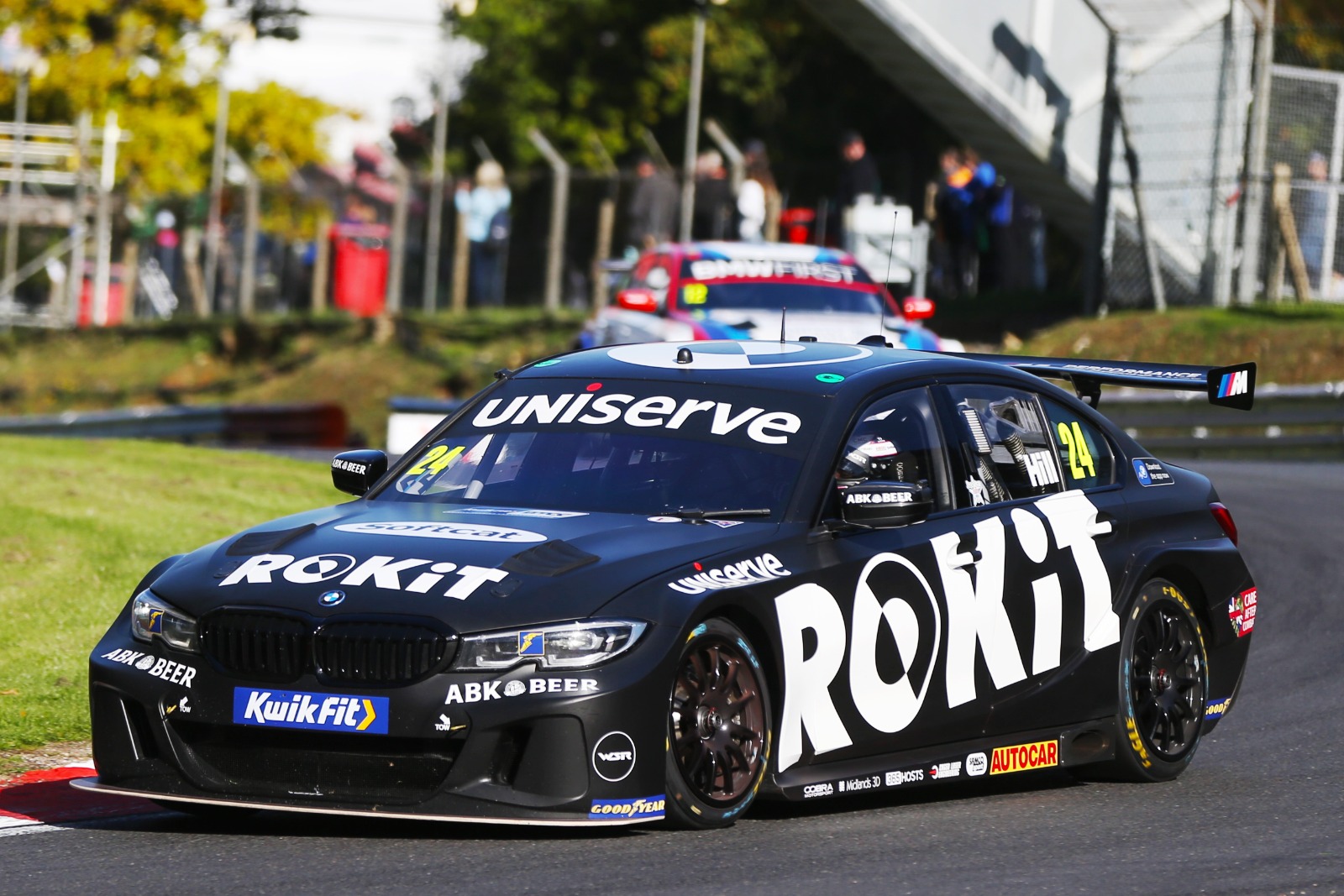 Hill’s team-mate Turkington was right in the rear-view mirror of the sister BMW by the finish.

The four-time champion finally made it past Sutton for fourth into Surtees on the eighth lap after a long period of probing, and then closed in on Butcher, who he passed into Druids five tour later.

Sutton fell back into a massive battle with the Ciceley Motorsport BMWs of Adam Morgan and George Gamble – the latter getting ahead of Morgan briefly, before the veteran reasserted himself in sixth place behind Sutton.

Furthermore, a five-second penalty for a false start for Gamble dropped him to 11th in the results.
Up to seventh came the BTC Racing Honda Civic Type R of Josh Cook ahead of Dan Cammish (Motorbase Ford), Bobby Thompson (Team Hard Cupra Leon) and Dan Lloyd (Excelr8 Motorsport Hyundai).

With wins record holder Jason Plato retiring from the BTCC after this weekend, he performed the reversed-grid draw, and it’s Lloyd who will start on pole.