Ducati rider Scott Redding feels Toprak Razgatlioglu is ‘ruffling the feathers' of Jonathan Rea after the reigning World Superbike champion crashed out of the lead in Sunday's final race at Donington Park.

Kawasaki ace Rea suffered a fall at Coppice on lap 11 of 23 in the second full distance race of the British WSBK round, shortly after having passed Razgatlioglu’s Yamaha to reclaim the top position.

The 34-year-old was able to salvage a 19th place finish after remounting on the bike, enduring his first non-points finish of the year, while Yamaha man Razgatlioglu cruised to his third win in four races to take the lead in the standings.

This was the second time this season that the six-time WSBK champion has made an uncharacteristic error while running near the front, having suffered a major moment on his Kawasaki at Misano last month while chasing the Ducati of Michael Ruben Rinaldi for victory.

Last year’s championship runner-up Redding feels Rea’s crash was down to the pressure applied by Razgatlioglu after charging from sixth to second on the opening lap, and he could potentially benefit from their on-track tussles in the future.

“Toprak seems to be quite consistent, and from what I could see it looked like Jonathan made a mistake under pressure from Toprak,” said Redding. “What’s gonna happen now? In a worst-case scenario, I’m there to collect the pieces.

“Now there’s someone else in the mix to ruffle Jonathan’s feathers, and that’s gonna be hard for him to accept, because it’s the first time… I say that, he made a mistake in Misano because he was pushing; he wasn’t able to get away and get his pace; wasn’t able to win races.

“Here [in Donington he] wasn’t struggling, but he was being put under pressure. It’s not going to be easy for him.”

Ducati suffered its worst weekend of the 2021 season so far at Donington, with none of its factory or satellite riders able to finish on the podium.

Redding himself could manage a best finish of fourth place in the last encounter of the weekend, having retired from Race 1 with a high-side crash and struggled to 18th in the Superpole race after electing to run full wets on a damp but drying track.

This has allowed Razgatlioglu and Rea to pull away from the rest of the pack in the championship standings, with Redding now finding himself 66 points behind the Yamaha rider - and just three clear of Rea’s Kawasaki teammate Alex Lowes.

However, the British rider is convinced that he is not out of the championship fight yet, with nine of the 13 rounds still to run this season.

“The goal is always the championship,” he said. “In WSBK, there’s many more points [per weekend] on offer than in MotoGP. So if the gap is 60 points, you can almost get that back in one weekend if they have a disaster and you have a great weekend. It just looks big.

“It will be hard, but I don’t want to say it’s impossible.”

Expanding on Ducati’s recent struggles, Redding feels some of the Italian marque’s rivals have made a big step forward over the winter, meaning it is punished more every time it has a difficult weekend.

“The issue seems to be that the setting we used in Estoril doesn’t work in Misano, and the setting from Misano doesn’t work in Donington, so it’s always luck of the draw when you go out in FP1 whether [the set-up] is going to work or not,” explained the Briton.

“Last year the bike was more rider-friendly, a bit more forgiving. Now it’s either really good or it doesn’t work at all, and there’s no in between.

“I think that’s also due to other manufacturers upping their game since last year. Yamaha seems to have made a step, we can see they have improved and they are consistent.

“BMW made a small step so when we’re having a bad day they are on our heels or they are getting between us [and Razgatlioglu/Rea], which is putting us from third to fifth.” 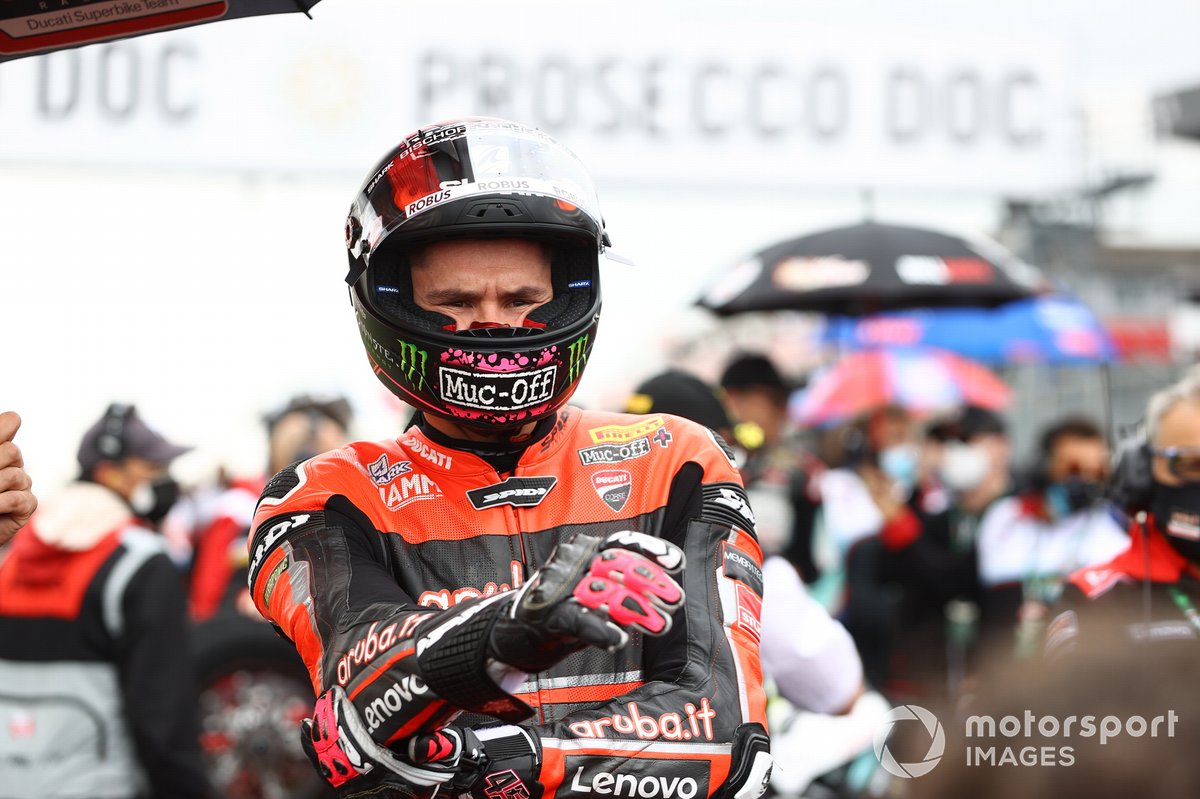