Jonathan Rea admits his crash in the opening race of the weekend at Most has highlighted a weakness of his Kawasaki World Superbike challenger.

Rea endured a difficult weekend on WSBK's first visit to the quirky Czech circuit, as he scored just 23 points across the three races - his worst tally since the championship adopted its current format in 2019.

The Kawasaki rider suffered his second crash in the space of five races in the opening race of the weekend on Saturday, losing control of the front end of his ZX-10RR over the bumps at Turn 1 while battling the Yamaha of chief title rival Toprak Razgatlioglu for second place.

He remounted his bike only to crash again at Turn 20 later on, costing himself five points for an 11th-place finish.

Rea rounded out the weekend with third place in Sunday morning's Superpole race, after making another error at Turn 1, and then a distant third in the second full-length encounter.

Looking back on the weekend as a whole, Rea said the bumpy nature of the Most track was one of the reasons for a subdued performance and was optimistic other tracks will be less problematic.

"We know our bike doesn’t absorb the bumps as well as other bikes," Rea explained. "Our chassis is very strong, it wants late braking and hard acceleration. This circuit is very bumpy and also a lot of changes of direction.

"At Donington I crashed on bumps, [on Saturday] I crashed on bumps… it’s hard, because I don’t feel this limit. I feel like I am under control, but we see on the data a lot of chatter on the front when I am crashing, not absorbing the bumps. It’s something to keep working on.

"But no doubt when we feel good with the bike, like in Assen or even Donington, I’ve been very fast. So hopefully it’s a Most [-specific] situation and we can move on and be strong [elsewhere]." 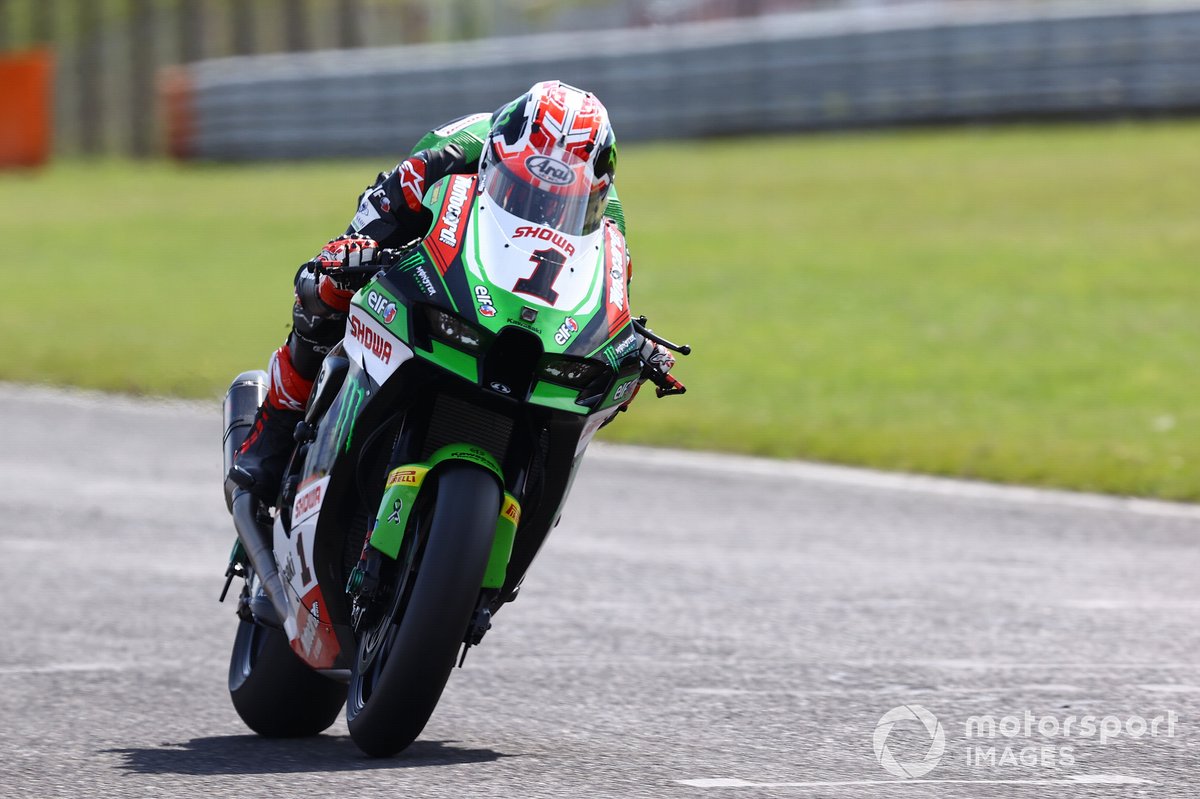 In Sunday's final race of the weekend, Rea finished 12 seconds behind Scott Redding's Ducati  - his biggest deficit to the race winner without crashing since last year's Jerez round.

The six-time world champion put the deficit down to his choice of the standard SC0 compound Pirelli tyre, as opposed to the soft SCX tyre used by both Redding and Razgatlioglu.

"I had the hard rear tyre, which was the more conservative option. In the beginning my rhythm was ok, I got a bit stuck behind Locatelli, but after I got past I couldn’t close the gap.

"I thought maybe in the second part of the race it would come to me because I had the harder tyre and I would be more constant, but I had less grip and the drop was the same [as the SCX]."

Having come into the Most weekend a comfortable 37 points clear in the riders' standings, Rea finds himself now with only a three-point buffer over Razgatlioglu with six rounds completed.

But the Ulsterman insists he is relaxed about the situation and thinks some of the upcoming tracks on the calendar will suit Kawasaki.

"We’re halfway through the championship and the twists and turns that have happened already can happen in the second half as well," said Rea. "At least I am at the top, with a very small gap to Toprak, but we know who we are fighting with and what we are fighting with.

"I feel in a good position. I have a lot of experience of being in all types of situation so think I can shoulder it quite well, and we have some strong circuits at the end of the season for us, so looking forward to it."