The Italian manufacturer is in its third season with the Panigale V4 R contender that was introduced in 2019, with Honda, BMW and Kawasaki having all introduced new base models in the meantime.

After the first three rounds of the 2021 campaign, Ducati holds a narrow lead over Kawasaki in the manufacturers' standings, but its four wins are split evenly between factory riders Scott Redding and Michael Ruben Rinaldi, who both lag behind in the riders' table.

Redding is third overall after a disappointing Misano round, trailing Kawasaki's Jonathan Rea by 45 points, while Rinaldi is fifth, a further 22 points adrift.

Current WSBK rules include rev limits for each bike prescribed by series organisers and strict limits on which engine components can be updated outside of homologating an entirely new bike, with a MotoGP-style concessions system in place to regulate this.

While admitting that the rules have created a "well-balanced" field in terms of the competitiveness between the different bikes, Zambenedetti feels Ducati is being unfairly penalised for not having introduced a new homologation of the V4 R since its 2019 debut.

"There is still room for development on the bike, but the technical rules of the championship freeze some parts, like the crankshaft, and also the rpm," he told Motorsport.com. "For this reason it’s more difficult to improve.

"What in my opinion is a bit strange is that in 2021, we have the oldest bike [in terms of homologation date], and the rest of the bikes are different from 2019.

"I don’t understand why we must keep the same performance restrictions with respect to the others, when the riders have changed totally and our competitors have changed [bikes].

"All the conditions around our bike have changed and we maintain this handicap. I don’t totally agree about this. But we respect the rules and the decision."

Ducati made the choice to replace long-time factory rider Chaz Davies with Rinaldi for this season, with Davies moving to the satellite Go Eleven squad that Rinaldi raced for in 2020.

It was a decision that didn't go down well initially with Redding, who said the height difference between him and his new teammate would make it hard for Ducati to find the correct development path.

However, Zambenedetti believes that this hasn't proven a problem so far, saying the situation has been easier to manage than it was in 2019, when Davies was paired with Alvaro Bautista. 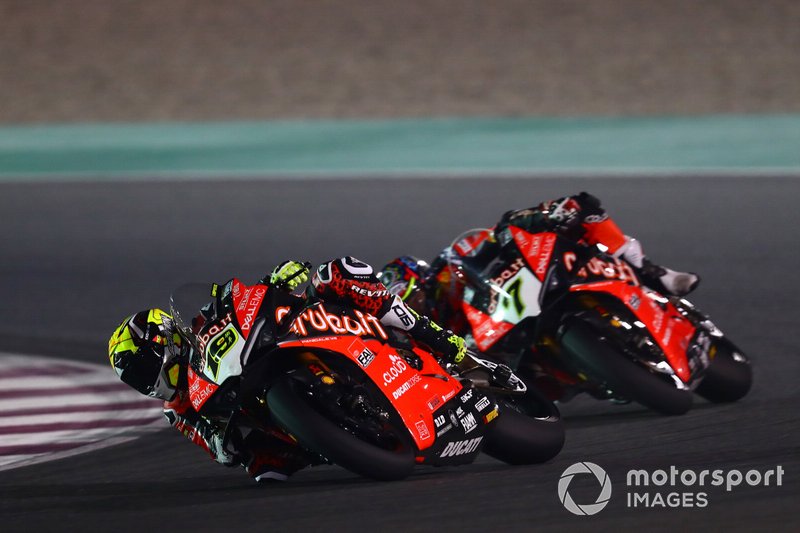 "The riders could both be strong, but in different ways, and it was difficult for the engineers to understand the right direction to develop.