After conquering Japan, what next for Nick Cassidy?

This year, Nick Cassidy completed the unofficial ‘triple crown’ of titles in Japanese motorsport, but the under-appreciated Kiwi’s ambitions stretch further than the Land of the Rising Sun, as he tells Jamie Klein.

It was hard not to feel a little sorry for Nick Cassidy at the end of 2018, when he lost final-round showdowns in Super Formula and SUPER GT in successive weeks, in both cases finding himself pipped to the post by Naoki Yamamoto.

But Cassidy more than made up for that double disappointment this season, taking his revenge on Yamamoto to win the Super Formula crown for TOM’S (demolishing teammate Kazuki Nakajima in the process) and coming within an ace of a second SUPER GT title with a series of outstanding drives in a heavily-ballasted Lexus LC500.

And that’s to say nothing of his performance in the DTM x SUPER GT Dream Race at Fuji, where on a level playing field he proved himself to be a cut above every other driver in the Lexus stable – the icing on an already rather sumptuous-looking 2019 cake.

After putting in one of the drives of the season at Suzuka to claim Super Formula honours, Cassidy had ticked off the last major box for foreign racing drivers plying their trade in Japan, following his All-Japan Formula 3 title in 2015 and SUPER GT title success in 2017.

And there’s a sense in which the 25-year-old, who ‘turned pro’ when he caught the eye of TOM’S at the Macau Grand Prix in 2014 with the unfancied T-Sport team and subsequently signed up to contest a full season of F3 in Japan, has steadily ascended the mountain that is the Japanese scene in a way that’s seemed effortless; almost automatic.

The easy-going New Zealander isn’t the type to blow his own trumpet, but in the last three seasons he has firmly established himself as Japan’s top ‘gaijin’ driver, and certainly made himself an indispensable asset within the Toyota stable on the domestic scene.

But it’s clear that his ambitions within motorsport go further – and that he hopes his considerable achievements can act as a springboard to even greater things in the future.

“I’ve just been happy to race amazing cars, getting strong results and winning championships,” says Cassidy in conversation with Motorsport.com. “It’s been amazing, but at the same time it automatically brings up the question of what’s next.

“It’s really important to look at guys like Andre [Lotterer]. In a way his career is similar to mine. He did a bit more [in single-seaters] before he came to Japan, but he had a long relationship with TOM’S racing in Super Formula and SUPER GT.

“And there were also guys like Benoit Treluyer and Loic Duval, and that time it was easier to drive in LMP1 and keep racing in Japan. Right now, it’s not really an option. That’s why I have to wait for the landscape to take shape. Things are different in my position now.”

The comparison with three-time Le Mans 24 Hours winner-turned Porsche Formula E ace Lotterer is an interesting one. Although the German driver’s junior single-seater career was more conventional – culminating in a season as Jaguar’s Formula 1 reserve driver in 2002 – both he and Cassidy reached their ceiling in F3 before landing rides in Japan’s premier sportscar racing series, then known as the All-Japan GT Championship when Lotterer was paired alongside Tsugio Matsuda in a Nakajima Racing Honda NSX in 2003.

In 2006, Lotterer switched to the Toyota camp and TOM’S, where he would win two titles at the wheel of a Lexus SC430 before Audi and Le Mans came knocking on the door a few years later. In 2012, the German switched his main focus to LMP1 with the German marque, although he continued to race in Super Formula in parallel right up until 2017.

For Cassidy, such an obvious opportunity looks unlikely to materialise in the near future, given the current lack of manufacturer seats available in the highest echelon in the FIA World Endurance Championship – a situation compounded by the offset ‘winter’ calendar adopted by both the global sportscar series and Formula E.

And while the likes of Lotterer and Treluyer went on from their successes in SUPER GT to enjoy international stardom, others have made the country their home, fully embracing the language and customs and remaining loyal to the two premier domestic series.

The archetype in this regard is Nissan’s Ronnie Quintarelli, a four-time SUPER GT champion who is ‘more Japanese these days than Italian’ according to one of his rivals. There’s also the Brazilian racer Joao Paulo de Oliveira, a member of the Nissan SUPER GT stable for many years before spearheading the D’station Racing attack in the GT300 class this year. But could Cassidy see himself doing something similar?

“If that is the case, I see nothing wrong with it,” he responds. “The championships here are amazing, I’m living a great life and driving amazing cars. And I have the chance every weekend to win, and not many guys are in that position. So, if I could keep on doing this for the next however-many years, I’d be extremely happy.

“However, I’m also wanting to push for new challenges. I like competition. Hypercar looks quite exciting, that’s hopefully going to bring back the good days at Le Mans. Formula E looks exciting as well. And I would never discount Formula 1.

“It’s not that I’m only interested in staying here. If I do stay here, that’s great, but if the chances comes up to try something different, I’m up for that as well.” 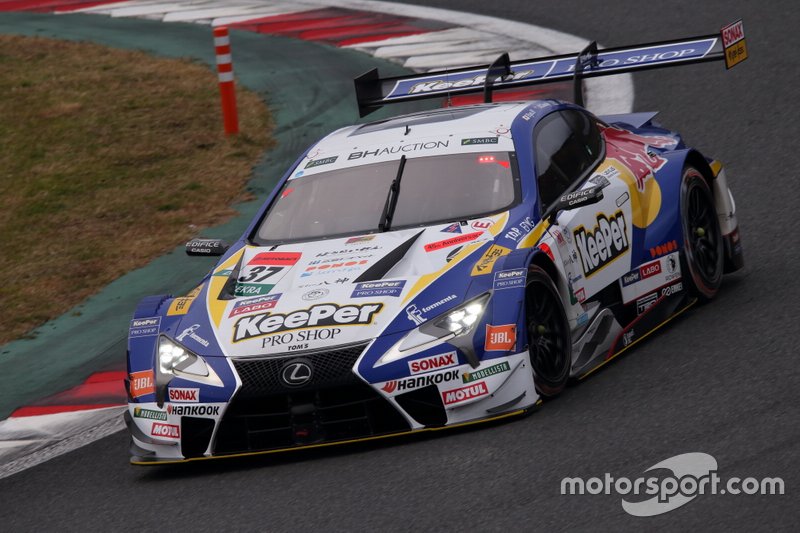 Given Cassidy’s open interest in the WEC’s forthcoming hypercar ruleset, and the fact that he’s a contracted Toyota driver, such a move might seem like a logical next step for his career. But TMG boss Rob Leupen told Motorsport.com that, for the immediate future at least, Cassidy isn’t on the radar for a drive, despite the fact he handsomely beat likely future Toyota hypercar driver Kenta Yamashita in Super Formula this year.

“At the end of the day, results-wise, there’s nothing more I can do,” Cassidy sighs. “I have won every championship in Japan now. It’s not really my decision. But my options are open.

“Toyota have been very nice to me, I’ve had a relationship with them for five years, been racing for one of their top teams. It’s been special and we’ve had a lot of success together. I have to look after my own interests, but I am loyal and I stick to my word as well. It wouldn’t be a decision I would take lightly [to part ways with Toyota].”

Perhaps this predicament highlights one of the challenges that comes with the territory of racing in SUPER GT or Super Formula as a ‘gaijin’, which is making the wider world aware of your achievements. He may be a star in Japan, but Cassidy’s name recognition in his native New Zealand pales in comparison to the likes of five-time IndyCar champion Scott Dixon and another member of the Toyota WEC set-up, Brendon Hartley.

That said, he feels the onus is on the series themselves, and not those taking part, to help those watching from far understand just how high the level is in Japan.

“You take a step back and realise what your job is,” Cassidy opines. “And my job is to do the best I can to be in front in these championships. It’s not to convince people if the championship is strong or not. And it will always be a matter of opinion.

“But when it’s hard to watch a championship or hard to find news about it, it’s no surprise that people don’t know what the drivers are doing. I think it’s more the fault of the series themselves. SUPER GT has tried to become more international, not so much by themselves but by drivers pushing and international media trying to find out more about it.

“I look at so many other championships worldwide that are so easy to follow. We’re not at that level. I have friends that write to me and say they struggle to find even the results of my races. And that’s people who go searching. It doesn’t help the situation.” 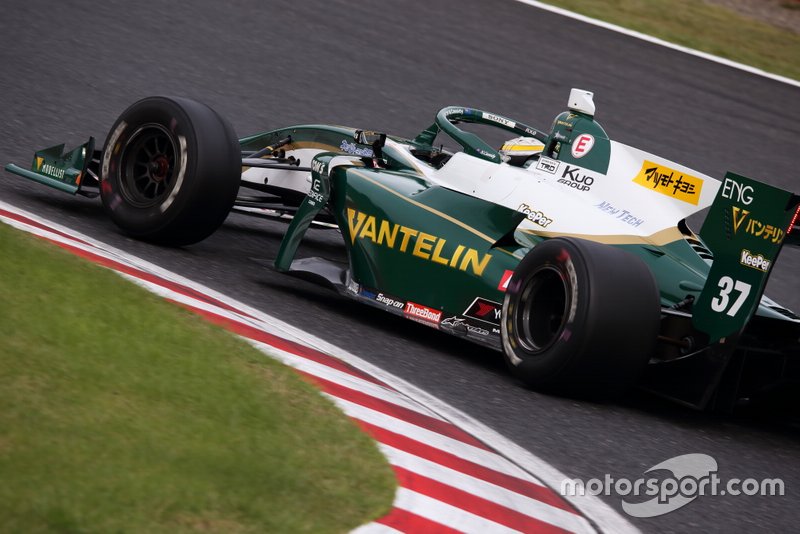 One thing that boosted SUPER GT’s profile overseas was the arrival of Jenson Button in 2018, although Cassidy is keen to point out that rising IndyCar star Felix Rosenqvist also had a two-year spell in Japan with little in the way of silverware to show for it.

“He would be the first to admit it took him a while to learn the cars and adapt, and that the level here is decent,” says Cassidy of Button. “Also others like Felix, I raced against him for two years and he was my teammate within Lexus and everyone knows how quick he is. That’s not really spoken about enough. That verifies the level out here.”

Although another season racing in Japan looks to be firmly on the cards for Cassidy, his forays into international GT3 racing this year in the Rolex 24 at Daytona and the Spa 24 Hours provide clues as to where he pictures his future.

But on top of everything else, Cassidy faces a challenge that could come to define the careers of many drivers of his generation, at least outside of F1 – that changing trends in the automotive industry, driven by shifting attitudes in the wider world, could have a significant impact on the motorsport landscape as we know it today.

“I want to be successful in a high-end international category of motorsport,” Cassidy continues. “But it’s not only dependent on what I want to do but also where motorsport in general goes in the next few years. That in itself is not easy to answer.

“At the moment there’s talk of various championships heading in certain directions regulations-wise, and there’s different manufacturers who are talking about participating, but until you know which manufacturers join and how the stable the rules are, you don’t know how solid that championship’s future is.

“It will be interesting to see what happens, because it will affect which championships are most competitive and the best place to be. Even in SUPER GT, at the moment the manufacturer support is great, there are a lot of cars, and the tyre manufacturers support it. But the world is changing and we can’t ignore it.”

In a fast-changing world, adaptability is likely to be key for any driver. Luckily for Cassidy, that's one quality the last five seasons have demonstrated he possesses in abundance.