SUPER GT is still planning to introduce the Full Course Yellow system this season, and it could be used for the first time next month at Fuji Speedway, Motorsport.com has learned.

The Japanese series had been planning to bring in the FCY used widely in other championships for 2020 following the controversy at Fuji in 2019, where Team LeMans Toyota pair Kazuya Oshima and Kenta Yamashita took a dominant win after pitting moments before the safety car was deployed.

But following problems getting the internet-based system to work properly during pre-season testing, it was ultimately decided to shelve those plans and continue with the conventional safety car procedures for another season.

However, the outcome of two races – the second races at Suzuka and Motegi respectively – in 2020 being effectively decided by the timing of the safety car led to renewed calls for the FCY to be implemented as soon as possible.

The safety car also had a major bearing on the results in last weekend's Okayama season opener as almost every GT500 car pitted simultaneously, with some crews, notably the race-leading #37 TOM’S squad, losing considerable time in a crowded pitlane.

Now it has emerged that series organisers GTA are planning to consult teams and drivers about using the FCY system for next month’s Fuji 500km race.

The system was trialled extensively last year at Fuji, Motegi and Suzuka, and it’s understood officials are now confident enough in its reliability to begin using it in races at those tracks.

However, flag marshals and signboards would still act as the primary means of communication, with electronic systems playing a secondary role. In case of discrepancies, the marshals’ instructions would take precedence.

The FCY system has not been tested at Autopolis and Sugo yet, as those tracks (along with Okayama) were axed from last year’s coronavirus-impacted schedule, but there are plans to trial it during in-season tyre tests at the two circuits prior to their races.

‘Indy-style’ start unlikely to be used at Fuji

It has also emerged that the ‘Indy-style’ start that was trialled during pre-season testing this year at Fuji is unlikely to be used for next month’s race.

Inspired by the system used until last year in the DTM for race restarts (and also used for the DTM x SUPER GT Dream Race in 2019), officials asked drivers to practice the start procedure using a tighter-than-usual formation in last month's test. 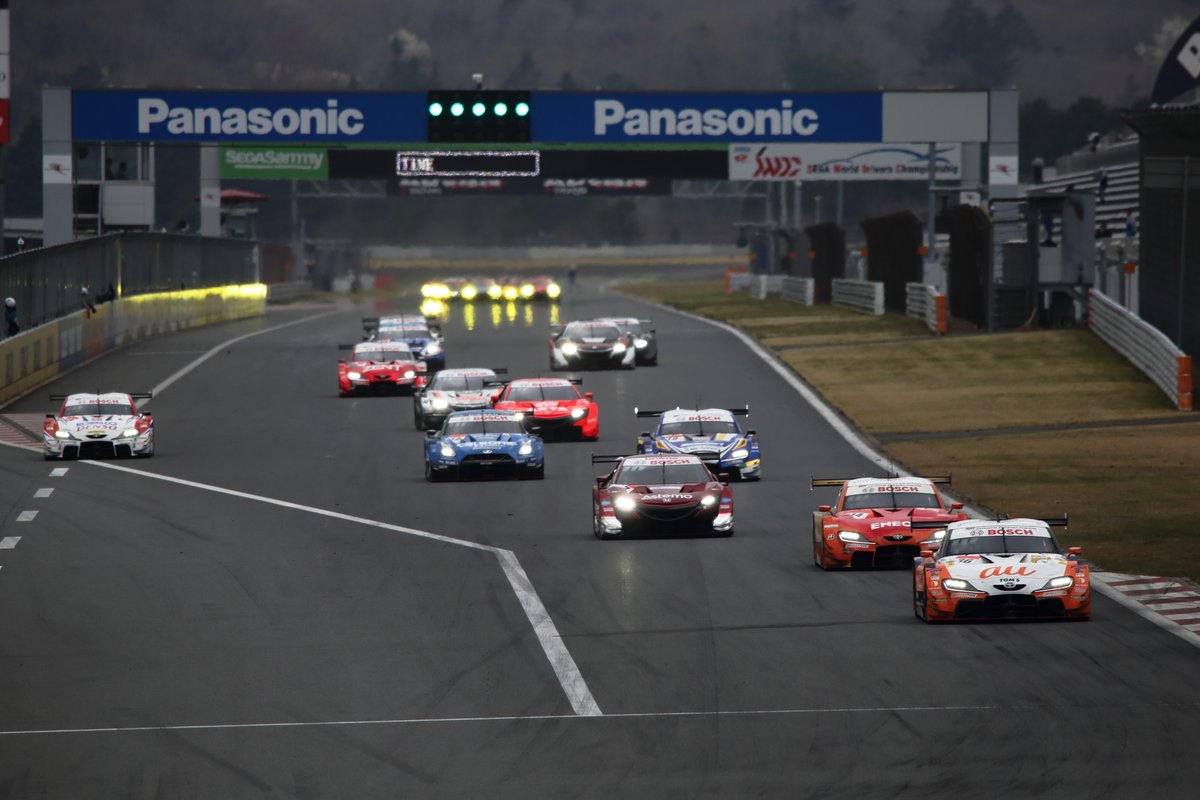 Real Racing Honda driver Bertrand Baguette however said that he didn’t feel the use of the Indy-style start was appropriate for an endurance-based series like SUPER GT.

It’s understood that SUPER GT officials have shelved plans to use what they dub the ‘Fuji Special Start’ to begin a race for now, partly because of tyre warm-up issues and also because Japanese rules don’t allow overtaking until the cars have crossed the start/finish line, lessening its effect.

In the DTM version, overtaking was permitted as soon as the start lights turned green.