Three takeaways from a wild first weekend at Daytona 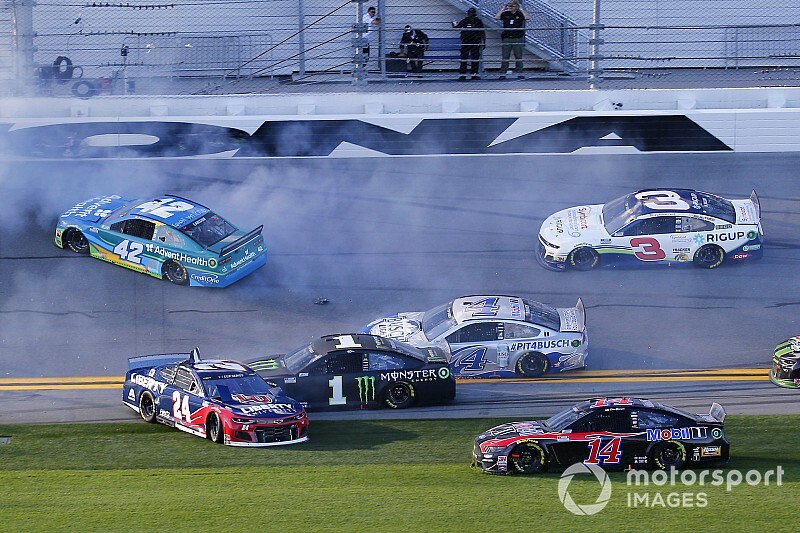 Obviously, the first weekend at Daytona International Speedway produced a lot of wrecked cars but what else did we learn from the opening of Speedweeks?

NASCAR teams have only had two days of track activity, so it’s hard to make any sweeping conclusions from the start of the 2020 season.

But here are three important takeaways from a weekend consisting of practice, Daytona 500 qualifying and the Busch Clash:

Hendrick Motorsports – and its engines – still have the speed at superspeedways. There is no HMS driver on the pole this year in the 500 for the first time since 2014, but a Hendrick engine did power Ricky Stenhouse Jr. to the top spot for the season opener on Sunday. That makes six consecutive 500 poles for HMS’ engine department. And HMS drivers weren’t far behind Stenhouse in the qualifying results. Alex Bowman locked in a front row starting spot for the 500 by qualifying second. Everyone else will have to race for their starting position but Chase Elliott, William Byron and Jimmie Johnson all posted qualifying speeds in the top-eight. Clearly, HMS’s superspeedway engines remain tops in the Cup Series right now. They have also had a lot of speed in the race in recent years but the last time a Hendrick driver won the 500 race (Dale Earnhardt Jr., 2014) is also the last time a Hendrick driver didn’t start the race from the pole. Could that happen again?

Blocking is still a big part of superspeedway racing – as are the complaints about it from drivers, including some who block themselves. It’s very clear that none of the Cup Series drivers like blocking in superspeedway racing but it’s also clear that they all do it at some point or another as it provides virtually the only way to protect the lead when a driver is out front, particularly at the end of the race. It’s also clear most drivers think other drivers don’t know how to block properly when they are blocking. Of course, the same is likely said of them by others. Blocking is of course not illegal in NASCAR and although there are probably “good” and “bad” ways about utilizing it, it has become a necessary evil in this type of racing. Joey Logano got the brunt of criticism in Sunday’s Busch Clash for trying to block an advance by Kyle Busch, even taking shots from his Penske teammate Brad Keselowski. My answer for Logano’s critics? Don’t hate the player, hate the game. You do whatever it takes to win. I promise you a driver’s team expects nothing less.

Without a charter, Daniel Suarez and Gaunt Brothers Racing are going to have a difficult time, at least in the early going. Everyone seemed pleased Daniel Suarez put a last-minute deal together to remain a fulltime driver in the Cup Series this season, moving over to Gaunt Brothers. However, this was no easy task. You simply don’t go from a part-time organization to fulltime team fielding two cars per weekend for 36 weekends in less than a month’s time without some bumps and hiccups along the way. Suarez’s most immediate problem is the team’s lack of a charter, which locks a team into the race field each week. Suarez is going to have to race his way in.

That will be easier some weeks than others based on car counts, but Daytona may be the team’s biggest obstacle. Suarez was hoping to post a speed fast enough in Sunday’s qualifying to ensure a spot in the field for non-charter teams, but when he ran practice on Saturday he discovered that wasn’t likely going to be the case. He was right. Suarez now has to out-run three other non-charter teams in his qualifying race Thursday to make the 500 field. The good news is his No. 96 Toyota seemed to draft well in practice. The bad news is – as we saw in the Busch Clash – it’s very easy to get caught up in an incident not of your doing. Suarez will face the ultimate test in racing – trying to be patient and aggressive at the same time – as he navigates his qualifying race. This may be his biggest test yet of his Cup career.

Axalta and Hendrick extend partnership through 2027