Talladega Cup race halted by rain with Reddick out front 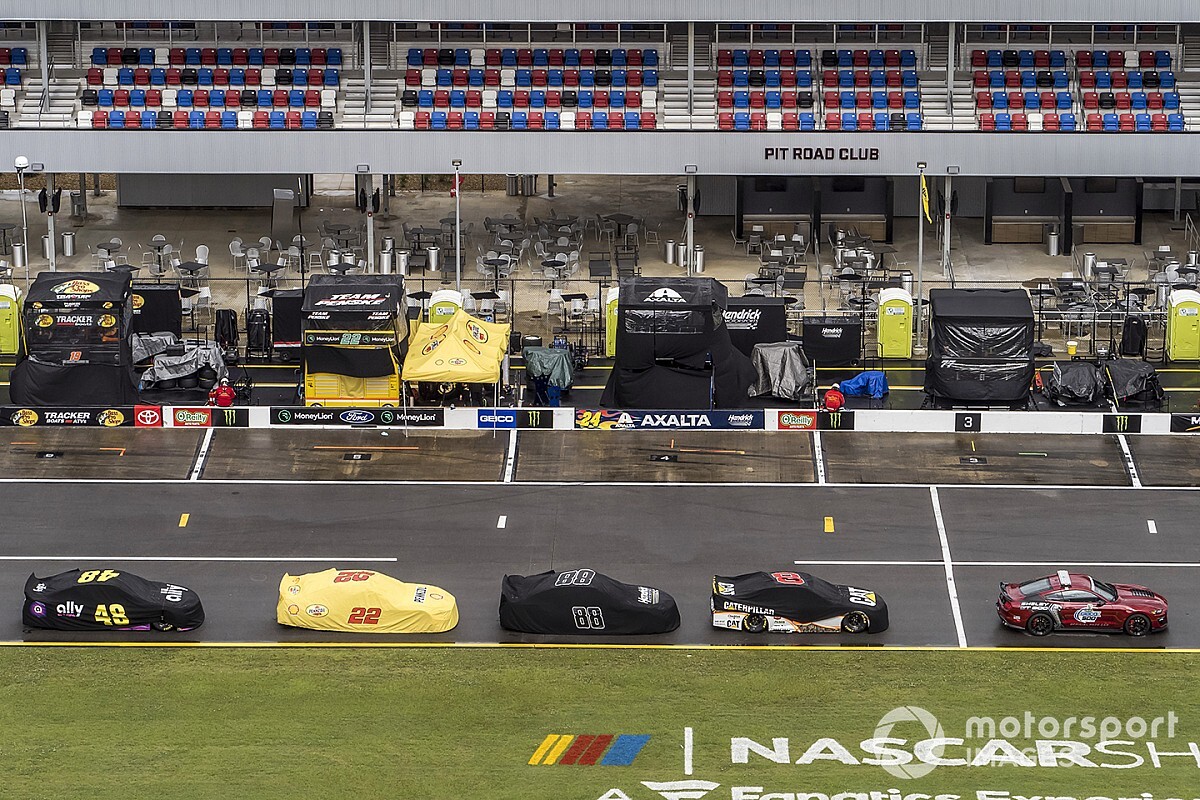 Monday’s rain-delayed GEICO 500 was halted after 57 of a scheduled 188 laps with Tyler Reddick out front as storms again covered the area of Talladega (Ala.) Superspeedway.

With only two laps remaining in the first 60-lap stage, Reddick will win the stage once the race returns to caution.

Should the race be unable to restart Monday, it will resume at noon ET Tuesday and broadcast live on Fox Sports.

When the race was halted, Reddick was followed by Alex Bowman, Joey Logano, Jimmie Johnson and Kyle Busch.

The race must reach Lap 97 for it to be considered an official event.

Martin Truex Jr., who started on the pole due to a random draw, led the first four laps until Denny Hamlin powered around him and into the lead on Lap 5 thanks to a push from Kyle Busch.

Logano, with a push from Keselowski, moved back into the lead on Lap 15. Hamlin grabbed the lead back on Lap 18.

Brad Keselowski again shoved Logano back into the top spot on Lap 24 as the Penske teammates ran the high line around the track.

NASCAR displayed a competition caution on Lap 26 to allow teams to check tire wire. All the lead-lap cars elected to pit with Logano the first off pit road. On the restart on Lap 30, Logano was followed by Ryan Blaney and Hamlin.

With 155 laps to go in the race, Logano remained out front followed by Kyle Busch, Blaney and Hamlin.

With William Byron in tow, Kyle Busch moved into the lead on Lap 36 for the first time in the race. Logano reclaimed the top spot on Lap 37 thanks to help from Blaney.

With 20 laps left in the first stage, Byron took the lead for the first time with Hamlin racing him side-by-side. Hamlin edged out front on Lap 42.

On Lap 43, Logano with the help of his teammates, drove past Hamlin and into the top spot. Hamlin reclaimed the lead on the following lap.

Bowman, with help from Reddick, got a shove to the front on Lap 46 but Logano reclaimed the lead on Lap 47. With 10 laps to go in the stage, Bowman reclaimed the top spot.

On Lap 53, Reddick got a shove into the lead followed by Logano and Bowman.

Hamlin fell off the pace on Lap 54 as he appeared to have a flat tire and was forced to pit under green.

On Lap 57, caution was displayed for rain in Turn 1 while Hamlin’s team was still working on his car on pit road. Cars were soon brought down on pit road as the red flag was displayed with Reddick in the lead.