Within minutes of the conclusion of the July 11 race, AMS’ operations department began removing the foam inserts in the speedway’s SAFER barriers. A few days later, the steel portions of the barriers wrapped around the entire 1.54-mile outer wall had been meticulously removed.

By July 19, the first chunks of asphalt were removed from Turn 1 of the speedway. Since then, all the asphalt in the speedway’s corners has been removed, exposing the clay underneath.

Crews have now started carving into the embankment in Turns 1 and 2 to yield the steeper 28-degree banking that track will feature once the project is completed.

“Three-wide racing is something that we’ve grown accustomed to at Atlanta Motor Speedway and we certainly don’t want to change that,” said Brandon Hutchison, executive vice president and general manager at AMS.

“What we’re going to have is closer, more competitive racing for our fans to enjoy starting in 2022.” 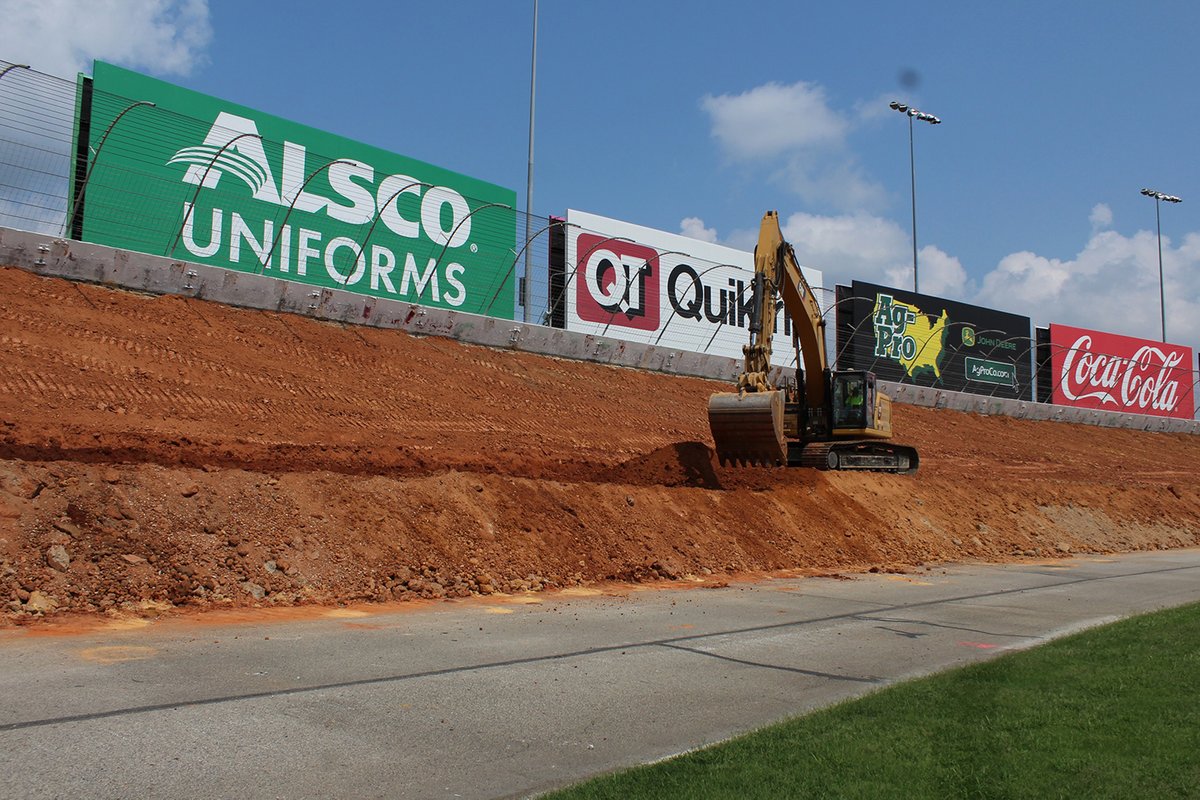 Repaving of the circuit

As part of the track’s reconfiguration, the banking in the corners will be increased from 24 to 28 degrees – higher than any other intermediate track on the NASCAR schedule.

The track width will be decreased from 55 feet to 40 feet in the corners. The frontstretch will be 52 feet wide and the backstretch 42 feet. The track was last repaved in 1997.

Grading of the speedway’s corners is currently in progress and in the coming weeks, the old asphalt that has been ripped up from the speedway will be crushed and repurposed as the base layer surrounding a new drainage system.

A new top layer of asphalt designed to wear-in quickly will be paved on top.

Paving for the fresh asphalt should start in four weeks, with the entire speedway project completed in October.