Martin Truex Jr.: "I'm telling you, God is testing us" 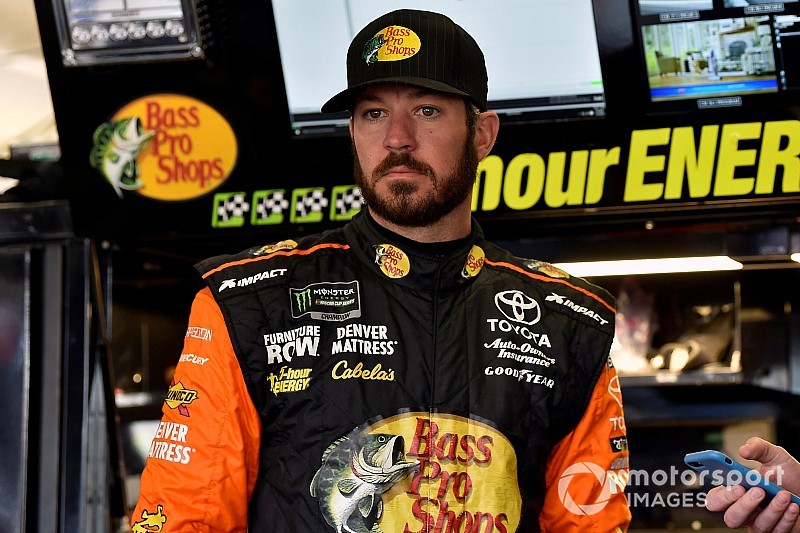 Martin Truex Jr. will likely compete for a second consecutive Monster Energy NASCAR Cup Series title this season but the route there has been anything but easy.

For the second consecutive race, Truex was forced to start from the rear of the field but unlike last week, he never found himself in position to pull out a win.

He still ran competitively in Sunday’s AAA 500 at Texas Motor Speedway but his journey to the front included having to pit under green for a loose wheel and then serving a penalty for driving through too many pit stalls during the stop.

At one point he dropped to 26th in the running order and two laps down.

He and his No. 78 Furniture Row Racing team persevered, however, and with the help of some timely cautions, he rallied for a ninth-place finish.

“I’m telling you, God is testing us. There’s no question,” Truex said after the race. “Had to start at the back, got to the front, hung around there for a while and then had a loose wheel there again. Just a tough day.

“Just traffic was so bad and so hard to pass. We lapped the same lap cars every three laps. You would lap the same guys and they would run – they don’t understand how hard it is to drive 20 mph faster than them on their left side getting in the corner. It gets you loose and it’s a handful.

“It was hard, this track is tough and it was really, really hard to pass, but we passed a lot of cars so it’s possible.”

When the race was over, Truex still remained in a good position points-wise to advance to the Championship 4 at Homestead in two weeks and compete again for the series championship. He sits 25 points ahead of Kurt Busch, the first driver below the cut-off.

With Kevin Harvick and Joey Logano both locked in the title race through wins, Kyle Busch and Truex are in line to claim the final two positions by points. A victory next weekend at Phoenix by someone lower than either of them in points could upend the standings.

“Luckily we were able to get up front and get some stage points in the first two stages (Sunday) and then we had trouble, but we had it at least in time to recover,” Truex said.

“I feel like we’re in decent shape going to Phoenix. We’ll go there and race hard again and see what we can do.”

Blaney on final restart: 'I would have wrecked us both'