Team Penske fine-tuning the No. 2 team before the Chase begins 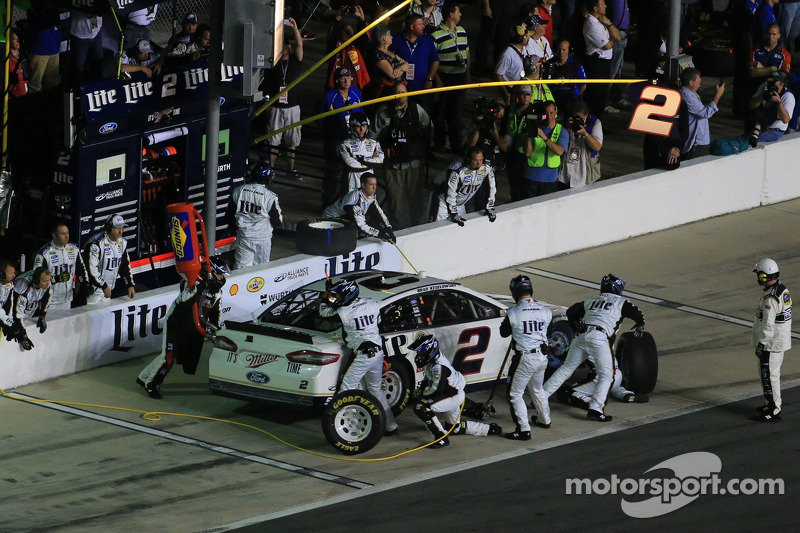 After major changes to the No. 2 Team Penske pit crew in the off-season, the squad was tweaked again before this weekend’s race at Dover International Speedway.

The result? Brad Keselowski finished second, his fifth top-five finish of the season and his first since Richmond five races ago.

Hunter Masling replaced Nick Krizmanich as the front tire changer this weekend. Krizmanich joined the squad at the start of the year along with rear tire changer Travis Johnson and rear tire carrier Tyler Mitchell. Masling also changes tires for Team Penske’s No. 22 Discount Tire Mustang in the Nationwide Series. 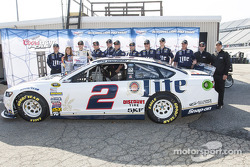 “Yeah, we're just not where we want to be,” said Keselowski, who started from the pole for the Fed Ex 400 Sunday. “We haven't been where we want to be for probably the last year and a half, and it's keeping us from winning races.

“You know, I think that's the bottom line. We're making adjustments and we're going to continue to make adjustments until we get it right. I feel really good about the last one we made, and the guy who stepped in did an excellent job in his position, but we still weren't where we needed to be in others. We have to keep working.”

Keselowski is eighth in the point standings. With a win at Las Vegas, no doubt the 2012 champion will be a lock for the Chase. But if the driver is uncomfortable with the current pit crew, now is the time to recruit replacements and build chemistry with the team since the play-offs are just 13 races away.

Welcome to the 'concrete' jungle