© 2021 Motorsport Network. All rights reserved.
TV Buy tickets Store
Previous / Only four drivers have ever raced their way into the Chase at Richmond Next / NASCAR's Michael Waltrip to compete on 'Dancing with the Stars'
NASCAR Cup / Richmond II / Blog

Have a question? We've got the answers. 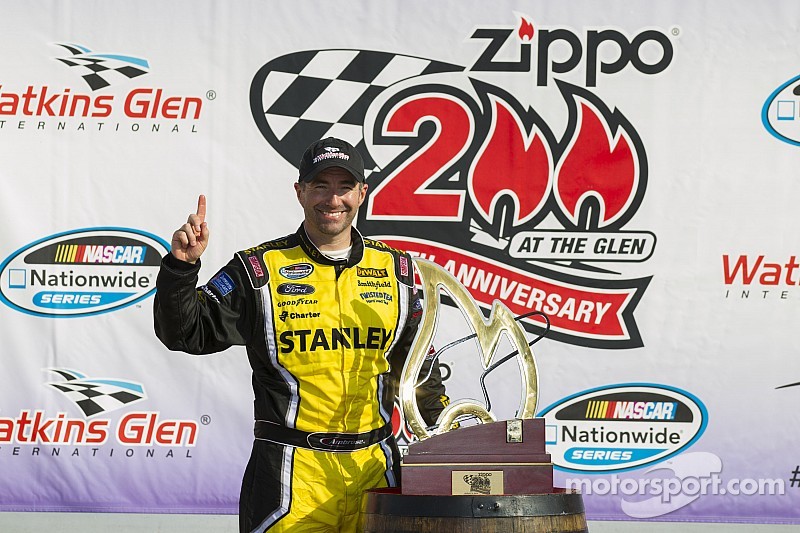 RICHMOND -- Since moving to Motorsport.com, I’ve wanted to start a mailbag section where fans can pose questions.

For those of you that follow me on Twitter (@CandiceSpencer) or on under Lee Spencer on Facebook, I try to answer requests in a timely fashion. However, since we have the Motorsport.com forum to tackle a wide array of topics, I’m going to attempt to organize this under the NASCAR section on the website.

With news breaking 24/7, I don’t want to limit the mailbag to one day a week. Some of the topics would become stale before we post. So far now, and until we build up this category please send inquiries under “Dear Lee”. No, it’s not original, but it’s a start.

Ok, for our first topic - and since this question came from several fans – let’s start with the No. 9 Richard Petty Motorsports team.

Which came first? Marcos Ambrose’s desire to return to Australia or Stanley Tools decision to cut back on its’ sponsorship and move to Joe Gibbs Racing to support Carl Edwards. Honestly, I don’t have that answer. But although Ambrose has not officially announced that he’s returning to Australia, he has said for some time that when his girls get older he would return to his homeland.

Stanley, which was originally with Roush Fenway Racing and a long supporter of Matt Kenseth and the No. 17 Ford with the DeWalt brand (2000-2009), has been with RPM since 2009 and enjoyed a four-year relationship with Ambrose but expects to get more bang for the buck as a part-time primary on the No. 19 Toyota next year.

1) Sam Hornish Jr. – The former IndyCar/Indy 500 champ nearly won the Nationwide Series title last year. Although his tenure ended with Team Penske temporarily due to a lack of sponsorship, Roger Penske has always had a soft spot for Hornish, who before this year with Will Power, delivered the Captain his last IndyCar title in 2006. Now, could an alignment with RPM lead to a technical alliance with the uber successful Team Penske? That could be a win-win for both parties. Until the Wood Brothers announced its partnership Penske and development driver Ryan Blaney, the two-car operation did not another organization to gather data and test the latest and greatest. An allegiance with the Wood Brothers and RPM could offer Team Penske that luxury. Look how it’s worked for Hendrick Motorsports with Stewart-Haas Racing and the team formerly known as Phoenix Racing.

2) David Ragan – Ragan is a solid driver on many levels. Where Ambrose is a genius on road courses, Ragan has a knack on restrictor plate tracks. Although Daytona and Talladega are more of a crapshoot, Roush Yates engines combined with the RPM’s speedway program could make these two tracks Ragan’s playgrounds. Plus, he’s spent his entire Sprint Cup career in a Ford, owns a dealership and could likely bring a bit of sponsorship money to the table.

Although readers have asked about Martin Truex Jr., Regan Smith and Elliott Sadler, Truex is under contract for another year with Furniture Row. Smith is comfortable at JR Motorsports, but no doubt would like to return to the Cup Series at some point. Sadler’s deal with OneMain Financial is year-to-year and it’s unclear what its 2015 plans might be. However, it’s likely that Sadler’s ship has already sailed at RPM.

NASCAR's Michael Waltrip to compete on 'Dancing with the Stars'