New rules for the Sprint Cup Series are expected to enhance racing in 2015. 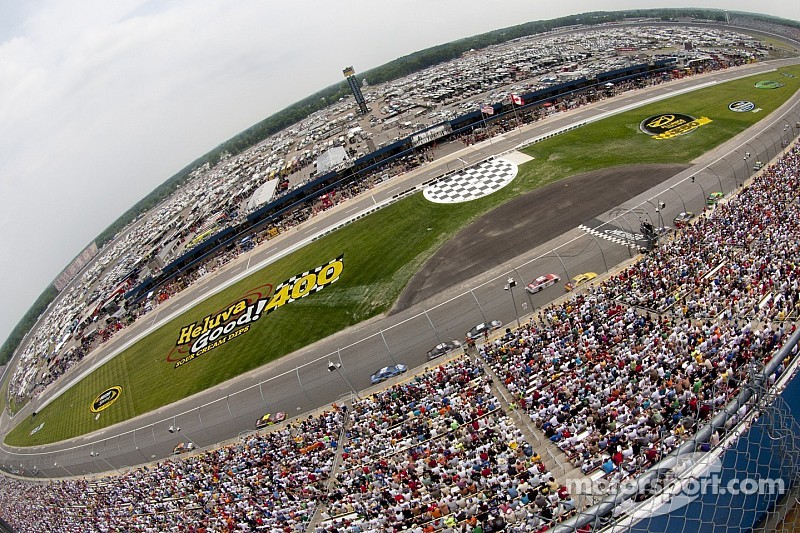 Some of the changes mentioned around the garage were a two-inch reduction on the spoiler (from eight to six inches), a 125 horsepower decrease to the engines (just 50 more than what is currently used in the Nationwide Series with the use of tapered spacers) and different gear rules.

At the test at Michigan International Speedway on August 18, NASCAR tried a variety of different aero packages in an effort to "provide fans with the best action-packed racing possible". The focus was twofold: Aerodynamics and power optimization to "reduce the rapid increase in spacing between cars and increase drafting at the end of the straightaway at many of our tracks".

Drivers were looking for less downforce but NASCAR was initially pushing for high downforce. NASCAR never adjusted the engines at the Michigan test but that’s expected to happen when teams run the Goodyear tire test next month at Auto Club Speedway.

I’m a firm believer is less downforce is going to be better as far as our ability to pass other race cars.

“Maybe it will separate the back of the field and the front of the field a little bit. And what I mean by that is maybe if a guy is not quite as good of a driver or makes a mistake he may not be able to catch your car as good – that type of thing. Maybe more cautions that aren’t debris cautions, there might be more accidents, things like that which I don’t necessarily think is a bad thing.”

Although last week’s Chase opener at Chicagoland Speedway offered scintillating moments – including Brad Keselowski splitting Kevin Harvick and Kyle Larson to take the lead with 15 laps remaining in the race – passing has been an issue with the new Generation 6 cars. But Kenseth was “really encouraged” by the final exercise NASCAR offered and looks forward to its potential.

“You didn’t have that turbulent air so bad in traffic,” Kenseth added. “You could roll around outside of people. It really opened the track up. It really widened the track out. Instead of being a one-groove track, it was, honestly, for being Michigan and just being repaved, it turned into at least three-groove track already just in that little 10, 20-lap run.

“I think everybody was encouraged by the results. I think a lot of people were really surprised by it. I don’t think it’s what they expected. I know they had a lot of good stuff to look at and listen to and give them some options moving forward.”

NASCAR Sprint Cup Series direction Richard Buck calls the rules package “a work in progress” but insists that the sanctioning body has always sampled the input from the garage.

It will probably be more transparent as the sport grows so people are able to see a bit more of it.

“This is what we’ve done for the last umpteen years,” Buck said. “Ultimately, it’s up to NASCAR to make a decision, we have to manage the sport. But we’ve always asked for input from the competitors, from the owners, the stakeholders and the industry partners.

“It will probably be more transparent as the sport grows so people are able to see a bit more of it. But it’s always been there.”