Harvick’s win two weeks ago at Michigan International Speedway snapped a 65-race winless streak – the second-longest of his career.

And then last weekend at Richmond (Va.) Raceway, Harvick won again, locking himself in the 2022 playoffs and suddenly putting himself contention for the season championship.

With two races left in the regular season, the Cup Series now heads to Watkins Glen (N.Y.) International on Sunday and it begs the question: Can Harvick win three in a row?

Why not? He’s done it before and not so long ago.

In 2018, Harvick wrecked out of the season-opening Daytona 500 but then proceeded to win the next three races – Atlanta, Las Vegas and Phoenix. He ended the year with eight victories – his career-high at the time.

Certainly, a road-course race is vastly different from the last two weeks, but Harvick has proven to be a talented road racer in his career, including victories at Sonoma (2017) and Watkins Glen (2006).

Harvick’s said his victory at The Glen ranks among his favorite wins of his career, because had had to out-duel current Stewart-Haas Racing co-owner Tony Stewart to get the win.

Stewart was poised to capture a third straight win at the track as he was leading Harvick with four of 90 laps to go.

Harvick, who had led earlier in the race, passed Stewart on Lap 87 as the two drag-raced down the frontstretch and into Turn 1 and held on for the win. Stewart would come back in 2007 to win again, giving him three wins in four years.

“That was a fun day. Tony has always been really good at Watkins Glen and had a lot of success up there,” Harvick said. “The thing that I remember about racing Tony that year is just how good he was in the braking zone going into the ‘bus stop’ in the back.”

So far this season in the Next Gen car, Harvick has finished 11th, fourth, 10th and 33rd in four road races this year – COTA, Sonoma, Road America and the Indy Road Course. 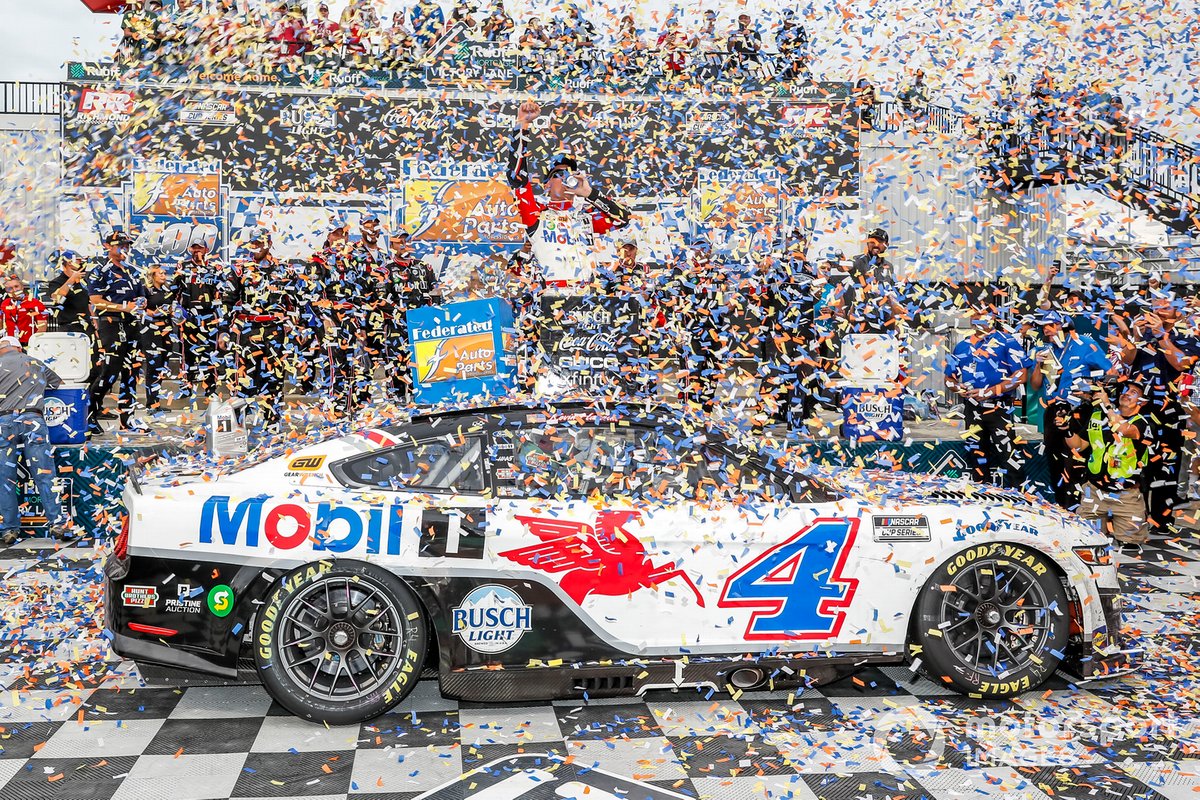 “The big thing for us about Watkins Glen is we’ve been a little weak in the braking zones there over the last couple of years,” he said.

“Hopefully, that comfort level from the road racing we’ve done beforehand (this year) carries over to there because that would definitely make up our deficit that we’ve had over the last couple of years.”

Harvick, 46, has said repeatedly this season that the Next Gen is best suited on road courses, in large part due to its sports car-like design.

“It’s definitely leaning more toward handling well at the road courses just because that’s kind of the nature of how it was designed. I think for me, our first road course was a lot more comfortable in the car than what we were last year,” he said.

“For the braking and things that come with this particular car, it’s been good for us on the road courses, so far.”

Greg Zipadelli, chief competition officer for Stewart-Haas Racing, said Wednesday that Harvick and his No. 4 SHR team are certainly capable of winning again this weekend.

“The No. 4 car has done a really good job in the last, honestly you’ve got to go back to Nashville, Sonoma, Pocono, I think it gets overlooked at how good they ran at some of those race tracks,” he said. “They didn’t have an opportunity to win or lead a bunch of laps, but they had speed and it kind of started then.

“The last two weeks they’ve done a great job of executing. Things have gone their way. The cars have unloaded with a little bit more raw speed and it’s allowed them to have an opportunity to win and they’ve been able to capitalize on that.”

The playoff picture has changed dramatically as NASCAR announces penalties to William Byron, as well as Ty Gibbs following the Cup race at Texas Motor Speedway.