It has taken more than 50 years, but Bristol (Tenn.) Motor Speedway is well on its way to bringing dirt track racing back to NASCAR’s premier Cup Series.

It’s not the first time the owners of the half-mile, highly-banked concrete oval have covered their track in dirt, but it will likely be the most anticipated.

In the 2000 and 2001 seasons, Bristol used 14,000 truckloads of dirt to cover its concrete surface to host World of Outlaws races.

The undertaking this time is even more unusual as NASCAR typically does not race on dirt. The most recent Cup Series race featuring stock cars on dirt took place in fall 1970 on a track at the North Carolina State Fairgrounds in Raleigh, N.C.

The Truck Series has made an annual stop at Eldora Speedway’s dirt surface since 2013 until the COVID-19 pandemic scuttled the 2020 race.

The project remains on schedule with an early-March finish date for its conversion and fans can continuously follow the progress on a live Web cam.

“We are going to have varying thickness (of dirt). We couldn’t just put a layer of dirt down right on top of the concrete because that would be way too steep for the dirt races and would create way too much speed,” said Steve Swift, owner Speedway Motorsports’ senior vice president of operations and development.

“We’ve shallowed it up and we will be at 19 degrees when it is all said and done. The thickest fills will be 9- and 10-feet and our smallest fill will be a foot.

“It’s never a great time to place dirt in the middle of the winter. So far we’ve been blessed. We are way ahead of where we thought we would be with the weather and we are on schedule and pushing forward.” 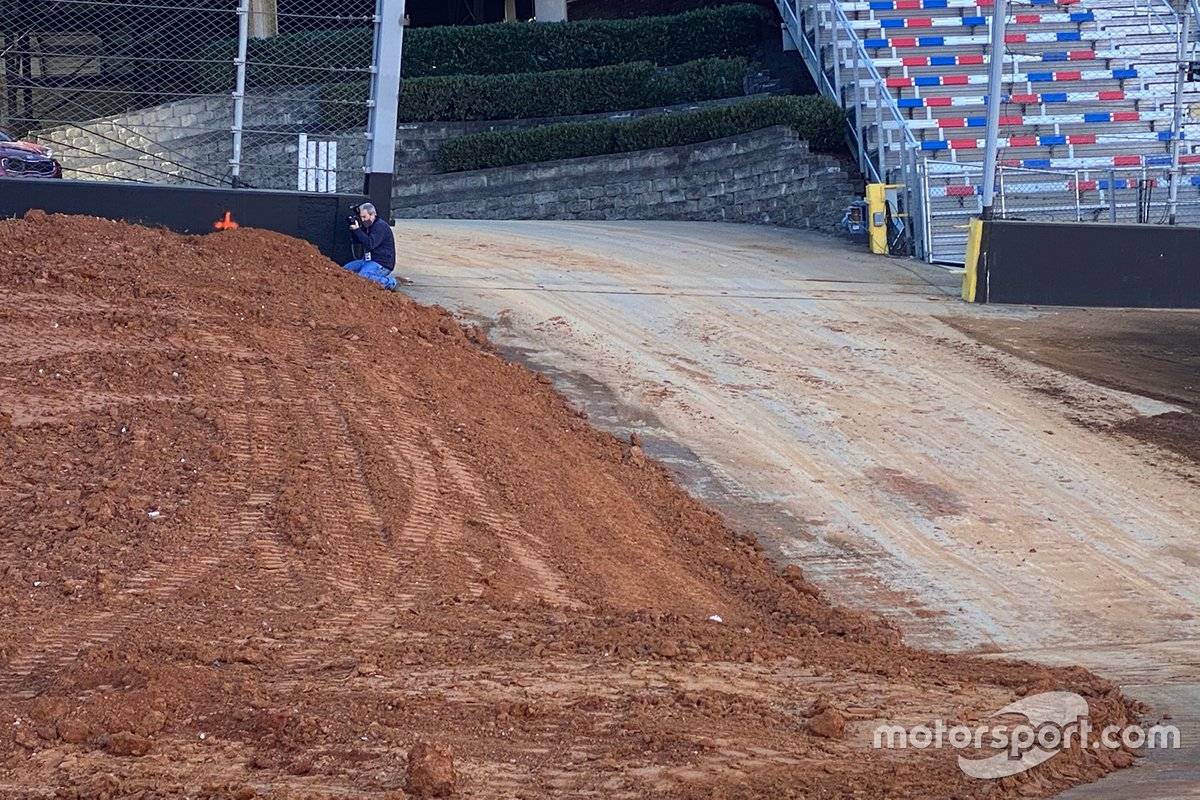 More details of the NASCAR weekend have come out in recent weeks. The race weekend will be one of just eight this season which will feature practice and qualifying.

While the pandemic still rages on, the facility has already sold out its socially-distanced crowd allotment of 30,000 fans for the March 28 Cup race.

Why Bristol for the Cup Series’s return to dirt?

Bristol is no stranger to unique events, including transforming itself into a college football stadium of more than 150,000 fans for the “Battle at Bristol” – a regular-season game between the University Tennessee and Virginia Tech in 2016.

“It’s like a lot of other things Bruton and Marcus (Smith) have done here, whether it’s putting down the football field or building grandstands in a few months like we’ve done in the past or hanging the largest center hung TV in the air,” said Jerry Caldwell, BMS’ executive vice president and general manager.

“This is just another one of those events where you don’t believe it until you see it. Even when you hear it, and then come out and see it, it really is exciting.

“I can’t wait to get this place full and I know the fans are going to love it." 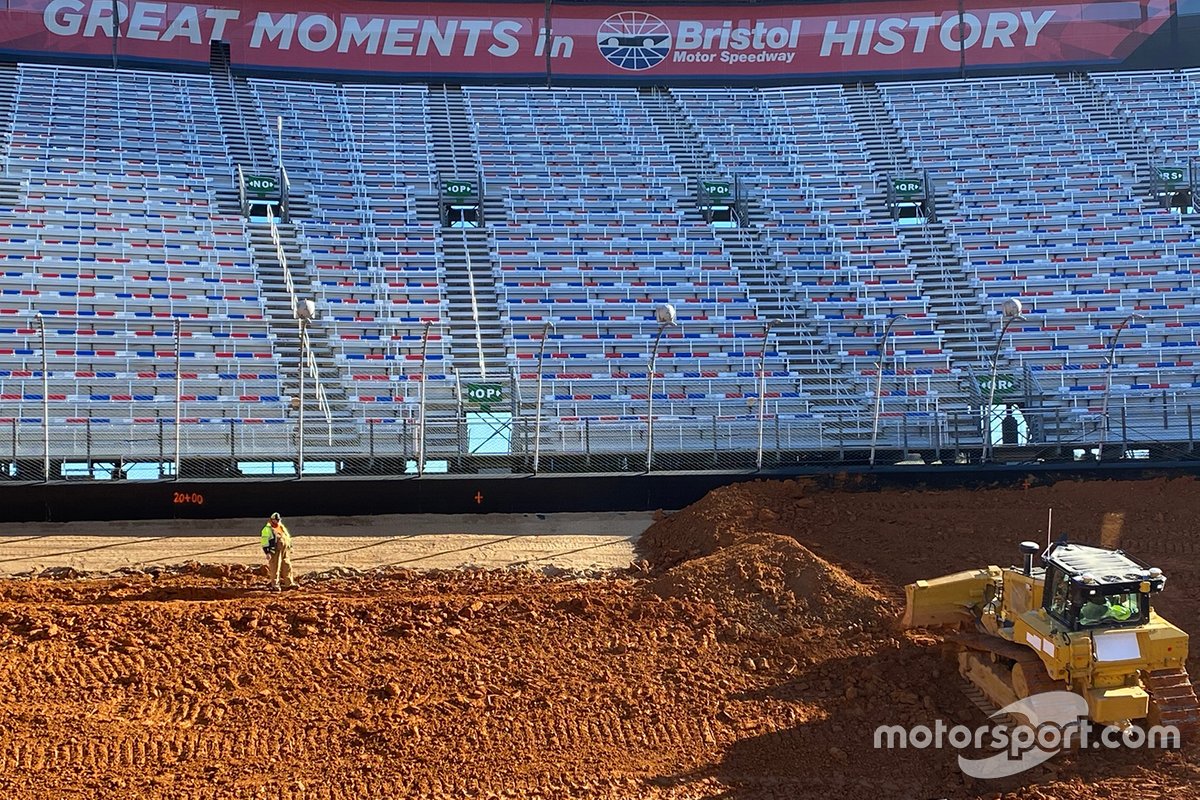