Suzuki MotoGP project leader Shinichi Sahara says Davide Brivio's decision to leave his role as team manager for a switch to Formula 1 with Alpine "was shocking" to him. 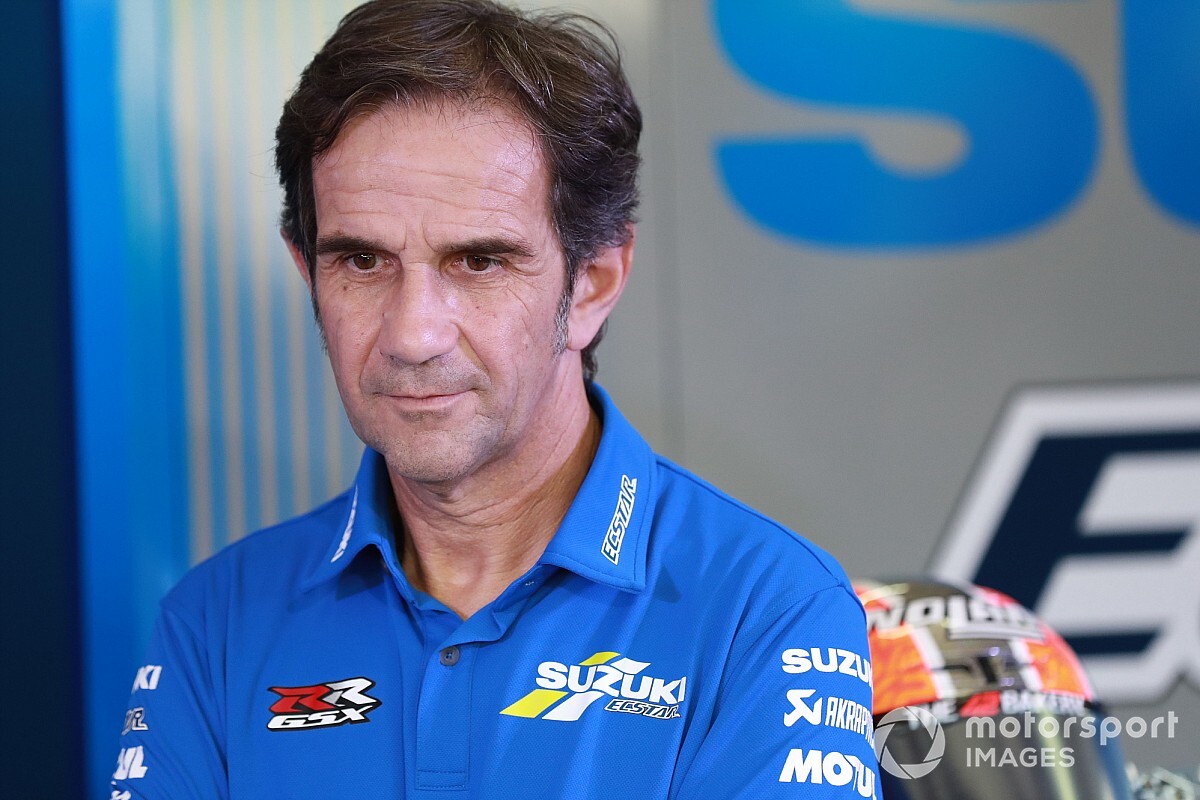 On Wednesday, Motorsport.com exclusively revealed Brivio would be leaving his role at Suzuki to become CEO of the Alpine F1 team in 2021.

On Thursday morning Suzuki confirmed Brivio's exit from the squad he has helmed since 2013 as it geared up for a full-time return in 2015, with the Italian having served a 20-year spell with Yamaha in both World Superbikes and MotoGP from 1990 to 2010 before that.

Brivio guided Suzuki to its first race wins since 2007 in 2016, with the marque ending a two decade world championship drought last year when Joan Mir won the riders' title.

With the 2021 MotoGP season due to start on 28 March in Qatar, and testing set to get underway in just over a month, Suzuki doesn't have long to try and fill Brivio's role.

“Sincerely, it was shocking news for us about Davide’s departure from Team Suzuki Ecstar," Sahara said of Brivio's exit.

"It feels like somebody took a part of me, because I always discussed with him how to develop the team and the bikes, and we’ve worked together for a long time.

"In 2020 we achieved fantastic results despite the unusual and difficult situation due to COVID-19.

"And 2021 will be an even more important year for us to keep the momentum. Now we are trying to find the best way to cover for the ‘Davide loss’.

"Luckily in most cases I have had quite a similar way of thinking to him, therefore it is not so difficult to keep the direction we should go as Team Suzuki Ecstar, I think.

"We would like to wish him the best of luck for the future.”

For his part, Brivio said he was "sad" to leave the "fabulous group of people" at Suzuki, with the Italian admitting the Alpine F1 opportunity came up "suddenly".

Renault has yet to make any comment on Brivio's future, but it is thought confirmation of his appointment as Alpine F1's CEO is imminent.