General Motors has dropped heavy hints that it will take the Cadillac brand back to the Le Mans 24 Hours if it gives the green light to its LMDh programme.

Laura Klauser, manager of GM's sportscar programmes, has revealed that bringing Cadillac back to Le Mans for the first time since the end of the Northstar LMP programme in 2002 is on the agenda for the American manufacturer.

"It will depend on if we are going down that path with Cadillac and the programme goals, but there are going to be some discussions about how to get to a certain big race that happens in France once a year," said Klauser, speaking in Le Mans.

"If that that is part of the requirement, then we need to make the decision on how important it is that we are here. Historically, I would say pretty important."

Klauser added that Cadillac is slowly growing a presence in the European road car market.

"To have the opportunity to complement that with a race programme is always exciting, but that decision hasn't been firmed up yet."

Klauser appeared to rule out a full-season attack in the FIA World Endurance Championship, at the centre of which Le Mans sits.

"There is always a very close discussion between us and the Automobile Club de l'Ouest [the Le Mans organiser and WEC promoter]," she said.

"Just spitballing, if you look at how the grid is shaping I don't think they would need the field to look extra nice." 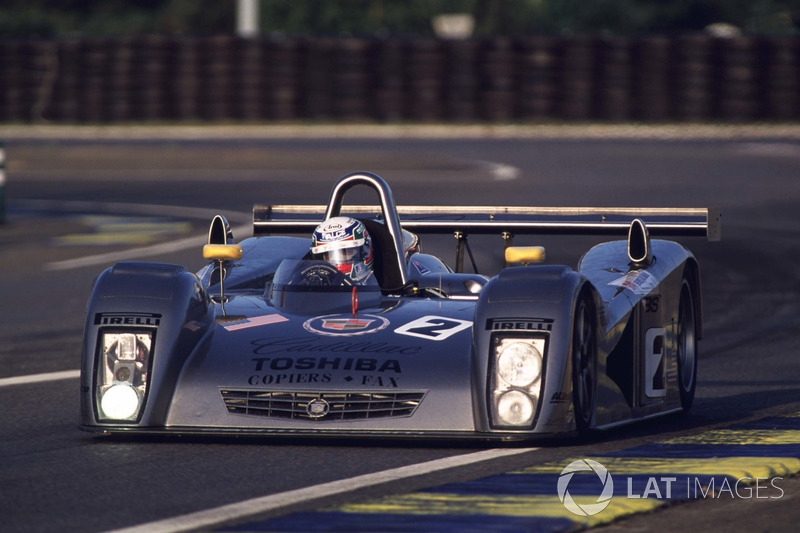 ACO president Pierre Fillon has intimated that there will be an expectation that manufacturers wanting to race in the top class at Le Mans when LMDh comes on stream will have to compete in at least some WEC rounds.

An announcement on the continuation of Cadillac's prototype programme, which began in IMSA's DPi class in 2017, into the LMDh era starting in 2023 has twice been delayed.

The delays have come at a time when GM is still formulating its racing plans for the Chevrolet Corvette after the IMSA WeatherTech SportsCar Championship's announcement that it is dropping the GTE rules to which the latest mid-engined C8.R is built in favour of GT3 for next year.

Klauser suggested that there would be no announcement on GM's racing plans for either Cadillac or Chevrolet until it has firmed up the direction for both brands.

"As soon as we are ready to say we are good to go, the announcements will be made," said Klauser.

She re-iterated Chevrolet's commitment to return to Le Mans in 2022 with the C8.R, but the future of the Corvette Racing programme beyond next year remains fluid.

IMSA has stated that Chevrolet will be able to race on with the C8.R in modified form in the GT Daytona Pro class for GT3 cars next year.

But this will be conditional on Chevrolet committing to developing a GT3 car for the future.

Klauser explained that GM is still seeking clarity on the future of GT racing at Le Mans beyond the ACO's present commitment to the GTE Pro and Am classes until the end of 2022.

She stressed the importance of Chevrolet being able to race in some kind of pro division at a time when speculation suggests that the ACO could be ready to slim the GT ranks down to single class for amateur line-ups.

"It is part of how we represent the brand, and the way we are able to bring our team and have the best of the best in the car.

"That's important: is it a deal breaker if we can't? We are not ready to say that."

She also stated that Chevrolet favoured there being a performance differential between pro and am classes, which IMSA announced last month will not be the case in when GTD Pro comes on stream in 2022.