Additional IndyCar double-headers in 2021 could include Iowa 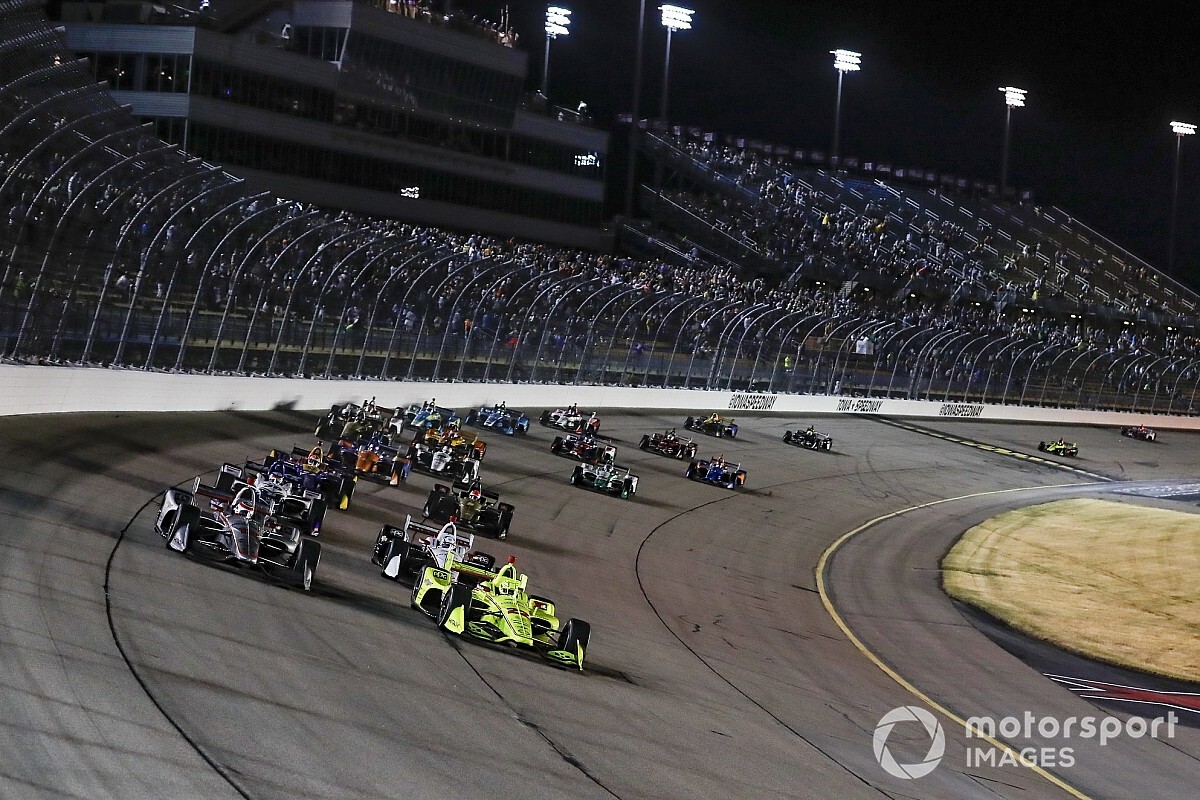 Michael Montri, president of this weekend’s NTT IndyCar Series event at Iowa Speedway, says he would be keen to see the 0.894-mile oval remain as a double-header event in future.

Although it was the Covid-19 pandemic that forced IndyCar to create more double-headers to replace canceled events – including, ironically, the series’ usual twin-race weekend at Belle Isle, Detroit – series owner Roger Penske has expressed some enthusiasm toward certain events becoming double-headers in 2021.

Asked by Motorsport.com if he would like to Iowa to retain this twin-race concept in future, Montri replied: “My day job is president of the Detroit Grand Prix. We're used to doubleheaders in Detroit. Certainly in Iowa this weekend, we’re looking forward to the doubleheader.

“Look, the schedule for next year obviously is a long way away, but I think one thing about the community here, they're very, very excited to have IndyCar coming 14 years in a row now. A great racing community, very supportive, so I don't see any reason why – certainly from a track standpoint – that wouldn't work.”

With the event having lost its title sponsorship from Iowa Corn in 2019, the search for a replacement is underway.

“NASCAR is the owner of the facility here,” said Montri. “Their team in the past has been in charge of getting sponsors, title sponsors. I'm representing IndyCar here as the promoter.

“We were a little late to the game this year. Certainly if we have a similar arrangement next year, [a title sponsor] will be the first priority.”

Mark Miles, president and CEO of IndyCar owners Penske Entertainment added: “If you can do two races and bring in more fans, that can make some economic sense. It's efficient for the team, even if it does create other strains for teams…

“It's efficient from a television point of view, especially in terms of the production costs – kind of the operating and overhead for TV.

“[But] I think it's a mistake to think our objective is to see how many double-headers we can do. It's been a terrific way this year to fill in where we lost some races due to COVID, when we really didn't have an opportunity to reschedule them.

“But we have a lot of really great venues, a lot of great promoters. Accordingly I think we believe being in more markets where the races work is important to us. I just don't want the idea that we're trying to see how many [double-headers] we can do to get misconstrued.”

Bobby Rahal said that from the team owners’ perspective, having double-headers on a more regular basis is difficult but feasible. He said there are certain logistical issues that lay an extra burden on the crews - and he would like to see the cars get more time on track.

Last weekend, Rahal Letterman Lanigan ran Graham Rahal in different colorschemes for the Saturday and Sunday rounds, with Total Quartz oil livery in the former event, 5th/3rd Bank in the latter. The team will find itself in the same situation at Iowa, with the #15 bearing One Cure primary sponsorship for tomorrow’s race, and the Hy-Vee supermarket chain colors on Saturday.

“If there was anything I would prefer to see is more time associated in terms of practice,” he replied. “I know the idea is to not run as much, minimize costs perhaps. Of course, I think because everything is so compressed, if you have a problem. If you had a crash in qualifying on Sunday at Elkhart Lake [Road America], you probably weren't going to make the race, even if it was repairable, because you just wouldn't have the time.

“I don't mind the two races per weekend. The only thing I would say, is if the teams face a situation like, for example, this weekend we have One Cure, our charitable organization with Colorado State University, the oncology program there at the veterinary hospital… On Saturday our client is Hy-Vee, which is a large grocery store chain in 12 states here in the Midwest part of the country.

“So it is the One Cure car on Friday, then everybody has to work like heck to turn the livery around so it can be the Hy-Vee car on Saturday. That's a challenge for teams given the way the rules are right now. But if those rules were changed to allow that kind of thing, then it's no big deal. We'll see.

“But I don't mind the concept of double races. Certainly Elkhart Lake is a track that can easily handle that. Mid-Ohio probably. I'm not sure of some of the others. I don't know if you'd want two races on a street race weekend, for example.

“I mean, it does save costs, there's no question of that. Again, you have to drive value for our sponsors and opportunities for our sponsors. Somehow that would have to all be worked out.”