Alonso surrounded by Indy 500 winners in bottom third of grid

Fernando Alonso will be disappointed to find himself only 26th on the 33-car grid for the 104th running of the Indianapolis 500, but he can take consolation from the fact that he’s surrounded by several former winners who have all struggled.

With the exception of Ed Carpenter Racing’s impressive rookie Rinus VeeKay, the fastest dozen runners in qualifying trim and with the spec BorgWarner turbos turned up to 1.5-bar boost were all Honda powered.

Team Penske-Chevrolet’s Josef Newgarden will start from 13th on the three-by-three grid on Sunday, Aug.23, but Roger Penske’s three Indy winners – Will Power, Simon Pagenaud and Helio Castroneves – will start from 22nd, 25th and 28th.

Following everybody's initial runs, 2018 Indy winner Power tried twice more to improve his speed, but abandoned the second attempt when his first lap didn’t match his previous best. Castroneves, a four-time polesitter at Indy who’s still seeking his record-matching fourth 500 win, did improve his speed on his second run, but so marginally that he didn’t improve his position, while Pagenaud – last year’s pole winner as well as race winner – emerged for another shot but felt uncomfortable about something with the left-rear and pulled in after just one lap.

Castroneves and Pagenaud had been cursed with late initial runs – literally the luck of the draw on Friday night – but given that Ed Carpenter, Conor Daly and Patricio O’Ward (all Chevy-powered) were able to improve their grid slots later in the afternoon suggested there were still gains to be found by some teams.

While O’Ward moved from 19th up to 15th, and fulltime Arrow McLaren SP teammate Oliver Askew tried and failed to improve his speed and will line up 21st, Alonso did not get sent back out.

Having finished Wednesday practice in the top five, and looking set for a similar result on Thursday until his sizeable shunt at Turn 4, Alonso has not looked strong since, finishing Fast Friday (the first chance to run at 1.5-bar boost) just 25th.

Although looking downbeat, he told NBC: "I feel good. Obviously we weren't competitive enough for the top nine, so we wanted a solid run in with no lifts, no drama, and put the car in the show.

“We weren't as quick as we wanted but we'll work on the car. If we are at the back, we need a good car in traffic. I think we are better in the race than qualifying pace. We have reasonable [race] pace. Yesterday we were a bit down and today we will also be a bit down as a team.

“We have more confidence. Ideally you want to start in front but let's see how we go.” 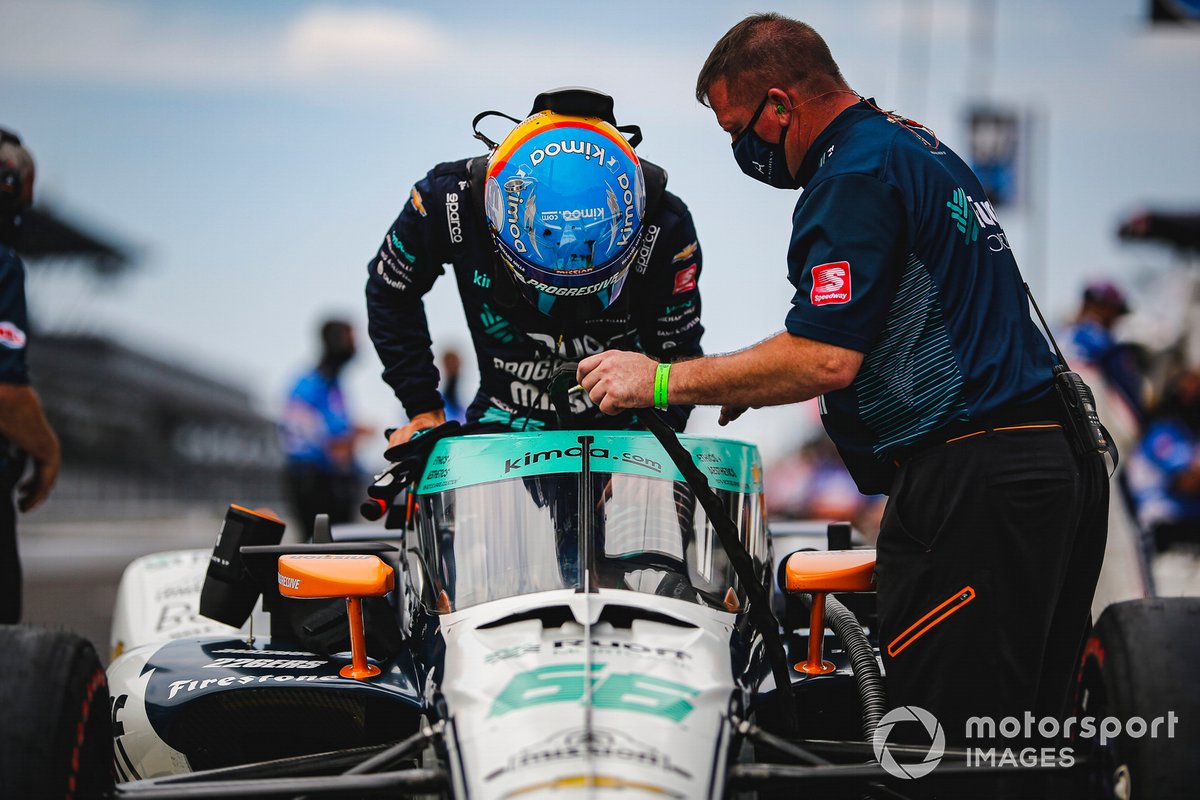 Team Penske drivers are consoling themselves with the same thought: that they have strong race setups. All four looked good on 1.3-bar boost on Wednesday and Thursday, with very strong average speeds over 30 laps (the approximate length of a green-flag stint. In addition, both Pagenaud and Castroneves appeared able to draft even strong Honda cars along the front straight, although they weren’t able to make the pass before the yard of bricks, which could prove crucial in late-race shootout.

Said Pagenaud: “It was an eventful qualifying session for sure. Certainly way too much sliding around, and certainly not fast enough either…

“We have a great racecar for the race. What bothers me the most is I wanted a fast time, and at Team Penske, that is what we expect.  So we will just have to work on it and make it better for the race next Sunday."

“We’ve all been really happy with the cars in race trim,” said Castroneves. “You hate to start that far back as you need to pass a lot of cars and use some strategy, but it can be done from there.”

“I’m not sure what else we could do out there today, I was wide open the whole time,” said Power. “We will just focus on the race and get back to race mode as a team.  We will keep the focus on that for tomorrow’s practice and work on the driveability of our car.

“This will be the furthest back I’ll probably ever started here, but you can win from anywhere in this race. It will be a long day, but we have a good Verizon 5G Edge Chevrolet. The guys have worked hard and I appreciate the effort. We will continue to work on the racecar and have some fun next weekend.”

Power will be starting on the inside of the eighth row, alongside yet another former Indy winner (powered by a Chevy) A.J. Foyt Racing’s Tony Kanaan. 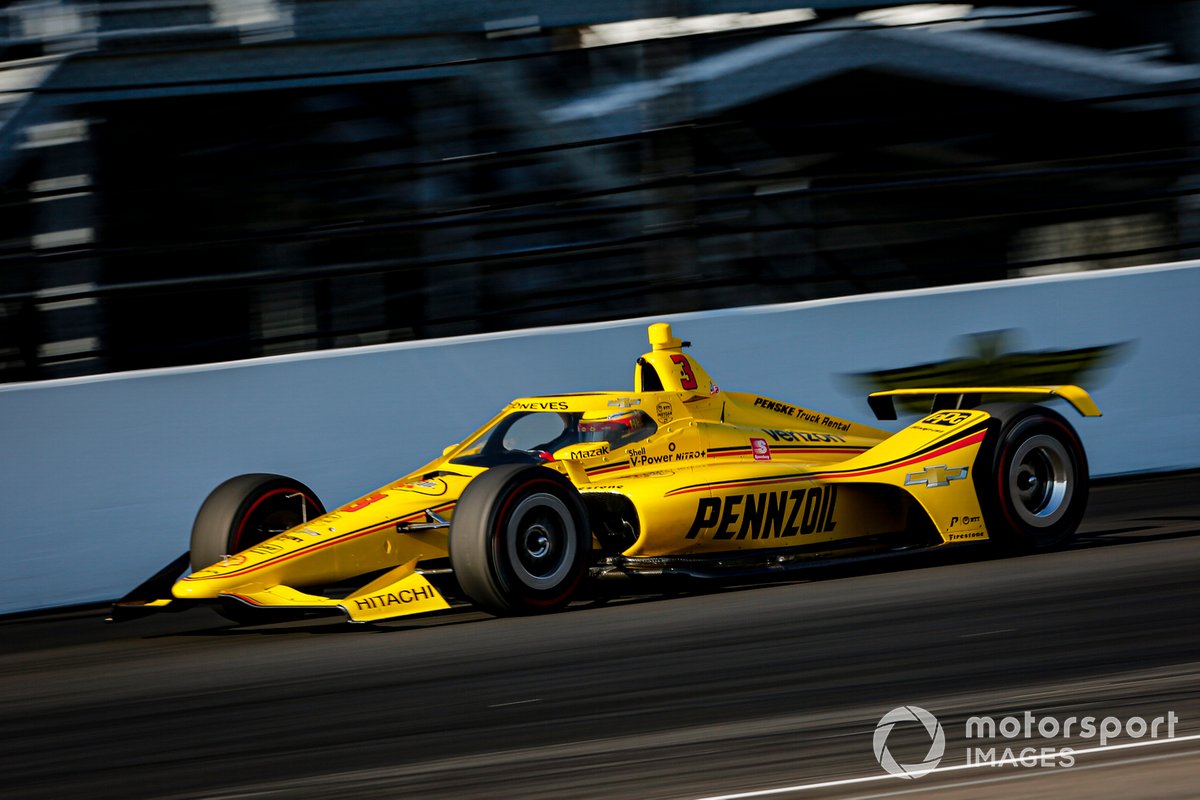 Andretti: Last two laps of quali run are “what we get paid to do”